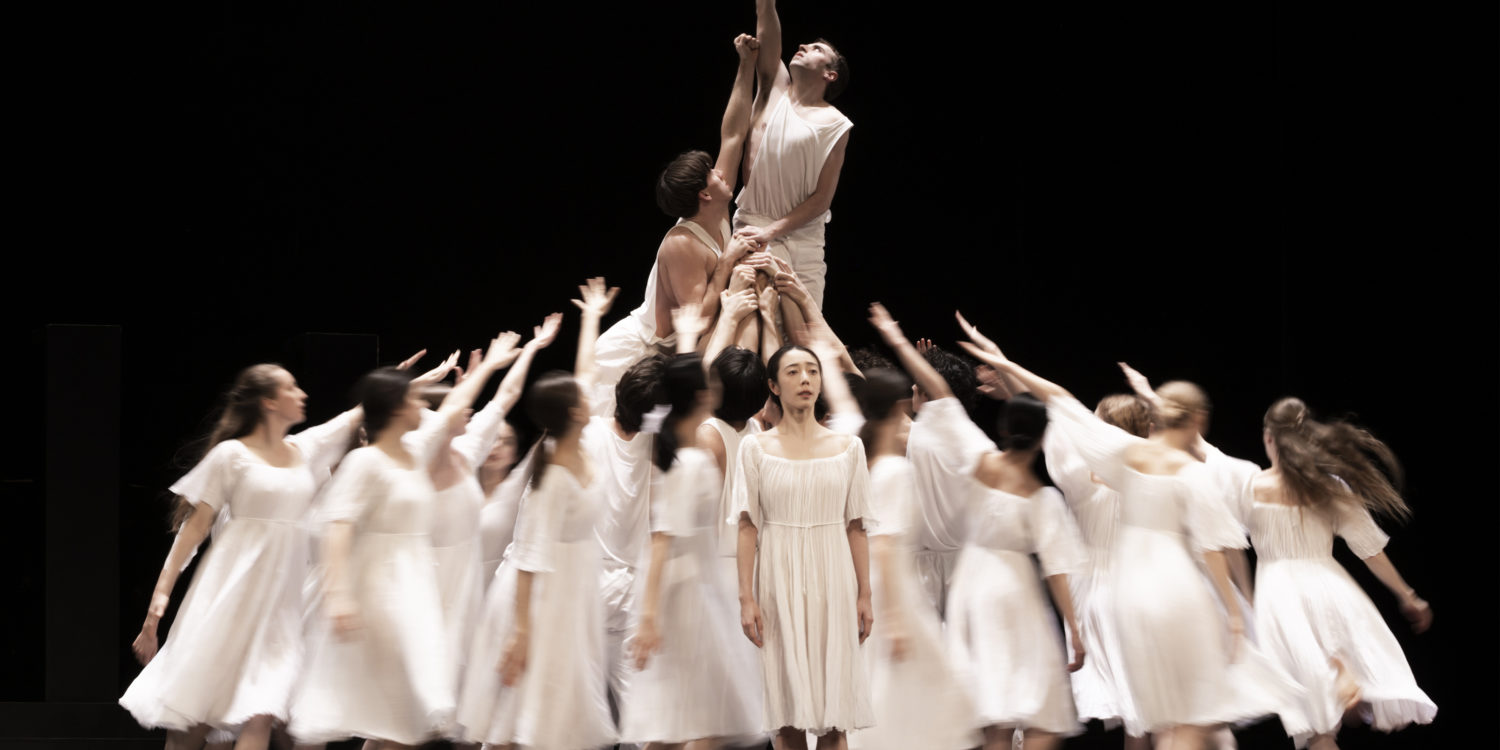 So what is Bach’s St. Matthew Passion? It is presented this month at the Dorothy Chandler by the LA Opera. But it is not an opera in the true sense. It is an oratorio. Like an opera there is a story, ‘The Gospel according to Matthew’. There are four hours of beautiful voices, with soloists, originally written to be part of the service before Easter. And it is a ballet produced by the Hamburg Ballet backed up by the LA Opera Chorus, and the Los Angeles Children’s Chorus, and of course the Los Angeles Opera Orchestra. Can you believe it? In Bach’s time there would have been not one, but two orchestras. It is an extravaganza of beautiful voices, beautiful music and beautiful bodies. It is an extravaganza that calls for a cathedral. But how then to stage the dancers? Oh well, that is not my problem.

There is controversy over whether it is even interesting or proper to pair dancing with the purity of the oratorio. Conductor Conlon discusses the controversy in the program. I lay my cards on the table. I found the dance mesmerizing. They are a large – at least 35 dancers — troupe, trained in classic technique but performing in an unquestionably modern style. At first I was not sure. Maybe the folks who say there is no place for dancing in an oratorio are right. In the beginning the dancing seemed forced, and frankly the music was uninspiring. But as the oratorio progressed I was pulled in by the faultless presentation and soaring voices. Four hours is a long time to sustain such precision. Yet there was nary a false step by the chiseled bodies on stage. John Neumeier’s choreography is original and graphically stunning. The simple white costumes provide no distraction and show the male bodies, in particular, to advantage

The Chandler is a cavernous stage. It works for the dance, but is more problematic for the production as a whole. James Conlon conducts from the pit but it appears unlikely he had sight line to the large Chorus behind a dark scrim in the very rear of the stage. The soloists perform from the pit. Although there are spots, it was not easy to find them from orchestra seats. This is my case for a cathedral. One must keep in mind; this production is a product of the Hamburg Ballet. I would therefore argue that dance is primary so it is fitting that, given the limitations of the venue, and given that this is The Hamburg Ballet original production, dance be given primacy.

Bach insisted that the oratorio follow the Gospel of Matthew word for word. Neither my husband or I have any background in the New Testament. The presence of the super titles provided an education, if only the supertitles were lowered to below the proscenium. I have whaled about this before. Having to search that far above the stage impedes following the action on the stage. Both are worthy of attention.

Four hours is a long production for modern audiences. In the Lutheran church where St. Matthew’s Passion was first performed, half way through there was a one hour sermon. Those folks were made of sterner stuff. Even in this sound-bite era, however, there is something to be gained by taking an afternoon or evening and letting oneself be absorbed by the melding of the music and the movement. You may not want to make programs of this length a regular habit, but as a special occasion it warms the heart and spirit.
Karen Weinstein

David Henry Huang’s libretto for “M. Butterly,” the world premiere opera that opened in Santa Fe on July 30, is...
Music

Set in a steep, verdant mountain valley, on an open-air stage surrounded by flowers, with trout-friendly Gore Creek running in...
Dance

“There will be dancing in the streets…” ODC celebrates its “50+” Anniversary with Summer Sampler, an enjoyable evening of five...
Dance