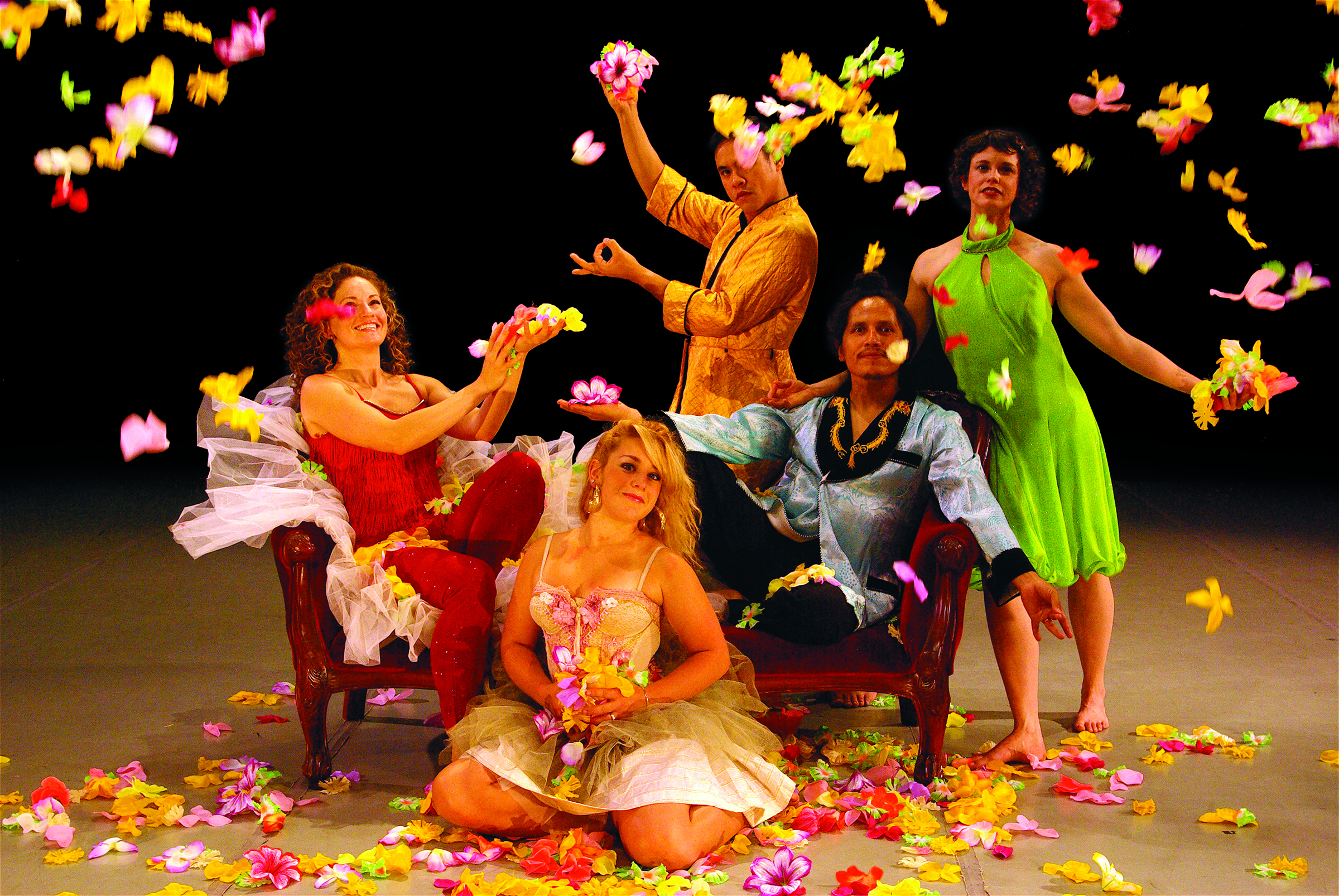 Krissy Keefer and members of the Dance Brigade, with choreographic
contributions from Sara Shelton Mann, have created a multi-media
ecstatic revel based on the Tibetan Book of the Dead. The book or
“Bardo Thodol” is to be “read to the dead while they are in the state
between death and reincarnation.” Keefer acts as narrator, high
priestess, and quiz show MC to dramatize the several episodes in the
process.

The company of ten dancers and three drummers enact the stages from
priormordial wisdom, everyday in the life, the death, the five Buddha
family, the gate keeper of hell, and finally confrontation and
confession toward a celebration of rebirth. Keefer, master of costume
changes, appears between sections to guide us on. Although her words
are sometimes drowned under the score, she prevails as the dominating
force, the voice of wisdom.  She is particularly effective in the
‘quiz show’ section, questioning the dead woman’s truth. For a moment,
humor interrupts the sacred service.

The dancers are exuberant and remarkable, taking many roles, performing
with high energy and acrobatic skill. For this viewer, the most
pleasing dance is that between Ramon Ramos Alayo and Tina Banchero,
designated Samantabhadra and Samantabhadri. These two dominate the
scene throughout, as “priormordial wisdom.” Their opening duet is slow
and sensual, displaying their ability through extended lifts, wide
gestures and full locomotion. Later, these two take other roles, but
their skill always attracts audience attention.

As the “deceased”  (Lena Gatchalian) moves through dramatic changes;
she portrays her character with determination and purpose as central
figure of attention. The continued use of flinging lifts, acrobatic
falls and general jumbled duets leads the production to fever pitch
level, at times overwhelming the serious intent of this production.
What saves it is the wonderful drumming of Karen Elliot, Bruce Ghent,
Richelle Donnigan..and Debbie Taylor who provide the energy for the
dancing, the drumming choreographed to include the dancers. Some quiet
meditative moments would dramatize the story and provide welcome
contrast to the work’s frenetic pace and intensity.