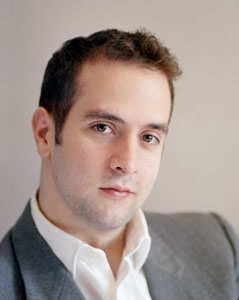 Steve Reich, Philip Glass, and Arvo Pärt’s compositions rank among the most inspirational for choreographers, at least in my neck of the woods. Reich and Glass are beloved for their muscular propulsiveness, their vigorous rhythms, their hypnotic threads. But it is Pärt’s compositions that invite collaborators into a shared space, a helium-filled elysium, or on Earth — in the earth, rich with dirt, minerals and other creatures. The Guggenheim Works & Process series focused on Pärt as a muse for artist Sophie Calle, choreographer Christopher Wheeldon, and another composer, Tarik O’Regan.

Wheeldon, artistic director of Morphoses, has done some of his finest work to Pärt, and it is perhaps not a coincidence that NYCB ballerina Wendy Whelan — another of Wheeldon’s muses — is usually the star. Two duets done for NYCB were performed at the Guggenheim: Liturgy (2003), featuring Whelan with Albert Evans, and the pas de deux from After the Rain, which she danced with Sébastien Marcovici.

Both duets were originally choreographed on Whelan and Jock Soto, who danced together like fraternal twins. But Whelan is such a generous performer, and her current partners so capable, that the two works glowed, especially seen from a close proximity. Wheeldon’s duets have a special resonance – the female/male interplay underscoring the music’s melody/bass; often companionable, sometimes in tension.

Tarik O’Regan, a British composer born in 1978, presented The Woven Child, with libretto by Anna Rabinowitz. It might be daunting for a young composer to be juxtaposed with a master like Pärt (born in 1935 in Estonia), but his composition definitely felt aurally akin – the notes arranged spaciously for miles, and then pooling into a dense symphonic chord. Soprano Caroline Worra’s vocal line paralleled the cello’s, wavering, blending, teasing; violin notes darted rapidly. Then came a hymn-like section, imbued with hope, patience, yearning.

Sophie Calle’s mini-opera, L’abbé Agathon, centered around a large video projection, next to which sang Worra; the orchestra hovered in the small balcony space. Calle recited text, then for many minutes we heard Pärt’s score while we watched what seemed to be a still of Calle’s mother lying in bed. But it became apparent that it was a video when visitors checked her pulse and her breath repeatedly. We were watching her mother, immobile, in the process of dying. Here, the artwork moved into our heads, each audience member either repulsed that a sacred line had been crossed, impressed with Calle’s nerve, or sorrowful at her mother’s passing. Or all three, like me.

Calle frequently mines her own life for subject matter, as seen in this clip. She explained her actions in the panel discussion moderated by Nigel Redden. She said she decided to record her mother’s final week on video so that she wouldn’t miss a final word, wish, or breath… that her mother, an unconventional personality, would’ve approved, and that she felt like the camera was a kind of companion. Originally done with Mozart for the Venice Biennale, Calle pointed out that there, you could leave if you didn’t want to watch, unlike us. Taste level aside, the work became a monument to her mother’s life and death. We have seen such bold, wrenching work from late artist Hannah Wilke, who documented her mother’s — and her own — death, but it was not made into an opera. And Wilke made extensive (often savage) documentation, allowing the viewer to mentally ease into the situation.

Oh, and the Pärt, yes… sadly, it became overshadowed by the shock of the video. But it moved through patient rhythms, declamatory chords, clusters of huddled notes, jaunty plucked violins, delicate and playful melodies, cascading shimmers. Its glories could be appreciated best with the occasional closed eyes.