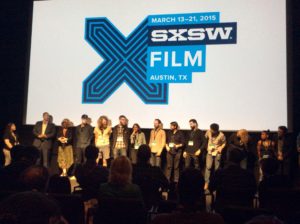 I’ve already discussed my Top 5 favorite films of SXSW 2015 (and five notable shorts), so before we look ahead to 2016, here are some final highlights from (and thoughts on) the festival just past.

This year’s Grand Jury and Audience Favorite Awards were in total alignment in terms of crowning SXSW 2015’s Best Narrative and Documentary Features, providing two good reasons to seek out writer/director Trey Edward Shults’s family dysfunction drama “KRISHA” and “Peace Officer”, an exploration of American police militarization by the directing team of Scott Christopherson and Brad Barber. And while I missed both of those films in Austin (as well as the Narrative Short winner “Pink Grapefruit,” directed by Michael Mohan), I can definitely vouch for the excellent Best Documentary Short Winner, “Boxeadora” (directed by Meg Smaker). 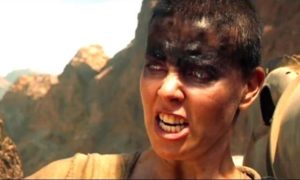 A pristine new print of the 1981 action classic “The Road Warrior,” some secret footage from the upcoming 2015 sequel “Mad Max: Fury Road,” and a brief Q&A with the franchise’s own Ayatollah of Rock and Rolla, George Miller, lured festival-goers to a packed special event at Austin’s cavernous Paramount Theater hosted by Hitfix/Ain’t It Cool News uber-geek Drew McWeeny. And while it’s encouraging that the excerpt from Miller’s latest cast a familiar anarchic spell (thanks to clever, fast-paced fight choreography and a riveting performance by Charlize Theron as the appropriately named wasteland smuggler, Furiosa), the main event screening of its timeless, pre-CGI predecessor made a strong case for the earlier film’s inherent superiority, providing a visceral reminder of the power of old school simplicity 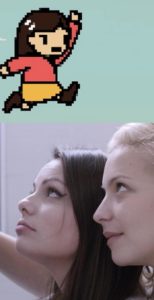 A great part can often catapult an actor to stardom, but it’s also true that a memorable performance can elevate an otherwise forgettable film — and that latter scenario was in full effect during writer/director Gary Gardner’s feature debut “The Nymphets”. The story starts strong with a fidgety sense of foreboding as Joe, a self-involved yuppie (Kip Pardue), lures a pair of giggling, oddly menacing vixens back to his man cave. Poor Joe seems overmatched from the start, like a sailor being lured to his doom by mermaids — yet it soon becomes clear that Gardner doesn’t really know what to do with the young ladies, either. That’s a shame, because his two title characters (Jordan Lane Price as Allyson and especially Annabelle Dexter-Jones as Brittany) radiate enough vibrant, carnal star power to make you wish both nymphets could ditch the guys for more (and better) movies. And speaking of women who deserve better, media critic and cultural lightning rod Anita Sarkeesian brings her own brand of girl power to “GTFO: Get The % Out”, a fairly one-sided advocacy documentary by Shannon Sun-Higginson about an issue which pretty much only has one side (despite the misogynistic howling of “Gamergate” trolls): i.e., the rampant, paleolithic sexism of the current gaming world, from flippant rape jokes among players to industry depictions and preconceptions about interactive creators and consumers with XX chromosomes.

4.Whenever Possible, Include Captain Sensible in Your Music Documentary. 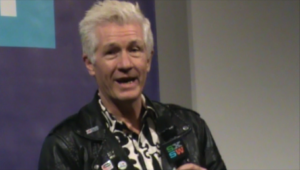 Music documentaries have long been a staple of SXSW’s film festival programming, with the best providing a narrative hook as compelling as a good riff from the performer(s) in question and the rest featuring an uneven hodgepodge of anecdotes, tributes, and tunes. I was hoping Don Hardy, Jr.’s “Theory of Obscurity: A Film About The Residents” would be more an example of the former, given its focus on the mysterious, eponymous cult band that’s kept its members’ identities hidden behind giant eyeball masks for the past 40 years. Unfortunately, little of interest is revealed in Hardy’s film beyond the basic suggestion that the Residents are a savvy art collective with a good gimmick and marketing skills superior to their musicianship. Wes Orshoski’s “The Damned: Don’t You Wish That We Were Dead” is likewise more of a scattershot discussion of its titular subject than a focused non-fiction drama — which is probably inevitable, given the band’s sprawling roster of personnel over the years (at least two dozen to date, including the star of the director’s previous film, “Lemmy”), coupled with the fact that The Damned never really rose or fell in the years since they (arguably) issued England’s first punk rock single (“New Rose”) in 1976. Instead, different incarnations of the band have simply been plugging away ever since — which wouldn’t necessarily be all that cinematically interesting were it not for the opinions and personalities of the individual musicians, particularly Raymond “Captain Sensible” Burns, a natural born raconteur who steals most of his scenes while providing Orshoski’s film a crucial shot of star power.

5.The McDonald’s Lounge Wasn’t the Worst Thing at SXSW 2015 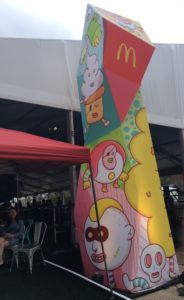 And finally: what makes SXSW such an amazing film festival is the fact that the movies are just a part of the overall experience, a dizzying convergence of pop culture, cuisine, politics, technology, and marketing awash in a veritable sea of free booze and complimentary ice water. Thus, in one week, I was able to sample dozens of movies while also taking in standup by Bill Burr, Sasheer Zamata, and an oddly dyspeptic Al Madrigal at the venerable Austin nightclub, Esther’s Follies. I enjoyed sets by raucous “why aren’t they famous yet?” Austin bands like Sweet Spirit and Shoulders at day parties and SXSW-adjacent happy hours. And I was oddly charmed and inspired by the DIY ethos of boys and girls learning to solder their own electronic components at the free, open-to-the-public SX Create event (itself an offshoot of SXSW’s interactive conference). Of course, the downside of all that energy, excitement, and international attention is the ongoing fear of SXSW shifting its focus from struggling artists to corporate overload (infamously symbolized by 2014’s giant “Jacked” Doritos vending machine stage). 2015’s McDonald’s Lounge seemed like a continuation of that ominous trend, exacerbated by a controversy over artists’ fees for bands playing the event. Yet that squabble was eventually resolved, and in light of the corporation’s decision to start paying its employees a slightly less terrible wage, I’ll admit that it was actually nice to be able to duck into the tent for a quick sit and a free breakfast — and besides, what indie filmmaker or musician hasn’t stretched their budget with an occasional Big Mac over the years? So, no, the McDonald’s Lounge wasn’t the worst thing at SXSW 2015, nor did that honor fall to the far more dissonant sight of a Neiman Marcus sponsored event (which at least purported to champion “bold women with bold voices”). No, for all the festival’s overcrowding and overbranding, the worst thing about SXSW 2015 was actually the endless construction (of luxury condos, luxury condos, and more luxury condos!!!) around every nook and cranny of its host city — making it all too easy to worry about the future of Austin and one of its signature events (even while hoping both will somehow manage to keep weird in the boomtown years ahead). 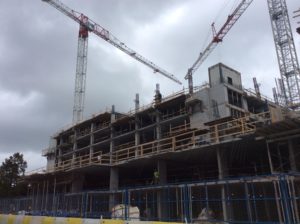