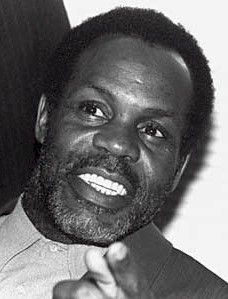 Something like an Abel Ferrara take on Jim Jarmusch&#146;s Night On Earth, 3 A.M. is an interesting attempt at a movie, which fails because it overstuffs itself. There are at least four plots here, each one jockeying for attention and distracting from the others. One story would have been better served as its own movie; another should have been excised entirely. Still, there are solid moments, a lot of them, and they come at a steady pace&#151;the movie never drags.

The action centers around a failing New York taxi company. The owner, Box (Sarita Choudhury) is struggling to keep it alive, but she&#146;s hemhorraging drivers because there&#146;s a maniac out robbing and murdering them. In one story line, she is struggling to come up with cash to bail the company out of its latest financial hole; at the same time the screenplay follows the stories of three drivers.

The first is Hershey (Danny Glover), an ex-basketball player who&#146;s trying to keep his relationship with waitress George (Pam Grier) afloat, even though she wants him to get a safer job. She&#146;s constantly trying to fend off the advances of Ralph, a construction worker played by Paul Calderon (probably the most underrated member of this cast&#151;his work is fine and subtle). This plot is somewhere between solid and stolid; it&#146;s familiar working-class-drama territory, but Grier and Glover have the faces and the life-mileage to pull it off.

Another driver is Salgado, a troubled Latina tomboy played by troubled Latina tomboy of the moment Michelle Rodriguez. Rodriguez is okay, but this is her third movie in two years and she only plays one character&#151;she ought to head to the video store and bone up on Rosie Perez&#146;s career, before it happens to her. The final plot, and the most useless one of the bunch, is the story of Rasha (Sergej Trifunovic). He&#146;s a fugitive from Bosnia, a fact which is dropped in for no reason at all other than possibly to insert some note of contemporaneity&#151;without it, this movie could easily have taken place anytime in the last twenty-five years. Its bleak, violent, neon-spattered New York is yanked whole from Paul Schrader&#146;s nightmares, with virtually no screenplay concessions to Giuliani-era &#147;reforms.&#148;

This movie isn&#146;t totally incoherent&#151;most of the stories get some kind of resolution, however tacked-on or slapdash they may seem (particularly the Rasha plot, which uses a ridiculously nonchalant hit-and-run as its catalyst and then almost literally goes nowhere). Rodriguez’s story could have been fascinating and suspenseful, had it been given 90 minutes to develop. The abuse and trauma of her childhood have driven her insane, and she believes a passenger she’s picked up is the Devil. (All that’s really wrong with him is some unfortunate facial hair.) But the childhood trauma, just like the hit-and-run and the robberies/murders, isn&#146;t revealed with anything like impact. Director and writer Lee Davis hasn&#146;t quite figured out how to build drama. Plot points just sort of lumber into view, shuffle from foot to foot, and then lumber offstage again, and the viewer never quite cares. 3 A.M. makes you feel like you&#146;ve been up all night yourself&#151;too bad its bleary, too-exhausted-to-make-sense feel wasn&#146;t intentional.