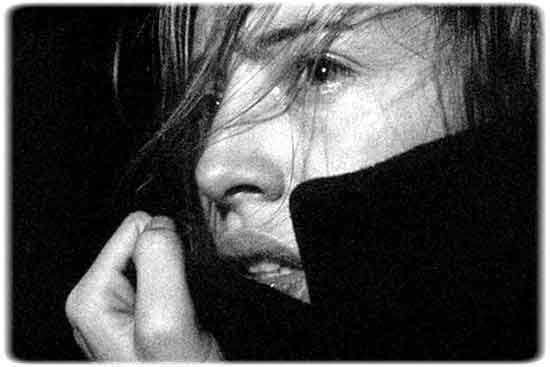 Director Benoit Jacquot has more than two dozen movies to his credit, but few have been distributed in the United States. His 1995 film, A Single Girl, is centered on Virginie, a young woman who confronts both psycho-sexual balances of power between the sexes and economic balances of power between classes. In that sense, Virginie might be the cousin of Lili, the central figure in Jacquot’s current release, A Tout de Suite. The films are also connected by Jacquot’s compelling interest in the New Wave–films of Godard, Truffaut, and Rohmer. A Tout de Suite, shot in somewhat grainy black-and-white and placed in 1974, evokes the feel and the sensibility of the New Wave while retaining a decidedly contemporary tone.

Unlike his interesting, but somewhat diffuse Seventh Heaven, Jacquot stays tightly focused in A Tout de Suite, drawing a vibrantly complex portrait of Lili. The other characters remain undeveloped, functioning to advance the narrative and to provide Lili a context. At 19, she is an art student, living with her emotionally distant father in the bourgeois comfort of a large Paris apartment. She’s had an affair, unsatisfying, she says, in being only about sex. She’s independent and strong-willed, but still unformed in her direction; frustrated with the status quo, she’s ripe for a breakout.

It happens quickly. At a nightclub, she is drawn to Bada, a handsome, somewhat reticent, young Moroccan; she sneaks him into the apartment where she is the sexual aggressor. The next day he buys her an expensive bracelet. The money, he tells her somewhat vaguely, is from "real estate." Soon enough Lili learns that Bada is a thief. He’s party to a bank robbery that has gone awry–a cashier has been shot dead. Bada and his accomplice are on the lam and Lili is quick to provide aid and run off with them. With forged passports they travel to Spain, Morocco, and Greece; their fortunes grow progressively dimmer.

Ultimately Lili’s love and commitment are put to the test. In the process, she has broken out of the stultifying status quo of her previous life, but she also learns than loss and pain are an integral part of the intensity of being alive.

Isild Le Besco, as Lili, is on screen for just about the entire film. She inhabits the role completely, from the passion of her young love to growing doubt and loss, but she convinces without histrionics, subtly working the emotions from the inside out. Her sultry face, puffy eyes, and sensuous lips project here a sense of vulnerability that belie Lili’s willfulness, while, at the same time, explaining why she is so attractive to others.

Jacquot keeps the narrative moving, adding bits of business with a housemaid here, a bullfight there, even a telling exchange in a scene with her absentee mother, all intended to put Lili’s experience into a context. Comparisons to classic films of couples on the lam (Bonnie and Clyde, Badlands) are inevitable, but A Tout de Suite is not about the couple (Bada is never fully realized as a character). It’s all about Lili, bursting out of sheltered childhood into the unpredictable vagaries of life in the real world. She will be hard to forget.