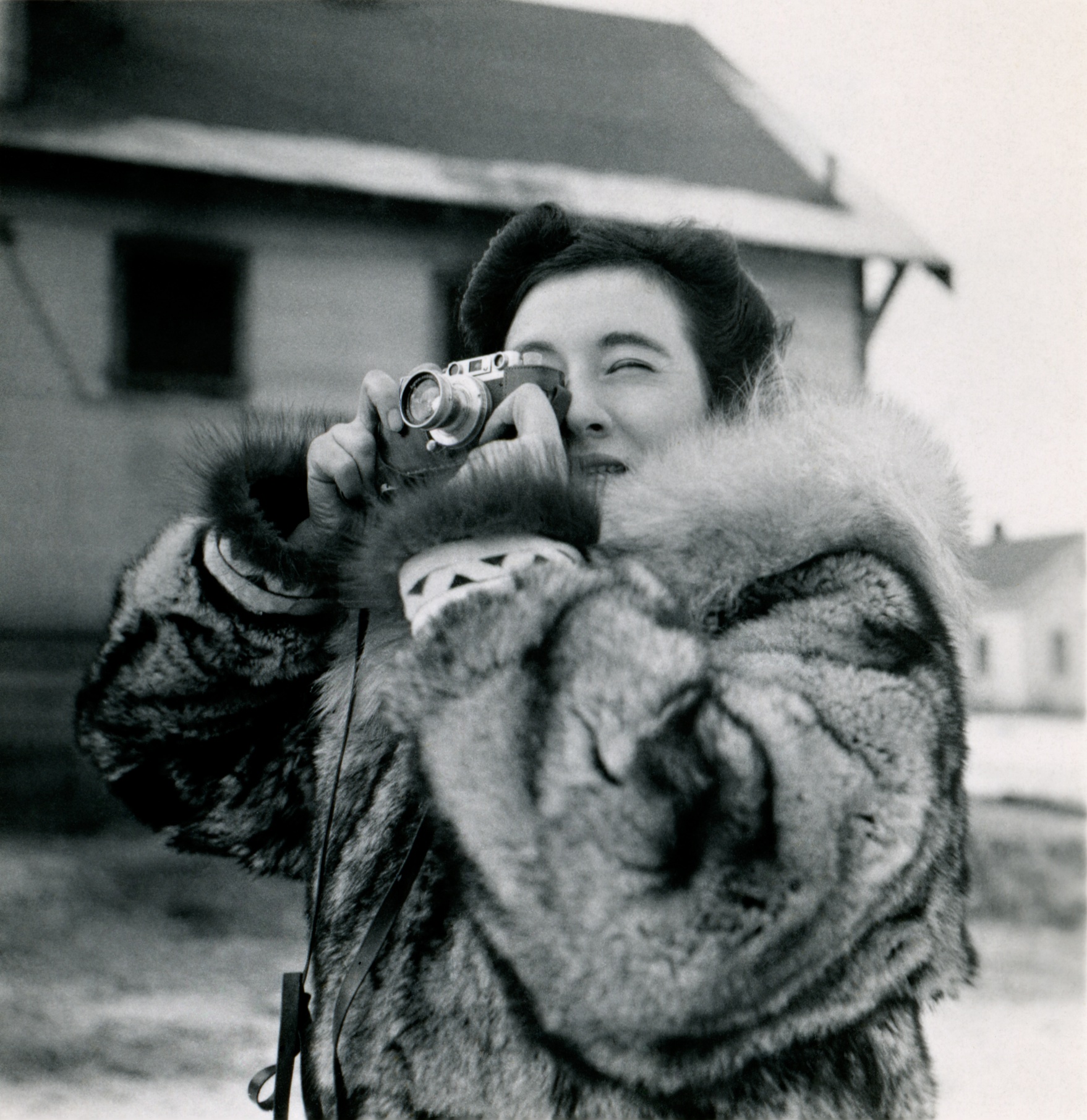 Ruth Gruber was a journalist and photo-journalist before that was a “proper” career for a woman. She was the first journalist to travel to the Soviet Artic; she spent 18 months in Alaska as an emissary for Secretary of the Interior Harold Ickes; in 1944, she escorted 1,000 Jewish refugees to America; she covered the travails of the legendary ship Exodus in 1947. Ruth Gruber met Eleanor Roosevelt, Harry Truman, David Ben Gurion, and Virginia Woolf, on whom she wrote her Ph.D. dissertation at the age of 20. She is the author of 19 books.

At 99, Ruth Gruber was and is an inspiration.

Ahead of Time is Bob Richman’s directing debut, and he’s learned from the directors he’s worked with as cinematographer on such films as September Issue and An Inconvenient Truth. Using the standard repertoire for documentaries-interviews, archival footage, narration by the subject herself-Richman maximizes Gruber’s own remarkable story, keeping interviewers in the background. In addition to Gruber, there are a few other interviewees-Israeli historian Tom Segev, the captain of the Exodus, the leader of the ship’s refugees-and during those, the film stalls a bit. But not when Ruth Gruber is on.

Stylishly dressed and in full makeup, Gruber recounts her experiences with wit and energy and without braggadocio. Born in 1911 “in a shtetl called Brooklyn,” she entered New York University at 15, and, after graduating, got a fellowship to attend the university in Cologne, Germany, where she saw and heard Hitler, “a madman.” But, returning home, she couldn’t find a job until an article about Brooklyn got her hired at the New York Herald Tribune.

“I wanted to encompass the whole world-I wanted to know what everything is like,” she says. She quickly realized the importance of understanding the feelings of the people she interviewed, and her energy and skill got her into places that no journalist-let alone a woman!-had gone before.

At the same time, Gruber became involved in “rescue and survival,” which led to the assignment to escort the Jewish refugees (speaking both German and Yiddish made her accessible to them) and, later, a gig covering the Nuremberg war crime trials.

At 40, Ruth Gruber married and subsequently had two children, though that part of her life isn’t covered in the all-too-brief film. Gruber’s own movies, mainly of her Alaska stay, and her stunning black-and-white photos, mainly of refugees and passengers on the Exodus, are noteworthy additions to the film.