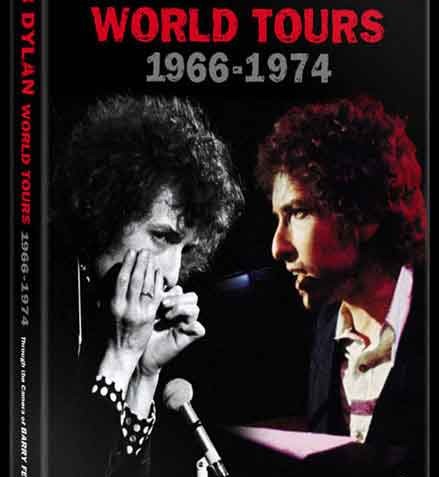 One of the hardest things about being a completist, of any artist&#146;s body of work, is never being able to escape the worry that there&#146;s some gem out there, eluding even the most diligent collector.Fans of Bob Dylan have long been dedicated to searching out the man&#146;s marginalia, from the Basement Tape recordings to his sessions with Johnny Cash.Super-fan Joel Gilbert has now put out a documentary focused on Barry Feinstein, Dylan&#146;s official tour photographer for his 1966 world tour and his 1974 return to the road with The Band.Unfortunately for Dylanologists, Gilbert is more interested in his own story than the man whose photographs he seeks out.

Unable to garner official licensing permission to use Dylan&#146;s music, or at least unwilling to try, Gilbert calls upon his own moonlighting persona&#151;as frontman of Highway 61 Revisited, the (self-proclaimed) world&#146;s only Bob Dylan tribute band&#151;to lend weightless cover accompaniment to Feinstein&#146;s photos.Anyone who&#146;s seen footage from Eat the Document, Dylan&#146;s aborted 1966 film of the European leg of that tour (his first to feature electric live shows) knows how energized the music was. Feinstein&#146;s photos capture that raw energy.He follows Dylan in his most prolific phase, as amphetamines and Carnaby Street fashions lead to the skewed perfection of Blonde on Blonde and, eventually, Dylan&#146;s fatigue and seclusion. Gilbert travels to Woodstock, NY to find Feinstein and his cache of photos, many of which haven&#146;t been shown publicly before. Decked out in Dylan drag, Gilbert stops along the way to scour the former hippie haven for burnouts, and in one particularly caustic and offensive scene, he leads one such strange tripper to believe he is in fact Bob Dylan.

Of course, the photographs speak for themselves, and Gilbert smartly uses the same 3-D imaging that&#146;s popped up in recent photo-documentaries like The Kid Stays in the Picture and In the Realms of the Unreal to give the snapshots of Dylan an added kinetic touch. Good thing too, since Gilbert and Feinstein don&#146;t exactly generate legendary discussions of their content. As they peruse them, Gilbert asks questions like &#147;Did [Dylan&#146;s] hair look the same in the morning as it did in the evening?&#148; Feinstein&#146;s responses tend toward the vague, as when he describes some Dylan lyric as being &#147;some kind of sign of symbolic something of the times.&#148;

The film jumps to life when Gilbert travels to Manhattan to interview A.J. Weberman, founder of Dylanology and a noted kook who started a fad of going through Dylan&#146;s trash in the early seventies.It&#146;s unclear why Gilbert seeks out Weberman, except to bridge the two sets of tour photos with some extraneous biography, but it&#146;s a welcome respite from the shabby recreations of Dylan&#146;s motorcycle accident in Woodstock.If Gilbert is a low-rent Dylan knock-off, Weberman invented Dylan exploitation.A rapid-fire ex-Yippie paranoiac, he&#146;s a legitimate kook who shows up Gilbert&#146;s hokey simulacrum.Infamous for selling his bootlegged phone conversations with Dylan, later provoking Dylan to assault him, Weberman comes off penitent and punchy, like the Rupert Pupkin of Bleecker and MacDougal.

Gilbert&#146;s film returns to Feinstein, ultimately, in a look at his color photos of the 1974 tour (documented as the live album release Before the Flood). His camera again finds an artist whose continued explorations in songwriting and persona make him one of the most enigmatic pop culture figures.It&#146;s not surprising that Gilbert&#146;s documentary does little to change this.