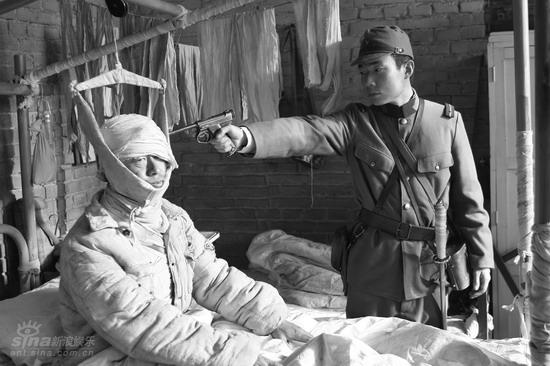 For China, the Nanjing Massacre, or the Rape of Nanking as it is sometimes called, has long festered as a national trauma, yet it is not widely known in the West as one of the precursors to World War II. The Japanese invasion of Nanjing created casualties numbering in the hundreds of thousands, mostly civilian, while tens of thousands of women were raped. To this day, it affects how many Chinese view Japan while some Japanese nationalists have disputed the enormity of the atrocity and have taken up a role similar to Holocaust deniers. These politics have even affected the distribution of writer-director Lu Chuan’s “City of Life and Death,” which covers the Nanjing massacre in all its horror. Although a box office success in China, the film was pulled from Chinese theaters after some controversy over the positive depiction of the central Japanese character, Kadokawa (Hideo Nakaizumi). The Chinese Film Board’s interference caused original U.S. distributor National Geographic Entertainment to drop out and be replaced by Kino, but the film will finally be getting its U.S. release.

Lu Chuan, the talented filmmaker who made “Kekexili: Mountain Patrol” and the flashy “The Missing Gun,” got what looks like a large budget for “City of Life and Death,” and his aim appears to be to make the definitive cinematic statement on this historical event. He vividly recreates the imagery and atmosphere of what one imagines Nanjing would look like then. Devastated buildings and rubble strewn the landscape over which Chinese and Japanese soldiers skirmish. Shooting in wide-screen and black and white with a handheld camera, Lu might be aspiring to his “Schindler’s List.” All the carefully framed compositions demonstrate Lu’s impressive aesthetic chops on the formal level.

Insofar that the movie concentrates on story, it follows four characters. General Lu (Liu Ye) makes a last desperate stand against the Japanese. Mr. Tang (Fan Wei), a translator for Nazi John Rabe (John Paisley) who is trying to protect Chinese refugees, depends a little too much on Rabe to protect himself and his family. Miss Jiang (Gao Yuanyuan) works in a safety zone to save as many people as possible, particularly women from rape. And compassionate Kadokawa, stunned by all the brutality administered by his fellow Japanese soldiers, naively falls in love with a prostitute.

But the horror – images of decapitated heads hanging from ropes, a montage of executions by machine gun, bayonet, incineration, and being buried alive, the casual and abrupt murder of a child – overwhelms the story. Like “Blackhawk Down,” “City of Life and Death” is very capable of generating strong visceral reactions, but also like “Blackhawk Down” and the recent “Incendies,” it doesn’t give a larger context to the events depicted. This opens up the question of how worthwhile it is to subject the viewer to so much barbarity without a thematic structure to give it greater meaning than terrible, terrible things happen in war.

“City of Life and Death,” like “Schindler’s List” before it, makes it easy for the viewer and the critic to falsely conflate the importance of historical events with the importance of the movie covering them. What Lu Chuan has done here is not a minor achievement, stirring in scale and emotion while memorializing an atrocity, but it does not enlighten.