After the lackluster 2012, 2013 was a superb year for movies delivering excellence in every genre from dramas (“The Wind Rises,” “Captain Phillips”) to comedies (“American Hustle,” “This Is the End”) to documentaries (“Twenty Feet from Stardom,” “The Act of Killing”), but explorations of romantic relationships ruled the roost as we look at the best of the best of 2013 in the opinions of this reviewer.

2. “Blue Is the Warmest Color”

4. Derek Cianfrance, “The Place Beyond the Pines” 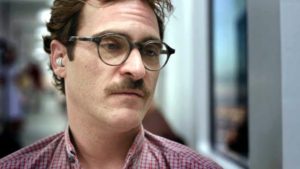 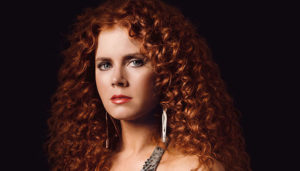 5. Seth Rogen, Evan Goldberg, “This Is the End”

There were many good films in 2013, but not many great ones, at least not that I saw. There were many visual effects features, too many unfunny comedies and not many historically based films. This was a year for American films — about contemporary Americans. My list is based on the films I saw last year, so it’s doubly selective.

For Best Picture, my vote goes to “American Hustle.” It has it all. Great story and direction and fabulous ensemble cast.

For Best Direction, I like David O. Russell for “American Hustle.”

I like Tom Hanks as Best Actor. Yes, he’s won before, but his performance in “Captain Phillips” is outstanding.

As Best Supporting Actor, my vote goes to Barkhad Abdi for his performance in “Captain Phillips,” which, remarkably, is his first film role. But Bradley Cooper (“American Hustle”) is also a strong contender. He’s done a lot of fine work lately.

I vote for Jennifer Lawrence.

“The Attack,” written and directed by Ziad Doueiri, is an exceptional dramatic film about an Arab surgeon working in Tel Aviv, who learns secrets about his Palestinian wife after a suicide bombing.

I love this film, which explores the lives of back-up singer

By early summertime, 2013 seemed so parched for decent movies that I latched onto “Frances Ha,” “Before Midnight,” ” Blue Jasmine,” and even, God help me, “The Heat.” That “serious” movies are now back-loaded for releaseafter Labor Day is obvious. But some fine work gets lost in the throng, so occasional small movies have tried coming out earlier and also risk getting forgotten. So….

Best Director in a Small ‘Indie’ Movie
Noam Baumbach’s “Frances Ha“ was a quirky take on the “awkward years” — a girl’s slacker twenties — after her BFF moves out. But it’s in sleek black and white, and Greta Gerwig’s beguiling turn as a charming but clumsy idiot makes you see this lovable little movie as bigger than it is. The camera loves her.

Best Screenplay Improvised by the Cast

But I stand by it; and also by “Before Midnight.” As third in the Richard Linklater-Ethan Hawke-Julie Delpy franchise, this update on our old friends Jesse and Céline is set in Greece (which never hurts), and welcomes us back to another round of crazy couple talkathons about the romantic passages of life. Will there be a “Before Eternity?”

“Blue Jasmine“ also broke 2013’s drought with Cate Blanchett’s highly theatrical tour de force as a spoiled rich wife down on her luck. She’s the Blanche DuBois for today, who comes to stay with her San Francisco sister. But since it was annoyingly set in Woody Allen land, somewhere near Coney Island and Flatbush, it has since shrunk in our esteem.

“Gravity” is an obvious best picture, and not only for its eery beauty and adrenalin ride. Alfonso Cuaron’s astral thriller is out of this world, literally, and it’s Sandra Bullock’s crown to lose. Painstakingly stitched-together 3D effects raised this rollercoaster higher.

Best Actor: Tom Hanks
The sheer reliability of actor Tom Hanks and director Paul Greengrass in “Captain Phillips” turned this real-life kidnapping tale into the crowd pleaser it instantly became. But for sheer tension, check out the last 30 minutes — and then watch the very similar Danish movie, “The Hijacking,” which came out earlier.Danish films are really taking off.

“The Dallas Buyers Club” hugely deserves its acclaim, whether it got all its facts right or not. From this distance, the earliest AIDS drugs seem to have been hit or miss. But Matthew McConaughey’s haunting performance and Jared Leto’s hilarious tranny is what moves us. It gathered audience reaction slowly, but surely.

On the other hand, “Kill Your Darlings”was overlooked and buried, despite its glorious ensemble cast led by Daniel Radcliffe — probably because it came out late and clashed with major hits. It’s a coming of age portrait of the teenage Allen Ginsberg, and a filmed footnote about the Beat poets, their druggy loves, and the botched killing that imprisoned them. A succes d’estime as well as a murder mystery, it should have made its mark.

I just can’t get “The Great Beauty” or “The Past” out of my mind. The former is Italian Paolo Sorrentino’s homage to Fellini’s “La Dolce Vita,“ and invites you feel a million things, above all that you’ve inhaled two astonishing hours in Rome with actor Toni Servillo, and that you will be absorbing these glorious feelings for years.

“The Past” is French-Iranian director Asghar Farhadéi’s movie about a French mother (Bérénice Bejo) whose troubled daughter, unhappy new man, and former lover all tangle when he returns to try to make sense of it all. The cast glows, but it’s the kids who excel in this morality play about how the innocent get messed up by the selfish misdeeds of their parents. It’s also a mystery of sorts, and the final shot is chilling.

Finally there’s “American Hustle,” with its opening scenes of Christian Bale gluing on his hairpiece, with his spreading gut doing the acting for him. Hugely enjoyable, it’s the funniest caper comedy of the year. I would also have nominated “Her” and many more, but we’ve run out of room — not a problem I expected to have in early May.

If the last couple of awards seasons have been lean with Oscar worthy options, then 2013 is more than ample, it was outright fat! From early October through end of the year, it felt like you could see one movie a week that would be a contender in any one of many major categories, if not all categories. Making the season even more interesting was the fact that the high quality transcended genres. Below is a list of the best … in a deliberate order.

“12 Years a Slave” – a unique take on an important time in history, with riveting performances and gutsy direction. This is the film that will make you cry at the end, and stay with you for a long time.

“Her” – Who would have thought such an engaging and believable story could come from this subject matter (a guy falling for his operating system)? Once again, Spike Jonze proves why he’s a creative tour de force. If I could have made this a tie for #1, I would have been tempted.

“Like Father Like Son” – A lovely surprise out of Japan. A poignant story, with appealing performances from the ensemble.

“Gravity” – One of the best and interesting cinematic experiences of all times, let alone this year.

“Nebraska” –  A quiet and stripped down departure for Alexander Payne, but still as effective and engaging as his other great works.

“The Great Beauty” – What a fun and beautiful romp through Rome’s rich, party intelligentsia. This seems almost like a modern take on “La Dolce Vita,” yet it has its own unique presence.

“American Hustle” – Go for the period clothes and hairstyles, but stay for well-written script of the double con and one of the best casts assembled.

“Inside Llewyn Davis” – This does not have the usual twists, turns, laughs or gasps that one usually experiences from a Cohen brothers film, but it is a uniquely portrayed character story of a struggling 70s folk singer. Also, the music is fantastic.

“20 Feet from Stardom” – Wow, speaking of music, the live and archival singing performances of these incredibly, little known back up singers will keep you on the edge of your seat! Then their stories kick in and you want to watch it again and again.

” All is Lost” – This is minimalism at its best, both script by J.C. Chandor, and performance by Robert Redford.