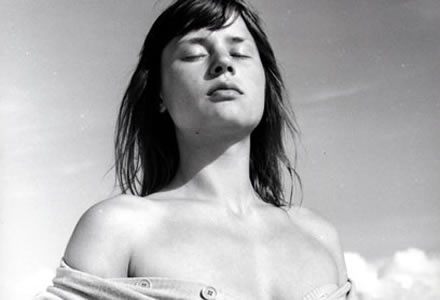 The Magic Lantern Goes Out

A Tribute to Ingmar Bergman, One of Cinema’s Masters

Swedish filmmaker Ingmar Bergman died on Monday, July 30, at the age of 89. His death marks the passing of a great artist of the 20th century.

Bergman stands out as one of the world’s great filmmakers in part due to the sheer number of masterpieces he produced during his long career. Three of Bergman’s films constantly make the “best films of all time” lists—“Wild Strawberries,” “The Seventh Seal,” and “Fanny and Alexander.” Anyone looking back on Bergman’s life work can’t help but marvel at the range these great films encompass, coming as they do from different periods in his life, when different interests, and different aesthetics, took hold. Bergman was not only a great artist in his early years, but the talent he manifested early on remained sparkling throughout middle age and even old age. Bergman was not only an artist for our time; he was an artist who reinvented himself several times over.

When I lived in Paris, I was first introduced to Bergman’s work through a retrospective of his films that was running at a theater on the Left Bank off of Saint Germain-des-Pres. The year was 1983, and I had never seen a Bergman film before. In the space of a few weeks, I saw nearly all of Bergman’s early comedies—brilliantly acted studies of the relationships between men and women, the societal and psychological constraints that defined and limited them, and the various ways they either succeeded or failed to surmount them. “Secrets of Women” was my favorite, but there were also the Harriet Andersson films—“Summer with Monika,” “A Lesson in Love,” and “Smiles of a Summer Night,” the Bergman film that finally captured the attention of international critics and audiences.

Because my initiation into Ingmar Bergman’s work began with that retrospective, if I had to pick one actress who represents Bergman’s stock company (and he had so many actors and actresses who stayed with him for decades), it wouldn’t be Liv Ullmann, the obvious choice. I would choose Harriet Andersson. She was Bergman’s beautiful muse and lover during his early career, and she continued to work with him throughout his life, even after their romance ended, and her youthful beauty had faded. It was Harriet Andersson whose lovely bare shoulders graced the poster for “Summer with Monika,” who played the cancer-ridden sister who dies a slow, ugly death in “Cries and Whispers,” and the shriveled and mean-spirited servant in “Fanny and Alexander.”

Bergman is often thought of as a woman’s director; his early films especially remind us of works by the great women directors of Hollywood, George Cukor and William Wyler. Bergman’s films produced many great roles for women, whom he considered instrumental as guides into the emotional core of humanity. Ingrid Thulin, another great Bergman actress, played the daughter-in-law at a crossroads in her life and marriage in “Wild Strawberries.” It is she who escorts the aging Victor in his journey through the past, and it is her inner turmoil that spurs him to reassess his life. Thulin was also the emotionally and sexually isolated spinster in “The Silence,” and the self-mutilating sister in “Cries and Whispers.” And of course, Bergman’s most famous liaison was with Liv Ullmann, who played the suffering wife in “Winter Light,” an actress who has a nervous breakdown in “Persona,” the third sister in “Cries and Whispers,” and her greatest role, and Bergman’s greatest female character, the wife Marianne in “Scenes From a Marriage.”

Bergman wrote great roles for men as well, roles for men such as Erland Josephson, Max von Sydow and Gunnar Bjornstrand, showing their struggles in their duties as family protector, the inevitable confusion their sexual desire elicited, and their struggles with doubt about their religious faith. But mostly men are seen as helpless bystanders, caught in the storm of women’s emotional torment. For Bergman, and for the male characters he wrote, it is women who dare reach into the dark recesses of the mind; women were the conduits for Bergman’s reflections on the inner struggles of the human soul.

So much of Bergman’s greatness was in his writing, and in how he inspired such remarkable performances from his actors. He loved actors, and the spoken word, most of all, and although his greatest acclaim is as a filmmaker, he was most faithful to the theater, to which he always returned. Bergman’s love of the stage comes through in his film work in both obvious and subtle ways. Many of his films have actors as characters—Eva Dahlbeck plays a great stage actress in “Smiles of a Summer Night,” Liv Ullmann plays an actress whose identity is distorted by fame in “Persona.” “Virgin Spring” and “The Seventh Seal” are stories about traveling troupes of actors, and in “Fanny and Alexander,” the father and mother run a theater company, and the film contains two long scenes of stage performances. And all of Bergman’s films contain long soliloquies, moments out of time when actors speak their lines as if they were on stage, all attention focused on them without interruption, without the constant cuts to a listener’s reactions, or the sound effects and music that film uses to heighten the emotional tone. There are hundreds of moments like this in Bergman’s films, moments like the one in “Persona,” one of his most visually innovative films, when Bibi Andersson recounts in vivid detail a story about a sexual encounter. Bergman allows the richness of the story, and the actress’s performance, to envelope us in an intoxicating moment of transcendence beyond the screen.

Through his films, Bergman explored the existential concerns that beset modern society, especially the educated upper classes. He examined in great detail modern man’s growing doubt in God’s existence (Bergman himself, the son of a Lutheran minister, was an atheist), and how religious faith, or the lack of faith, affects how we confront aging, illness, evil and death. But his most pressing concern, what perplexed him and captivated his genius the most, was the relationship between men and women. In the end, all of his films touch on this—the emotional conflicts, the sexual desire, the psychological interactions of the sexes. “Wild Strawberries” was about a man who closed off his emotional life—a life of real engagement with women—in favor of an intellectual life that has left him lonely and bereft in his old age. “Smiles of a Summer Night” is about men and women experiencing love in all its stages—the romantic passion of youth, the carnal pleasures of the body, the jealousies and infidelities, and the acceptance of love’s wounds and weaknesses in middle age.

Bergman’s most significant exploration of the relationship between men and women is “Scenes From a Marriage,” a 295-minute TV miniseries of six episodes that Bergman made for Swedish television in 1972, and starring Liv Ullmann and Erland Josephson. Freed of the confines of a film’s usual two-hour time limitation, Bergman was able to explore in great detail the metamorphosis of a marriage over several years, from its early stages of superficial bliss, through the harrowing period of blatant analysis and brutally honest confessions, and finally to a rather unsatisfying though poignant acceptance of shared failure and solitude. And he does it in the simplest way possible, through a series of intimate conversations between husband and wife. It is the most lucid, honest and uncompromising account of a modern relationship that I have ever seen.

Bergman announced his retirement from filmmaking in 1982 after making “Fanny and Alexander,” a grand period film that finally showed Bergman painting on a large canvas. The film felt like a farewell, incorporating as it did so many themes and imagery that captivated Bergman throughout his life—the illusion of magic, and of the theater, the harsh domination of the Lutheran church, the idea that family is held together, tentatively, with the help of a strong matriarch, the endless search for a peaceful coexistence between men and women, and the weary acceptance that comes with old age. There is even a ghost, and there is lunacy, and the belief that emotional truth is more important than experiential truth.

If Bergman had lived in an earlier time, before cinema, he would have been a great playwright, finding a comfortable spot next to Ibsen, Strindberg and Chekhov. As it happened, Bergman was spellbound by the Magic Lantern, and so film became the recording of his genius, his words spoken by actors who were his chosen ones. Thanks to his love affair with film, Bergman’s legacy is now on celluloid, indelible images of great beauty, joy and melancholy, intimate stories of humanity’s search for consolation. They are almost all available on DVD through the Criterion Collection. If you missed them in the last century, here’s your chance to see the works of a master. Try to see the Harriet Andersson films in chronological order, but if that’s too difficult, then by all means, start with “Fanny and Alexander.” It might behoove you, however, to wait until you’re in your forties to watch “Scenes From a Marriage.” It will make more sense then.