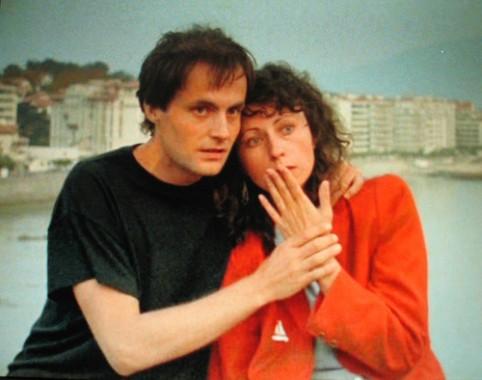 A Double Feature of Eric Rohmer Films in San Francisco

May 19-24 at the San Francisco Film Society Cinema

Cinema’s greatest moral philosopher, the French filmmaker Eric Rohmer, had a long and prolific career that lasted up to his death two years ago at the age of 89. For a filmmaker whose career only started at middle age, Rohmer’s films seem oddly fresh and contemporary, even now in this transformative age of Internet-driven relationships and the globalization of culture.

Throughout his career, Rohmer preferred the moral and romantic quandaries of young people, rarely focusing his interest on the disquietudes of middle and old age, perhaps finding the professional and familial vagaries and cynical nature of those years to be too distracting to one whose moral vision required a more pristine backdrop. When you are young and with a clean slate, the ethics behind romance and relationships are more easily scrutinized than when your life becomes a caldron of compromise and regret.

Whatever its origins, Rohmer’s legacy has been cast from a deftly wrought study of the concerns of young women. This is especially true of his “middle” period in the 1980s, when Rohmer gave his attention almost exclusively to that narrow demographic of girls just entering adulthood. If you are a true Rohmer fan, as I am, you will count these films among the best of his career. Every young woman would do well to watch “Le beau marriage” or “Pauline à la plage” as a rite of passage into adulthood. They invite an ethical questioning of how to live one’s life, of who to sleep with and why, of what constitutes love, of whether fidelity is an ideal or an illusion. They also contain strong role models for young women, characters who stand up for themselves, who struggle for their independence and their right to choose their own path into adulthood, even as they struggle with their own fragile natures along the way.

This week, The San Francisco Film Society is showing two of Eric Rohmer’s films dating from the 80s at its new year-round theater, the SF Film Society Cinema. The double feature includes what many consider one of the best films of his career—”Le rayon vert”—and a lesser-known film he made a year later, “Four Adventures of Reinette and Mirabelle.”

The two films work well together as a sampling of Rohmer at his most rigorous and Rohmer at his most playful. “Le rayon vert”(the film’s unfortunate English title “Summer” was probably meant to avoid confusing it with a science fiction movie) is by far the more accomplished of the two. Still, the curiosity that is “Four Adventures of Reinette and Mirabelle” (the less unwieldy French title, “L’heure bleu,” reveals an inviting reference to color in both films) adds something to our experience of the Rohmerian world. Both films are almost ephemeral in their lack of conventional dramatic impulse. The characters meander through the films’ landscapes in the same way that we meander through our lives, letting coincidence and happenstance steer their way. Both films contain long conversations—a Rohmerian conceit—that are actually ingeniously cloaked philosophical debates. We may be listening to Delphine talking about why she’s a vegetarian in “Le Rayon Vert,” or why Reinette gives to the homeless in “Four Adventures of Reinette and Mirabelle,” but these everyday conversations are actually Rohmer hiding his philosophical inquiry behind a veil of passionate young women using their own non-academic language to come to their own logical conclusions.

I’ve seen “Le rayon vert” at least five times, and when I saw it again a few days ago, the beauty of its complex structure struck me once again, combining as it does the rationalism of moral convictions with the almost superstitious belief in fate. Part fable, part journey of self-discovery, it tells the story of one young woman’s search for love on her own terms. Delphine (played with equal amounts of fragility and strength by the lovely Marie Rivière, who also contributed to the dialogue) seems to be in limbo, lost in a world that demands something of her that she refuses to give in to, but her commitment to her own beliefs eventually pays off. Is it fate? Is it Delphine’s own insistence—her will—that allows the film to reach its happy conclusion? Or is it just Rohmer playing God? No matter how you feel about this film’s message, it provokes a mindfulness of the weight of our own decisions as we make our way through life. What better gift to offer the youth of today than that?

The 80s seems like a long time ago, but “Le rayon vert” is as relevant today as it was then. Eric Rohmer knew how to touch a universal and timeless cord, and the film is pitch perfect. Take your daughters, your sons, your mothers and fathers, your screwed-up friends or your friends who aren’t, the lovers you want to dump or the lovers you want to keep. And then have a long conversation afterwards.

The Rohmer double feature runs through May 24th in San Francisco. Information about each film can be found at the San Francisco Film Society’s website.