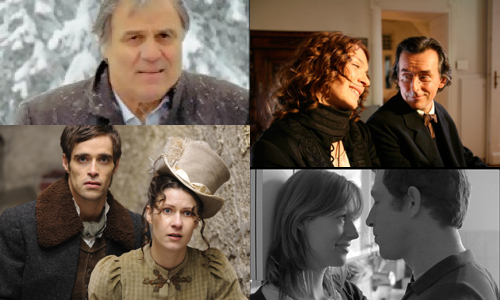 For the second year in a row, San Francisco will be home to a three-day festival of contemporary German-language films, all of which will play at the city’s historic Castro Theater from January 14-16.

German Gems: A Weekend of New German Cinema will open with Mahler on the Couch, a historical drama about a supposed encounter between Gustav Mahler and Sigmund Freud during the time of Mahler’s turbulent marriage to his famously infidelitous wife, Alma Schindler. Mahler on the Couch will also be shown along with three other films from the festival in Point Arena on January 22nd. (See Culturevulture’s review of Mahler on the Couch by Renata Polt.)

Also included among the program’s nine films (plus one short) are:

The Architect – On the way to his mother’s funeral, Georg and his family become stranded in a snowstorm, and the unexpected isolation forces them all to reconsider their lives. (See Culturevulture’s review by Les Wright.)
Keep Surfing – a portrait of six surfers, among them river-surfing pioneer Dieter “The Eater” and a surfing philosopher named Walter.
Celebration of Flight – 78-year-old retired pilot Daniel Rundström befriends a young native Caribbean boy, and together they work to realize the old man’s dream of building an airplane.
David Wants to Fly – Documentary about American director David Lynch’s involvement in Transcendental Meditation.
Intern for Life – Comedy about a young man stuck in an unpaid internship.
She Deserved It – Psychological thriller about homicidal teens, based on a true story.
Disenchantments – A black-and-white drama describing the disparate stories of four young people, all caught in moments of great change.
Mountain Blood – Told in the tradition of the German mountain film, this historical drama set in 19th-century South Tyrol at the time of its battle for independence.