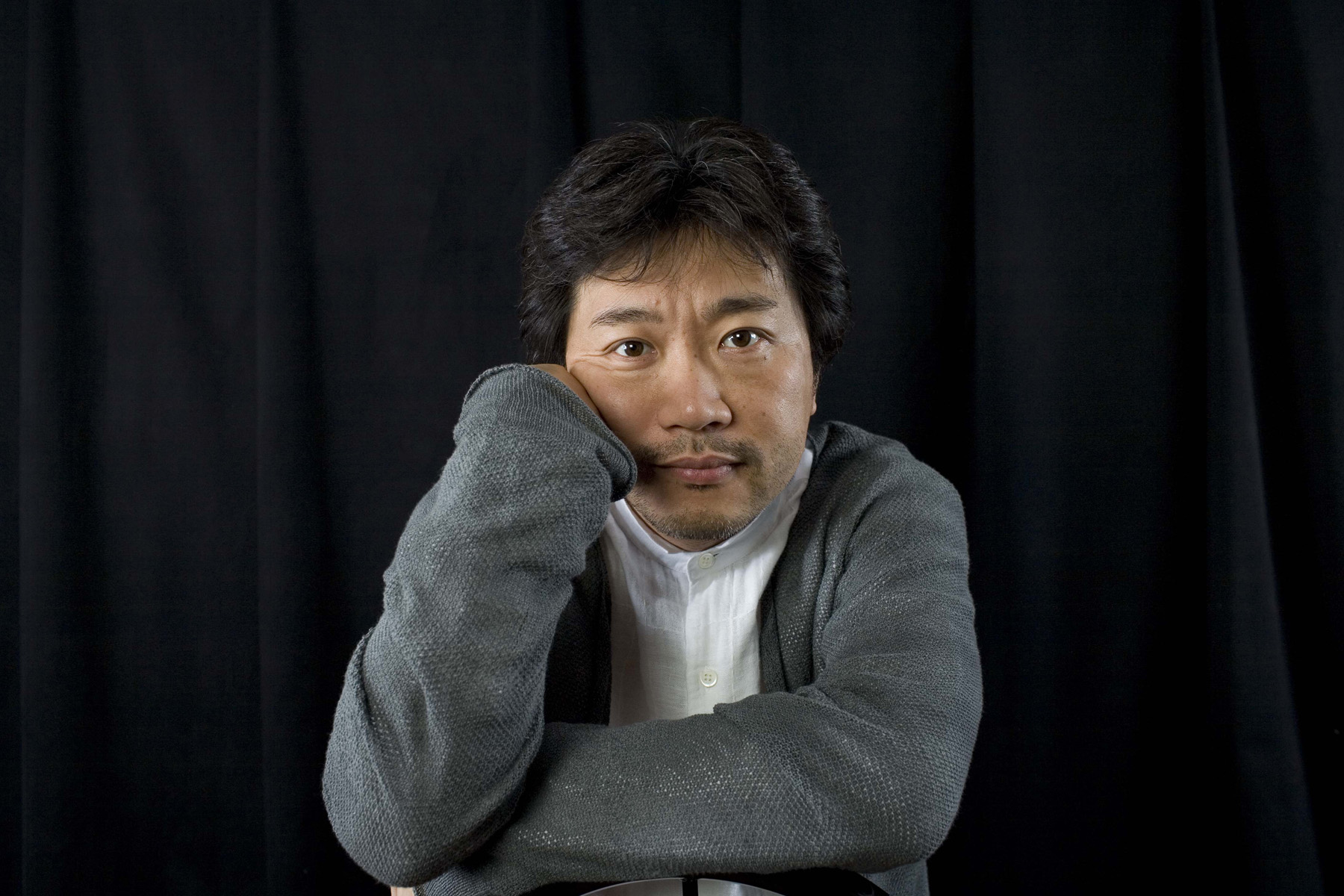 A Conversation with Hirokazu Kore-eda, Director of Still Walking

Film critic and Japanese culture writer Donald Ritchie has called him “probably the finest young director working in Japan today.” Although still virtually unknown to western mainstream audiences, the 47-year-old Hirokazu Kore-eda has been a constant at film festivals over the past two decades, working slowly and steadfastly since his stunning debut in 1991, with the visually poetic Maborosi, an ode to a widow’s grief and acceptance. After that came the strange and touching After Life, a mock-documentary style meditation on what people come to think of their lives once they have passed through death’s door, and audiences around the world cried all the way through it. Nobody Knows, a film based on a real-life case involving four abandoned children living in a cramped Tokyo apartment, was in competition at Cannes in 2004, and Yuya Yagira, its 14-year-old lead, won the best actor award that year. Now, Kore-eda’s sixth film, Still Walking, has finally found U.S. distribution, and its humor and accessibility may help Kore-eda break out of his art house bubble and give him some well-deserved international acclaim.

Kore-eda’s filmography reveals an artist with an eclectic taste and an unbound spirit. His films are so disparate in both subject matter and style that they are not easily analyzed as a whole. If there is a single driving force that runs through all of them, it may be Kore-eda’s desire to explore the darker recesses of humanity-the cracks in the human condition that give us its suicides, its abandoned children, its terrorist acts, its accidental deaths, its out-of-sync relationships.

It is those out-of-sync relationships that are at the center of Still Walking, a film that unsettles us in its unsentimental look at a family plagued by piled-up resentments and incompatibilities, and at the same time consoles us with its humorous take on how that same family manages to keep these tensions under wraps as they carry out their family routine.

Kore-eda came with his film when it showed at the San Francisco International Film Festival last May. The festival has had a particularly strong loyalty to Kore-eda’s career, having shown all of his films, and being one of the few festivals that picked up Still Walking after it languished for a year. Speaking though an interpreter, the director talked to me about his film during his stay in San Francisco. He was thoughtful and considerate, and yet his responses were laced with the same wry humor that pervades Still Walking. Here is a slightly abridged version of our conversation.

I wanted to start by asking if you would like to comment on the similarities between Still Walking and Ozu’s films, especially Tokyo Story.

Kore-eda: If we don’t limit ourselves to just Tokyo Story, one of the motifs in Still Walking is the son who is unable to fulfill the expectations of the father. Ozu has treated that motif in several of his films. A good example is The Record of a Tenement Gentleman. So I’m not surprised when people suggest that similar motifs are depicted in Still Walking.

Tokyo Story is one that has some similar aspects, too. It shows the children as not very sympathetic characters. But it also has a very beautiful Ozu-type motif in the widow of the son who died in the war. She still has the picture of the son in her apartment and has not remarried. In Still Walking, the widow of the son who has died has gone off and remarried. She’s no longer in the family. These are the kinds of things that are in Ozu that I try to negate in my film.

But I do think that of Ozu’s films, Tokyo Story is the most like Mikio Naruse’s films. Naruse is a director who depicted more of the raw humanity in people. Particularly the daughter in Tokyo Story who treats the parents very badly and sends them off to a hot spring, pretending that she’s doing something nice for them because she doesn’t want to have to deal with them in Tokyo. That kind of unlikable aspect Naruse brings out a lot more in his characters. Ozu isn’t particularly good at doing that. I do think Ozu is a wonderful director, but when I’m working on a film, somewhere in the corner of my mind is Naruse’s way of depicting humans, their unlikable characteristics.

You mentioned you like Late Spring. It’s a beautiful movie. In Late Spring, what’s shown is an ideal of the father-daughter relationship. Because each person is thinking so much of the other, they lie to protect the other person, or for the good of the other person. But in Naruse’s films, characters lie for their own self-advantage. And I think, then, if my parents were to be in a movie, it would not be an Ozu movie. They would fit much more comfortably in a Naruse film.

That leads me to a question about Still Walking. I found the marriage between the mother and father to be disturbing because there is no affection between them, and a lot of resentment between the two of them. It seems like a marriage without love, that is more one of necessity. The mother seems to have made peace with the lack of love in the marriage, and she seeks comfort in homemaking.

Kore-eda: You’re right, but I don’t think it’s that unusual among Japanese couples, that lack of love. But they don’t divorce either. I think that there are so many Japanese couples, loveless couples, who just stay together. I grew up seeing that kind of marriage, and I think I’ve depicted it in this movie. You’re not hoping that something will change. I’m not idealizing it; I’m just showing that this kind of relationship will always exist.

But I think the mother shows some love. For example, when she mutters under her breath while she draws her husband’s bath and gets his medicine for him, that’s her way of showing affection. And there’s the last scene at the bus stop, where she wants to shake everyone’s hands as they’re leaving. When I showed the film at the Tribeca Film Festival, an audience member asked why they didn’t hug each other, and I thought, oh yes, in America, this would be a hug moment. In Japan, we hardly even touch each other, so for her to ask for a handshake is a pretty big deal. Then again, her hugs are her cooking for her family. That’s how she shows affection for them. It’s in those kinds of daily actions that love is shown.

And also, when they look at the photographs of her and her husband when they were young, her daughter says, “Oh, you look like you were in love.” So you know that there had been something, which is also very typical of marriages-even here in America, by the way-that marriages often survive on an emotional bond that gets thinner over the years. But you also said that this kind of relationship will continue, and I noticed how the son acts similarly towards his own wife.

Kore-eda: Yes, there might be something to that. In that family, the sister has chosen to marry someone completely different from her father, someone who isn’t that invested in his work, who doesn’t have that much pride in his profession, who’s more controllable, so that she can be the leader in the family. He’s someone who we call a “my-home papa.” But the son, even though he is very confrontational with his father, has some aspects of his father in him, so it may be that he ends up treating his wife similarly to the way his father treated his mother. It’s kind of worrisome, isn’t it?

I would like to talk a little bit about why you made this film. I know that you were inspired to make it after your parents died. But I’d also like to talk about your impulse to make films in general. I mention this because you’ve talked about how film can recreate life just as a memory is a way of giving meaning to existence. I was wondering if you could expand on that.

Kore-eda: After my mother’s death, I thought about the various interactions that we had had, of course my childhood as well. I was supposed to start working on a new film, Air Doll, but it was too difficult for me to start a new project. What I ended up doing was some grief work for myself in making this film, and so I put the new project on hold. As a result, it became a family film. I wanted to show how a son looks at his parents, from his perspective.

As to the larger question-why I make films in general-in the case of Nobody Knows, I wanted to take a look at those children, to love them more, to understand them more, to think more about them, so I made that film. It may sound a little sentimental to say this. In the case of Still Walking, I wanted to reassess, to rethink love again, and to have this work be the result of that, and then I can let go. Of course, I want the audience to enjoy it as well, but I think by having a relationship with the subject matter, I can love it.

For example, an artist, when he sees a beautiful flower blooming, he doesn’t just look at it. He wants to draw it, to have a deeper relationship with that object, and to make it his own, and in that process, he leaves a piece of work. So in terms of recreating life, or an episode, I want to make it my own, and then let it go.