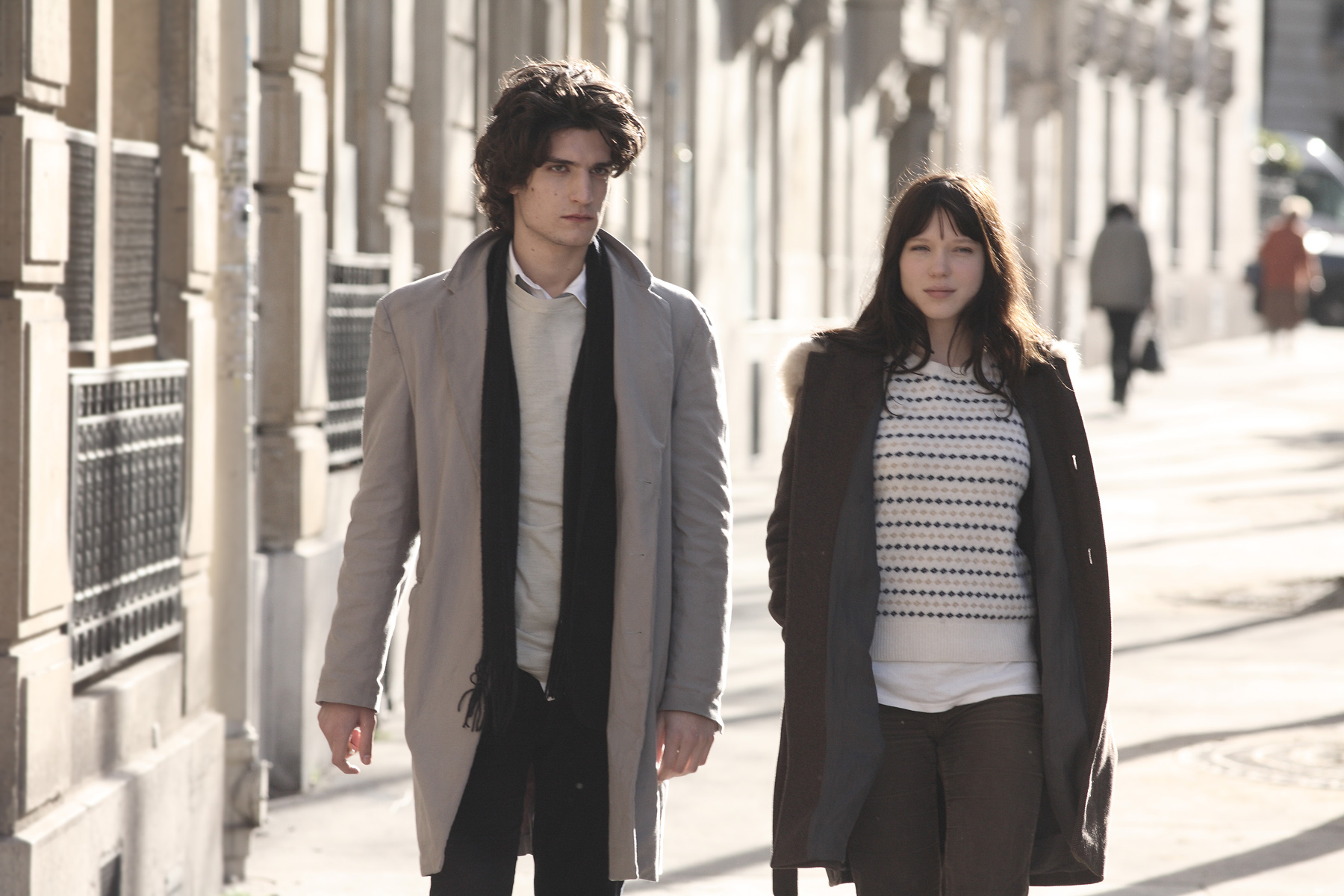 The daring young French director Christophe Honoré seems determined to carry on the traditions of the French New Wave’s first generation. He has taken as his muse and alter ego an offshoot of the Nouvelle Vague, the finely chiseled actor Louis Garrel, son of New Wave director Philippe Garrel (and godson of Jean-Pierre Léaud). He makes films that stretch the medium’s boundaries with the same insouciance as Godard and Truffaut, even offering his own quasi musical (Chansons d’Amour, 2008), that has its progenitor in Godard’s A Woman is a Woman. And now, in a move that is his most derivative to date, there is La Belle Personne.

What is most striking about La Belle Personne is that it actually looks like it might have been made in the early 60s, during the Nouvelle Vague’s heyday. The colors are so muted that at times I thought the movie was in black-and-white. The story, about the entanglements of young love and the complications that arise when two men fall in love with the same young woman, could have been cloned from Truffaut’s Jules and Jim or Godard’s Bande a Part. Most of the story takes place in a Paris lycée, an old high school building where adolescence is played out outside of time anyway. But even the clothing-the turtleneck sweaters, slacks and flats-hearken back to another era. Only the cell phones that occasionally appear let us know for sure that this is not the 60s, and not early Godard.

We still have to contend with another major Godardian conceit of his early years, and that is the spectre of Anna Karina that haunts La Belle Personne. Lea Seydoux, the actress who plays Junie, the love interest of the two besotted men, has an uncanny resemblance to Anna Karina, right down to the doleful eyes that peer under thick bangs, the full lips begging to be kissed, and the passive demeanor that suggests a mystery that could be as deep as a troubled mind or as shallow as vacant stare. She’s also quite beautiful, as the title implies, and Mr. Honoré’s camera lingers on her youthful, as yet unmarred, face with long, languorous shots in true Godardian style.

Junie is not only beautiful, but it turns out she’s also good (another translation of La Belle Personne would be The Good Person). Here, the idea of being “good” sadly morphs into “chaste” by the end of the movie. Her moral dilemma-whether to cause pain to the boy who truly loves her (the bland Otto), or to deny her own growing passion for the teacher who covets her (Louis Garrel plays a Don Juan whose charms finally prove impotent)-turns out to be the movie’s only interesting theme, however full of holes it is. But Junie’s ambiguous actions in the face of this dilemma are exasperating to watch. Our impatience is appeased, thank god, in a powerful scene near the movie’s end in which Junie finally, and eloquently, explains herself, professing a nihilistic belief that love is a finite emotion, while also, in the kind of contradiction that the young indulge in so well, paying homage to the kind of faithful devotion that Otto embodies.

Junie’s decision may be a selfless take on how to live with that fickle and spiteful god Eros, but in the end, I couldn’t help but roll my eyes. Her abstinence, which Honoré seems to deify in the movie’s final shot, is not only ridiculously impractical, it also comes too late, for the retribution of the jilted Otto has already been made.