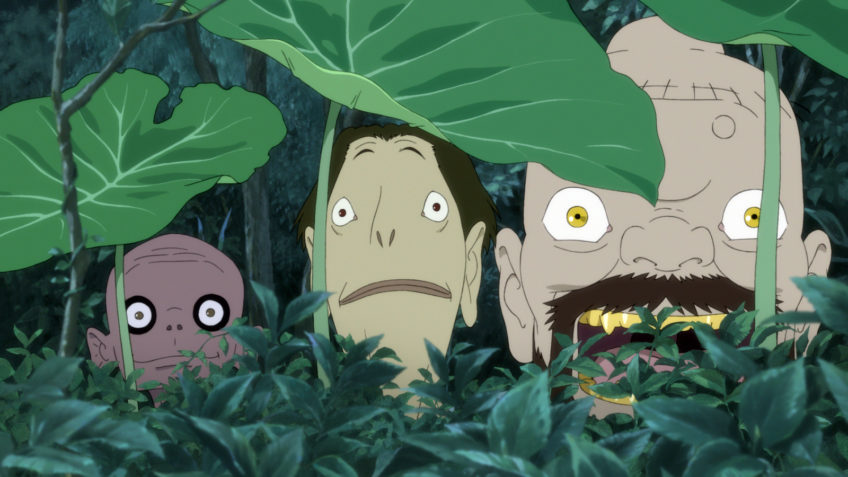 Available in both Japanese with English subtitles, and voice cast in English

The award-winning children’s anime film, “A Letter to Momo,” delicately explores the emotional struggles of an eleven year-old girl, Momo Miyaura, who ultimately conquers adversity and gains strength and courage. Mr. Okiura uses beautiful, elegant pastel hand-drawings with a soft touch that match the mood of the film and help articulate Momo’s feelings.

After the sudden death of Momo’s father, she and her mother must give up their lives in Tokyo and move to Shio, a small remote island, the home of Momo’s elderly great aunt and uncle. It’s a beautiful and tranquil rural community about to be connected to the mainland by a new gigantic suspension bridge that plays a large role later in the film. Momo’s mother must leave the island daily to learn a new vocation, leaving a sad and lonely Momo to fend for herself.

Momo finds adjusting to her father’s death, her dramatic change of lifestyle and her mother’s absence very difficult. Also troubling to Momo is an unfinished letter written by her father, with only the salutation, “Dear Momo.” Since she and her father argued before he began writing the letter, Momo yearns to know his final words to her. These scenes, animated in soft lavenders and grays, effectively convey Momo’s confusion, melancholy and despair.

Also disturbing to Momo are the unusual occurrences on the island. Neighbors’ orchards are being ransacked and some of their possessions are missing. But when Momo starts to hear strange sounds coming from the attic of her house, she is at first afraid, but then, she investigates.

Momo find three spirits, Kawa, Mame and leader Iwa, an amusing and entertaining group of imps. The colorful, whimsical trio heightens the color, tone and humor of the movie while perking up Momo’s mood and confidence. We later learn that they were once badly behaved goblins who must now watch over Momo and her mother until her father’s soul is in place to do so.

As the film continues, Momo faces and overcomes a serious crisis, finds friends, and a sense of place. She also learns to recognize the beauty of the island with its mossy trees, green landscaped terraces, misty mountains and azure sea, all animated with artistic fine-line drawings produced by the animation studio Production I.G.

“A Letter to Momo” made its international debut at the 2011 Toronto International Film Festival and later screened at the New York and the Boston International Children’s Film Festivals. After its theatrical release in September 2014, it will be released on bilingual DVD and Blu-ray in the U.S. on October 21, 2014.

This is a very unusual anime film, since it lacks the hard and crass colors usually associated with Japanese anime. It’s also remarkable since it’s a tender, sweet film that softly explores the resolution of loss on levels that parents and children will both understand, enjoy and savor.