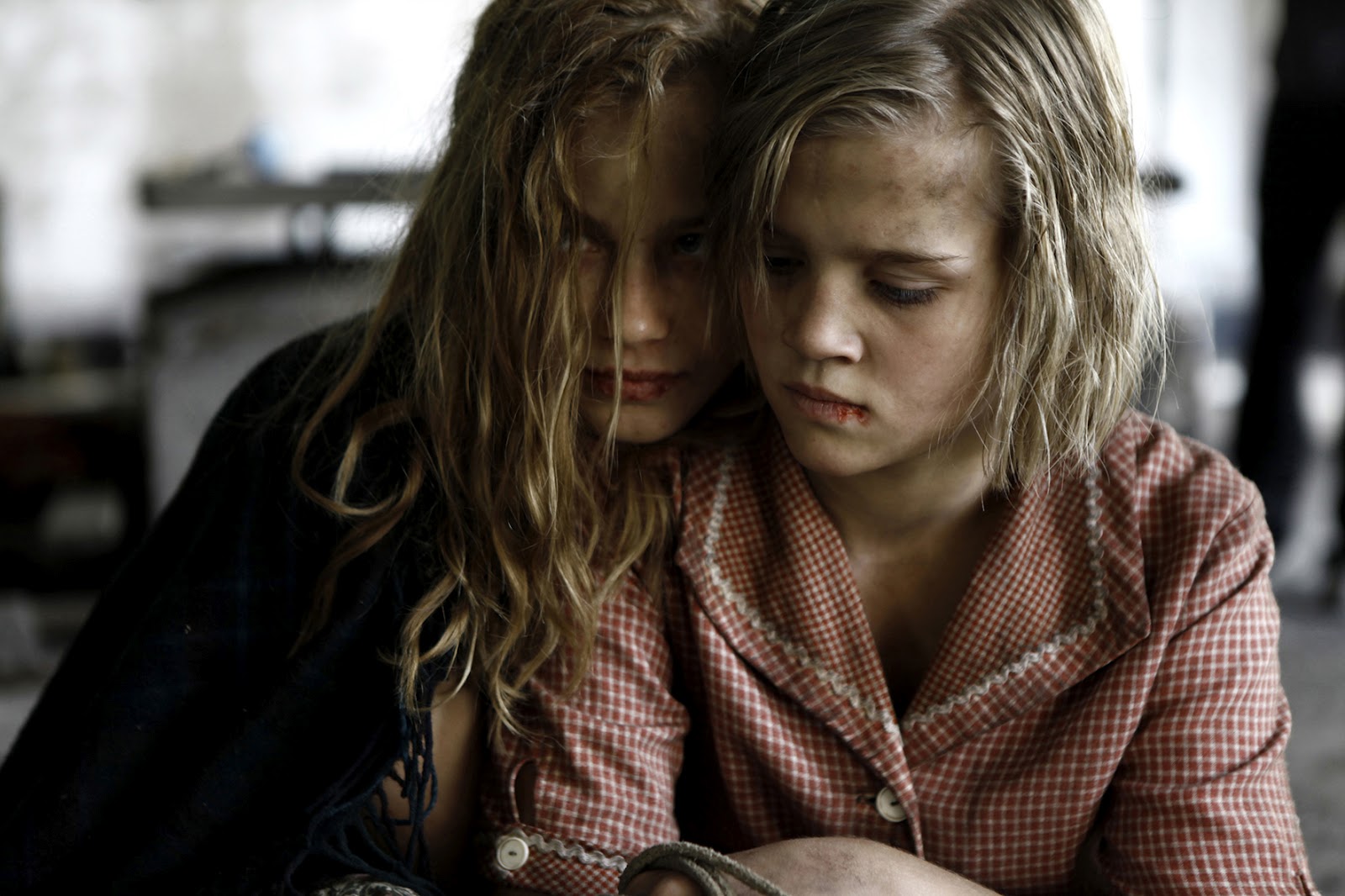 It’s the end of World War II, and fourteen-year-old Lore’s parents are avid Nazis, so much so that when Lore’s mother says “He is dead,” she’s not speaking of her SS officer husband, who’s alive and well, but of the Führer.

Soon both parents are taken away to prison, leaving Lore (Saskia Rosendahl) to fend for herself, her younger sister Liesel, young twin brothers Jürgen and Günther, and baby Peter. Stealing and foraging for food, they start out with several suitcases which they soon abandon and which are quickly set upon by other foragers. The idyllic German summer landscape they traverse on their voyage to get to their grandmother, who lives near Hamburg, is an ironic commentary on their misery. It’s literally over the river and through the woods to Grandmother’s house, but it isn’t Christmas, and there are no sleighbells.

Like all the other Germans we meet, the children are steeped in the adulation of the Führer. Lore, who greets a stable boy with “Heil Hitler,” is convinced of a “final victory”—until it becomes obvious to everyone that that isn’t going to happen. Instead, the Allies have already begun the process of de-Nazification; “I had to look at dead Jews for hours, and all I got was two loaves of bread,” complains one woman. Jews are the enemy, even after their deaths.

Eventually the children are joined by a young man named Thomas (Kai Malina), who either is or isn’t Jewish, and who either does or doesn’t care for the children’s welfare. Though the twin boys adore him, Lore is suspicious, and with reason. In the ferocious, pre-moral world in which they all find themselves, Thomas commits a dreadful act—but, as he says, “Nobody cares.”

Director and co-writer Cate Shortland is an Australian; “Lore” is her second film, after “Somersault.” It’s an uncompromising look at Naziism’s heritage of moral degradation. Both slow-moving and depressing, it’s meticulous is its dissection of a long-ignored paragraph in a much-examined chapter of history.