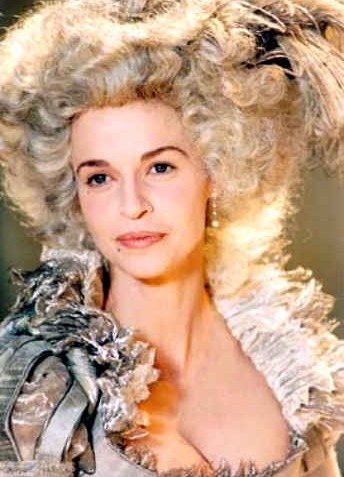 Love in the Mirror had its world premiere at the 1999 Toronto Film Festival and played in Italy shortly thereafter. It doesn’t seem to have found international distribution since then, which will surprise no one who sees it.

On paper, Love in the Mirror must have looked like a winner. The story of a group of players, working their theatrical art in Italy and France in the early 17th century, the film’s principal achievement is in the rich period settings and costumes, said to be historically accurate. It also shows a wide variety of techniques used at the time to create special stage effects, from hand-turned wave machines to spotlights created with candles and reflectors. Unfortunately, neither the cinematography nor the editing do justice to the accomplishments of the designers.

The troupe is led by Giovanni (Peter Stormare; Armageddon, Dancer in the Dark) and the leading lady is his wife, Virginia (Anna Galiena). Enter Lidia (Simona Cavallari), an ambitious young actress who quickly seduces Giovanni — the casting couch here takes the form of a bathtub. As the company heads to France, Giovanni is writing a new play, Love in the Mirror, which is about the love triangle in which they are embroiled; the play, of course, reflects back on the real-life love complications. Reflection is the operational word here, with mirrors playing an important role. Narcissism and lesbianism both come into the scheme.

With any reasonable character development or a trace of wit in the script, Love in the Mirror might have been a worthy amusement, from the same mold that made Farinellisuch a delight. Lacking both elements, the film attempts to inject some life into the proceedings with histrionic acting (not a piece of scenery is left unchewed) and generous helpings of soft-core sex in the style of early Russ Meyer. Given the easy availability of hard-core porn these days, it is hard to understand why anyone seeking such titillation would be interested in these goings-on. The actors don’t even convey the illusion that the sex is any good. It’s all about as arousing — and as intellectually stimulating — as Carol Burnett’s Tarzan calls.