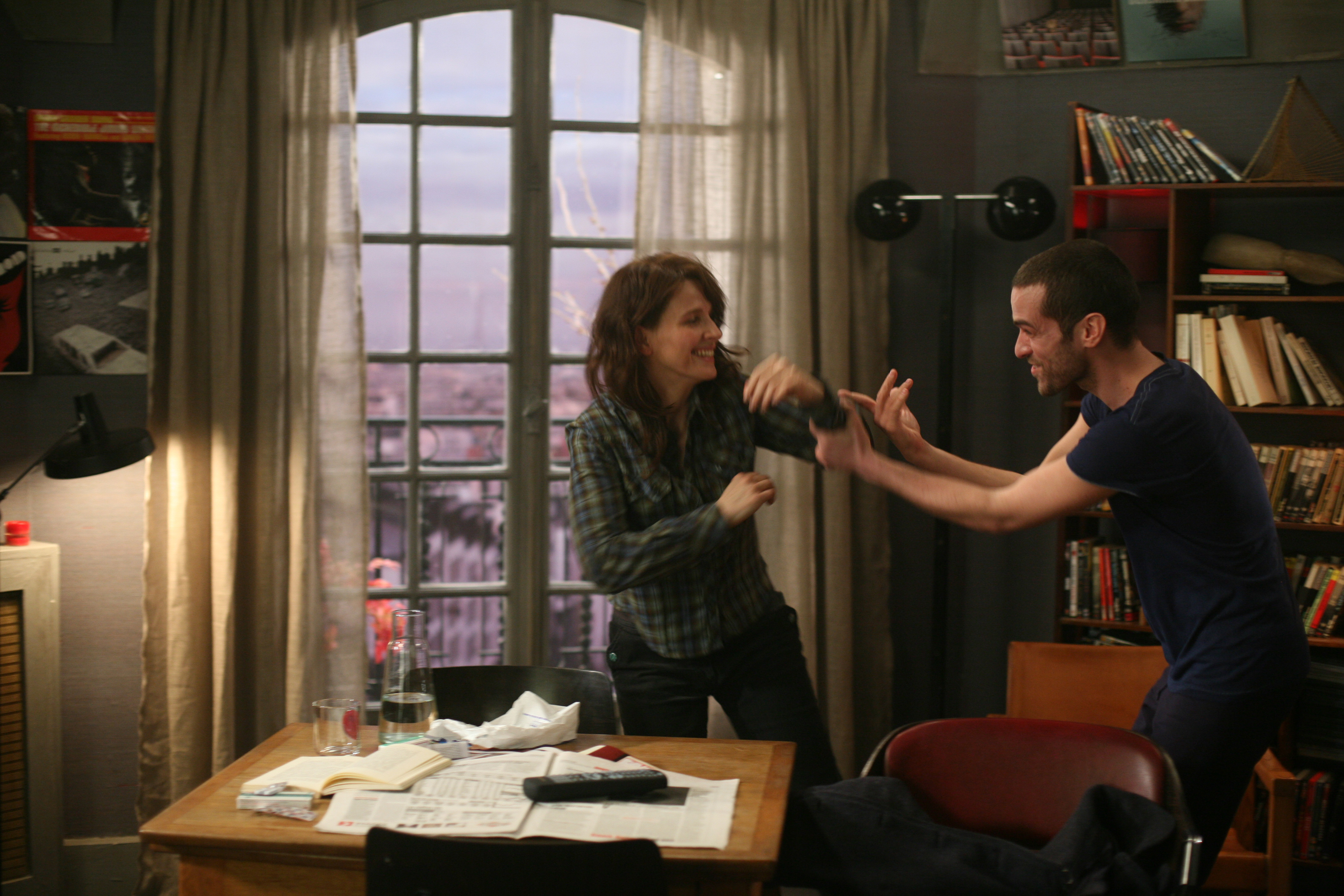 Sometimes it takes a disaster or near-death experience to catch one’s attention and appreciate life or at least start evaluating it. Such is the case for one of the many character’s that make Cédric Klapisch’s new film, Paris, starring Romain Duris as a sickly thirty-something Parisian who has just found out he needs a heart transplant. Understandably, the distressing news has made him acutely aware of his mortality, making him take stock of his life and surroundings. So sets the stage for yet another Klapisch film of intertwining characters and situations. Klapisch, whose other films include L’auberge Espagnole, Un Air de Famille and Russian Dolls, to name a few, clearly prefers working with ensembles and is impressively adept at doing so. The other of his films that have made it to U.S. theaters and/or DVD, although with some elements of drama, have been on the lighter, more humorous side than Paris, which is dominantly more dramatic, but not without some humor and lighter moments. Whichever way you look at it-comedy, with some drama, or a drama with some humor-it’s all good. Klapisch is a talented director, with a distinct and interesting style.

Of course key to any movie of this sort- large cast of intertwining characters and lives- is the casting and characterization. And in this Klapisch and Paris delivers in spades, beginning with Duris’ character as the ailing introspective Pierre, and Elise, his social worker sister. Elise takes time off from work, moving herself and her kids in with her brother for a bit to look out for him. But as she supports Pierre, he observes and challenges her lifelessness since her divorce. Elise is portrayed flawlessly by Juliette Binoche, who as far as I’m concerned is one of the best actresses in the world. Both these roles, in the hands of lesser actors, could have been contrived and over-the-top, but in the hands of Duris and Binoche, who by the way very much look like they could be siblings, are raw and believable. I expected a lot of melodramatic, tear-jerker scenes between the two given the circumstances, but everything seemed to be just enough and effective. An example of this is when Pierre tells Elise for the first time about his medical issue. Her first response is to bluntly ask how long he’s known. When she discovers it’s been for a while, she erupts with anger, scolding him. He releases tears of stress questioning her reaction- basically- “I tell you I’m going to die and you give me shit about not telling you sooner?!” Such anger, fear and arguing is so believable between siblings. Then there are little moments like when he lets the dishes pile up and she bitches about it despite his situation.

As I said, this is a film with many characters and situations. I don’t mean to get stuck on Elise and Pierre, but it’s hard not to given the actors. Moving on- enter Roland Verneuil, a middle-aged French history professor longs to get out of the past and into the present, with a great romance to re-ignite him. Cliché as it might be, he notices a beautiful, young student who can do just that, but only after he stalks her via texting; Elise and Pierre’s produce market vendor, Jean, ponders his work and personal situations now that he and his wife have split but continue to work together; A desperate, yet ambitious African man illegally enters the City to discover a new life, while a young Moroccan woman happily lands a new job at Pierre’s local bakery only to be discouraged by a racially insensitive, over-bearing boss.

The developing characters and their unfolding and converging stories make for the film’s essence. While the interconnections of the people of Paris are enjoyable and interesting, albeit a bit tepid, and Pierre’s observations of the characters in his life are poignant, I longed for he and the camera to take in more. I didn’t just want him to notice the annoying bakery owner and her sweet victim. I wanted him to notice, to really notice the bread they were selling- how it smells, tastes and feels. I wanted him to feel the pop of a cork released from a bottle of Champagne; drink in the beauty of Parc Monceau; the surprising sparseness of the 15th arrondissement; revel in the vibrancy and quaintness of Le Marais. To me Paris is good, but could have been more – an opportunity to unabashedly linger over Paris the City, its sights and sounds in all its shame and glory on every cinematic level. Of course that’s probably just the foodie and Francophile in me and this is a film of the “people” of Paris, maybe a bit glossed over and understated, but worth seeing.

(18287)
$6.99 (as of January 21, 2021 - More infoProduct prices and availability are accurate as of the date/time indicated and are subject to change. Any price and availability information displayed on [relevant Amazon Site(s), as applicable] at the time of purchase will apply to the purchase of this product.)

(20925)
$3.61 (as of January 21, 2021 - More infoProduct prices and availability are accurate as of the date/time indicated and are subject to change. Any price and availability information displayed on [relevant Amazon Site(s), as applicable] at the time of purchase will apply to the purchase of this product.)
related posts