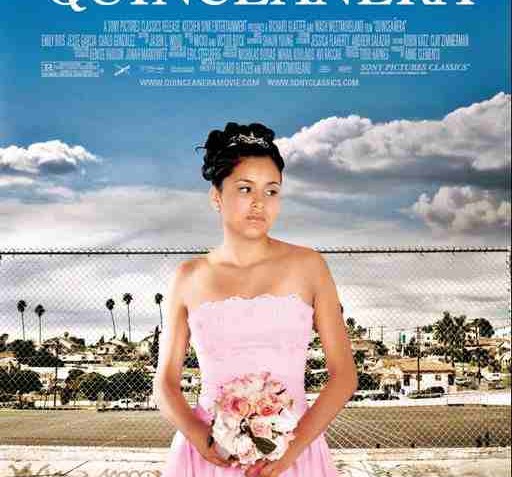 Quinceanera is a heavily Catholic-influenced rite of passage in Mexico, marking a young girl&#146;s fifteenth birthday as her transition into womanhood. Originally an indigenous custom predating the arrival of European colonizers by five hundred years, today it is more a cross between religious confirmation, junior prom, bar mitzvah, and teen first date. Against this cultural-specific backdrop, directors Richard Glatzer and Wash Westmoreland tell a loving and melodramatic story of contemporary Echo Park, their own Los Angeles neighborhood in transition.

Inspired by classic British kitchen sink dramas set in the post-war industrial north of England, Glatzer and Westmoreland sought to breathe new life into the genre with this film. Set in the poor Hispanic working-class community of the "old" Echo Park, social outsiders of a large extended family find their way, out of personal need, to a new family of choice. At the center of the narrative is Magdalena (Emily Rios) who obsesses about her upcoming quinceanera celebration. Her poor, pious store-front preacher father has raised his daughter to be a good girl, and is upset over her materialist values — she wants a Hummer limousine, a new, store-bought gown, and all the fashionable lavish frills that turn this solemn occasion into "party time." When the virginal Magdalena becomes pregnant, her boyfriend Herman (Ramiro Iniquez) is sent to live with relatives far away, and Magdalena is banished from her father&#146;s home.

She moves in with her saintly, single octogenarian great-uncle, Tio Tomas (Chalo Gonzalez), who has already taken in her cousin Carlos (Jesse Garcia), who is suspected of being "a gay." These not quite so pure and simple folks become enmeshed in unintended consequences of the neighborhood in transition. Carlos soon becomes acquainted with the (cliched upper middle class urban white) gay lifestyle, when Uncle Tomas&#146;s new landlords and front-unit neighbors, the Brit Gary (David W. Ross) and his Yank domestic partner James (Jason L. Wood), take a very personal interest in him.

Set in a cultural borderland, the film Quinceanera itself straddles realism and melodrama, telenovela and parable. Much of the film explores Magdalena&#146;s world in terms of Magdalena&#146;s culture. The narrative shifts to realistic-seeming slice of gay male yuppie life becomes a painfully cliched indictment of gay urban gentrification — the approaching demise of Echo Park&#146;s Hispanic culture may be at the mercy of larger forces of social change, but appears to be the whimsy of a couple of spoiled rich white queer boys as well.

Emily Rio is moving as Magdalena, conveying the inner turmoil in her awakening heart and conscience, as she learns the hard way how confusingly gray-shaded world is. (The narrative is driven by a simple question — is Magdalena a virgin or isn&#146;t she?) The real fireworks in Quinceanera are in Jesse Garcia&#146;s performance as cousin Carlos. All male bravura despite his tender youth and public exposure as a budding homosexual, Garcia demonstrates a depth of understanding for the emotions with which the young macho is quickly coming to terms. Veteran Mexican film star Chalo Gonzalez (The Wild Bunch, Bring Me the Head of Alfredo Garcia) plays an iconically simple but saintly parental figure, what Jesus might have been like had he lived to old age.

Perhaps the most lovable character in the film is the neighborhood of Echo Park itself. Conceived as a salute to the film-makers&#146; community, it is a tender portrait of that community. The film captures perspectives looking both ways — what has been and will soon be no more, as well as what is now about to come — from the perspectives of both parties. This documentary quality is further enhanced by the film&#146;s underlying theme, the ritual transition of a community, from youthful or simply naive optimism to a sadder but wiser, more realistic view. The poor will survive somehow, this film assures the viewer, and we can all be survivors. It all depends on how we play the cards that life deals us.