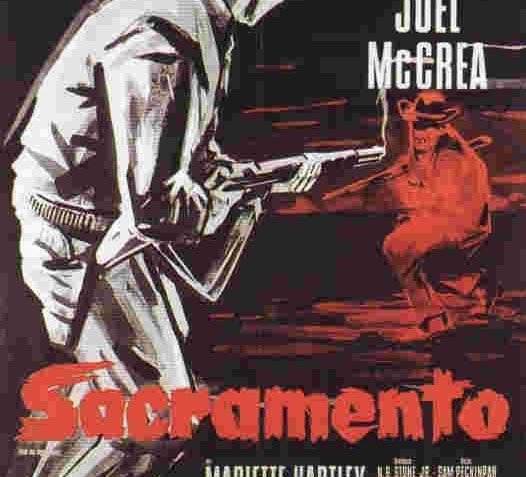 Sam Peckinpah was 36 years old when he made Ride the High Country, but it feels like the work of a man who&#146;s somewhat farther along in years. That&#146;s not because the film speaks so knowingly about the difficulties of aging (though it does that in spades), but because of its air of potent, self-aware nostalgia. A film of abundant visual beauty, it&#146;s also a highly literate one, rich in allusion and irony, through whose heart blows a chill valedictory breeze. Ride the High Country is a modern Western in the way it uses the Old West, not just as a colorful setting, but as a concrete part of the American experience. Like John Ford&#146;s The Man Who Shot Liberty Valance, it reflects the shift in attitude towards the past between the people who actually lived in it and those who came afterwards, and ultimately it asks us to contemplate our own past, both as individuals and as a people. A highly versatile work (its 94 minutes enclose in turn a morality play, historical essay, and probing character study), it represents a summing-up of everything that preceded it in the Western genre, the same way that Peckinpah&#146;s The Wild Bunch would perform another, more convulsive summing-up seven years later.

Ride the High Country&#146;s autumnal tone begins with its casting of Joel McCrea and Randolph Scott, two of the genre&#146;s most revered icons; after making scores of Westerns between them, High Country was to be Scott&#146;s last movie and McCrea&#146;s second to last one. McCrea plays Steven Judd, a former U.S. Marshal who&#146;s grown too old to wear a badge, and is now reduced to picking up work anywhere he can get it. Judd has outlived not only his reputation but also the era he made it in; he&#146;s surrounded by signs that the Wild West where he forged his identity is being overrun by the forces of progress. Judd, who wants nothing more than to recoup his self-respect, has just landed a job that at least draws on his experience as a lawman: armed guard, responsible for transporting gold bullion from Coarsegold, a mining camp in the high Sierras, back down to the bank in the lowlands. Judd needs help on the four-day ride to and from the settlement, and as luck would have it his old friend and former deputy Gil Westrum (Scott) is in town.

Westrum, who scrapes together his living from a rigged carnival game, is tantalized by the promise of easy money that he sees as rightful payback for his years of unrewarded service. Enlisting the aid of Heck Longstreet (Ron Starr), an impatient young hustler, he offers their services to Judd, hoping that once on the trail he can tempt his old friend into taking off with the gold. Westrum opens his psychological gambit the second they move into the foothills, using every opportunity that arises to remind Judd of all the ungrateful citizens and unmourned lawmen that litter their past. The two old friends talk through the moral problems posed by their lives, resorting in turn to Scripture, aphorism, and the memory of shared experience, until their journey finally becomes as much an inward as an outward passage. &#147;Pardner, you know what&#146;s on the back of a poor man when he dies?&#148; Gil asks at one point along the trail. &#147;The clothes of pride. Is that all you want?&#148; To this Judd replies with the movie&#146;s most quoted line, a paraphrase from the Book of Luke: &#147;All I want is to enter my house justified.&#148;

The trio&#146;s progress is complicated by the appearance of Elsa Knudsen (Mariette Hartley), a young runaway fleeing her father&#146;s repressive household to join her fiance, Billy Hammond (James Drury), a miner in Coarsegold. Judd and Westrum are forced by Heck to accept Elsa into their party, and after reaching Coarsegold, they&#146;re compelled to save her when Hammond and his four brothers turn out to be a pack of human hyenas. During the party&#146;s return journey down the mountain, Judd must fend off both the Hammond clan&#146;s attempts to retake Elsa and the crisis of betrayal brought on when Westrum and Heck, having run out of patience, try to seize the gold by force. If at the end of The Wild Bunch Pike Bishop takes his enemies to Hell with him, Steven Judd does his best to trailblaze a path into Heaven for his friends.

Ride the High Country offers us the chance to enjoy a more traditional, straightforward Sam Peckinpah, before a more radical artistry began altering the contours of his work. The gentleness of his sensibility is most palpable in the love he sheds on the great outdoors; rare for its time, Ride the High Country even contains an admonition against littering. Paired for the first time with world-class cameraman Lucien Ballard and shooting in CinemaScope, Peckinpah gets the most out of his locations&#151;from serene aspen-lined lakes to the mining camp&#146;s utilitarian grittiness&#151;and invests each of them with their own moral and emotional temperatures. And he&#146;s riddled his movie with unexpected pockets of pitched emotion: an alcoholic judge (a superb Edgar Buchanan, looking like a beetle that&#146;s been pickled in its own perspiration) pulls himself together to deliver a deeply felt wedding oration; a prostitute gnaws on a turkey leg while taking absent regard of a vicious beating that&#146;s occurring almost at her feet; a man, enraged at missing his human target, turns his gun on a hapless flock of chickens and blasts away.

After releasing Straw Dogs in 1972 Peckinpah would be reviled for his ostensible misogyny, and depending on how you see it Ride the High Country remains either the best possible rebuttal to this accusation or a measure of how far he would fall in the next ten years. It&#146;s hard to think of any cinematic character, male or female, who is more sympathetically rendered than Elsa Knudsen, the naive farmgirl who escapes a sexually inflected relationship with her father only to land in an even worse situation. Elsa&#146;s nightmare wedding to Billy Hammond remains one of the most heartfelt set pieces that Sam Peckinpah ever created, beginning with the comically lurid horseback procession in which the Hammond boys serenade the couple with a whiskey-fueled rendition of &#147;When The Roll Is Called Up Yonder.&#148; The ceremony and ensuing revelry are presented to us through Elsa&#146;s eyes, as she moves from disillusionment (Billy expects her to be married, and then to give up her virginity, in a whorehouse) to her horrifying discovery that the Hammond clan sees marriage as only a legitimized form of gang rape.

Seeds of the Sam Peckinpah who a few years hence would revolutionize cinema&#146;s depiction of violence are evident in Ride the High Country. The unblinking portrayal of physical suffering that would become a Peckinpah hallmark can be seen in the aftermath of a gunfight above the timberline, when a mortally wounded man seems to be watching his own death descend upon him as a cold mountain wind whips at his hair. And the concluding gunfight, in which Judd and Westrum test their values one last time by going head to head with the Hammonds, is edited in increasingly percussive rhythms as the bodies fall, presaging in embryonic form the cataclysmic gun battles that open and close The Wild Bunch. With Ride the High Country, Peckinpah also took the first steps in forming what would become one of the most colorful stock acting companies in film history. Warren Oates and L.Q. Jones are wonderfully repellent as two of the Hammond brothers, and R.G. Armstrong appears as Joshua Knudsen, the first of many religious fanatics he would play for Peckinpah.

McCrea turns in an irreplaceable performance as Steven Judd, whose touching mixture of stoicism and longing lies at the heart of so many Western heroes. The contrast between McCrea&#146;s flinty line-readings and Randolph&#146;s speculative, laid-back style perfectly mirrors the distance between Judd&#146;s unyielding sense of purpose and Westrum&#146;s flagging morality. McCrea gets the great speeches but Scott provides some of the movie&#146;s most affecting moments, as when Gil extends his bound hands after his scheme has gone awry and asks Judd to cut him loose for the night, bluntly offering as his only reason: &#147;I don&#146;t sleep so good anymore.&#148;

&#147;People change,&#148; the drunken Judge Tolliver reminds us in his oration, and by the end of Ride the High Country, all four of its main characters have traveled to an emotional location far from the one where they began. Steven Judd in particular moves from a state of humiliation to finish on a note of bittersweet triumph, which is something like the opposite of what happened to Sam Peckinpah over the course of his career. But perhaps it wouldn&#146;t matter even if the beleaguered director didn&#146;t &#147;sleep so good&#148; in the end, for any man that has a Ride the High Country inside him has plainly entered his house justified. The movie&#146;s famous closing shot, in which fulfillment and death arrive at one and the same moment, leaves you feeling like there&#146;s nothing left in the world to be said.