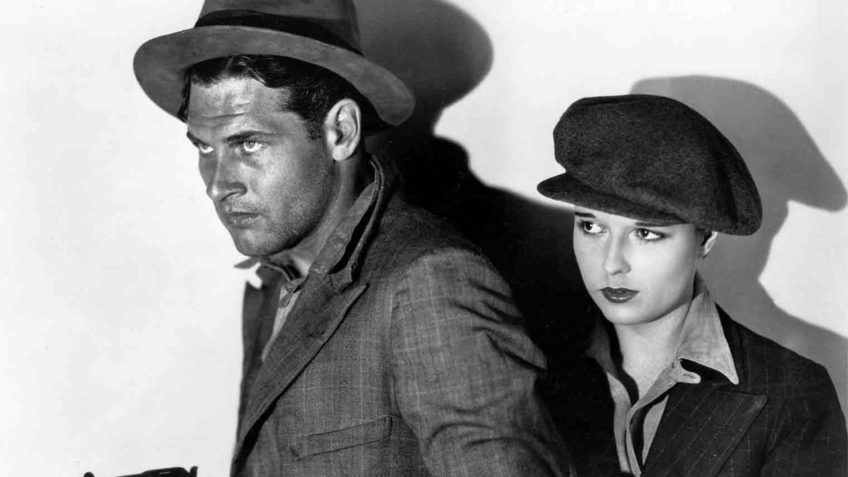 If any of these names makes your heart skip a beat, then mark your calendar for June 2nd to 5th, when the San Francisco Silent Film Festival roars back into town at the Castro Theater.

The program offers the usual blend of the domestic and the imported (Japan’s “That Night’s Wife,” Sweden’s “The Strongest,” France’s “Les Deux Timides,” Germany’s “Varieté” “Destiny” and “I Don’t Want To Be a Man,” etc.). There are shorts (“Amazing Tales from the Archives,” “Fantasia of Color in Early Cinema,” “The Battle of the Century and other Comedy Restorations”), classics (“Nanook of the North” and “The Italian Straw Hat”) and the long-forgotten (“Behind the Door”). All have live musical accompaniments, just like they did in great-great-grandpa’s day.

Opening night, Thursday June 2nd, features the legendary Louise Brooks in William Wellman’s “Beggars of Life,” co-starring Richard Arlen and Wallace Beery. In hobo drag, Brooks isn’t half as glamorous as she was in her break-out film, “Pandora’s Box,” but who’s complaining.

The next afternoon at 3, you have the chance to see another legend of the silent screen, Pola Negri, in “A Woman of the World.” A scandalous French countess (she smokes! she drinks! she has a tattoo!), Negri’s character travels from Europe to the hick town of Maple Valley, USA, to visit her dorky cousins. At a carnival for the newly constructed water works, the rubes set up a booth: “Speak to a Real Countess–25 cents.” Everything ends up happily, with cousin Sam proclaiming “It ain’t no sin to be tattooed–it’s just artistic” and love conquering all. Negri, Ernst Lubitsch’s protogée and one-time lover of Rudolph Valentino, sizzles in this charming comedy.

At 3 p.m., “That Night’s Wife (Sono Yo No Tsuma),”directed by Yasujiro Ozu, one of Japan’s iconic directors, combines a crime movie with a family drama. In “Mothers of Men or Every Woman’s Problem” (USA–4:30), a woman attains high political office–a fantasy in the years before American women got the vote. It’s filmed in the Bay Area.

Emil Jannings stars as a trapeze artist who deserts his family for the young Lya de Putti in “Varieté” (7:15), a German melodrama that played in a censored version in the United States long ago. On YouTube, you can watch a clip of Jannings mending de Putti’s stocking and get a little feel for the film’s sizzle.
Wallace Beery is back as a German submarine captain in “Behind the Door” (9:30), a 1919 drama set during World War I. If you want to make an early night of it, this is the one to skip–“bizarre” doesn’t begin to describe this film, which starts out as a bucolic romance and ends with–well, let’s just say that one of the characters is a taxidermist with an odd choice of subjects.

Saturday, June 4th, starts out at 10 a.m. with a selection of restored comedies, including a Lauren and Hardy and a Buster Keaton. It’s followed at noon by “The Strongest (Den Starkaste),” a Swedish drama set in the Arctic Ocean, which could almost be a documentary. There’s a romantic sub-plot, but the main story line deals with rival seal- and bear-hunting teams.

“Shooting Stars” (2:30), directed by Anthony Asquith, is set in the world of film and is, to quote the program, “a behind the-scenes look at moviemaking that mixes comedy and suspense with Hitchcockian plot twists….” Brian Aherne, who went on to a long career in American movies and TV, stars.

The oldest surviving film directed by an African-American is Oscar Micheaux’s “Within Our Gates” (5:15), the story of a young black woman in the Great Migration. An original score for voices and strings will be performed by Oakland Symphony musicians and members of the Oakland Symphony Chorus under the direction of Michael Morgan.

“The Italian Straw Hat” (7:30) is one of the festival’s two films (the second is “Les Deux Timides”) directed by René Clair (“À nous la liberté,” “I Married a Witch,” “And Then There Were None”). This famous comedy, set in 1895, starts out with a man’s horse eating the hat of a married woman having (presumably) sex in the shrubbery with a man not her husband. To preserve her reputation, the owner of the horse, who is himself on the way to his wedding, is compelled to replace the hat. Hilarious mayhem results.

“The Last Warning” (10 p.m.) is a Broadway-set murder mystery featuring Laura LaPlante, an incriminating handkerchief, a secret room, and all sorts of suspicious goings-on.

Sunday morning starts off at 10 with “Fantasia of Color in Early Cinema,” and it’s amazing what techniques early filmmakers employed beyond the familiar tinting–a sad scene all in blue, a happy one in pink, etc.

In keeping with the current attention to gender-bending, “Girls Will Be Boys” includes “I Don’t Want to Be a Man,” directed by Ernst Lubitsch (“Ninotchka,” “The Shop around the Corner,” and many more masterpieces), and Richard Wallace’s “What’s the World Coming To” (noon). Cross-dressing wan’t invented in the 21st century.

Robert Flaherty’s “Nanook of the North” (1:45), the first feature-length documentary (sort of) was filmed in Canada’s Hudson Bay. Its story of the lives of Inuit people includes some staged events; still, the film was among the first included in the Library of Congress’s National Film Registry.

“Destiny” (“Der müde Tod”) (3:45) is Fritz Lang’s (“Metropolis,” “M”) fantasy about a young woman who tries to join her dead lover, with imaginative excursions into Persia, Venice, and China. “The film was highly influential, most notably in helping persuade Alfred Hitchcock and Luis Buñuel of the promise of the medium,” says Wikipedia.

“Les deux timides” (6:30) is the festival’s second René Clair film and his last feature-length silent. Like “An Italian Straw Hat,” it’s derived from a comedy by Eugène Labiche and uses slapstick and fantasy.

The festival concludes with “When the Clouds Roll By” (8:30), the first feature film directed by Victor Fleming, who later made his name with “The Wizard of Oz” and “Gone with the Wind” (both released in 1939). “Clouds,” a satire of psychology, stars Douglas Fairbanks in his pre-swashbuckler days and employs lots of fantasy and special effects.

Tickets and passes are available online at info@silentfilm.org. Memberships are also available and entitle members to ticket discounts.