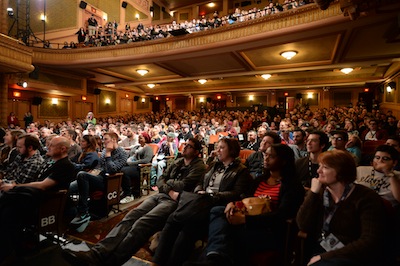 Feature films get most of the hype, but a tightly focused short can often be as much of a satisfying cinematic experience (with far less filler) than a full-length movie. Exhibit A: the following five gems from “South by Southwest’s” 2015’s documentary shorts program, all of which are well worth seeking out online, on TV, or at a film festival near you. 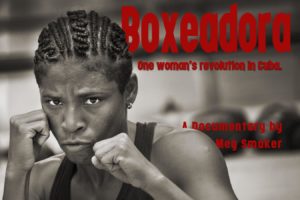 Perseverance against tall odds seemed to be the unofficial organizing principle of 2015’s SXSW documentary shorts selection criteria, and perhaps no single person embodied that theme more completely than Namibia, the only female boxer in Cuba. Because the Castro regime won’t allow women to compete in the ring, Namibia’s rigorous training schedule is merely a stubborn act of faith as director Meg Smaker (herself a competitive boxer) follows her 38-year-old subject’s increasingly desperate attempts to find a sponsor country to send her to the Olympics before she ages out of the competition. 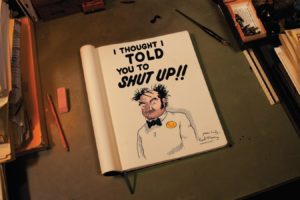 “I Thought I Told You to Shut Up!”

As Namibia could surely attest, the only thing more frustrating than getting nowhere with a dream is almost (but not quite) achieving it thanks to forces beyond one’s control. Such is the fate of David Boswell, who achieved cult success with his indie comic “Reid Fleming, The World’s Toughest Milkman” in the 1970s, garnering influential A-list fans like SCTV’s Dave Thomas and “Simpsons” creator Matt Groening. Unfortunately, one Hollywood executive was not amused, blocking a big-screen adaptation of the project (while also retaining the rights to the property), leaving Boswell in a creative and financial limbo ruefully chronicled by his nephew, director Charlie Tyrell. 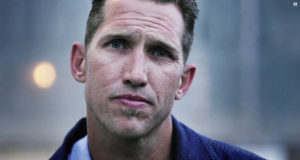 Director Ondi Timoner puts a more hopeful spin on long odds in her chronicle of “The Last Mile,” a program at San Quentin prison based on the humorous yet accurate observation that criminals are basically entrepreneurs with misdirected skills sets. As such, TLM co-founders Chris Redlitz and Beverly Parent (along with board member MC Hammer) work to focus the inmates’ “outside the box” thinking on more positive outcomes as they learn to create business plans and pitch ideas for tech start-ups — all despite state prohibitions against convicts using the internet or even computers while incarcerated. 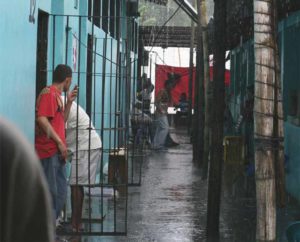 Viewers may find it more difficult to root for the subjects of this disturbing yet fascinating documentary by Josh Chertoff and Alfredo Alcantara, which deals with the controversial practice of cockfighting. Yet the “sport” is a family tradition for Mexicans like Abelardo Olguín Cuevas, who explains that he actually loves the roosters he raises to fight (and possibly die) in the bloody competitions — because if he didn’t, he would simply eat them. Yet Abelardo’s son has little interest in the family legacy, and with legal bans on the horizon, “el porvenir” (or “the future”) seems inevitable. facebook.com/bowsxarrows 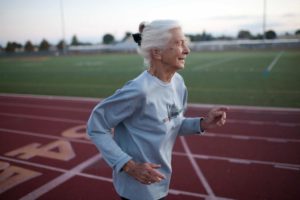 SXsports didn’t seem like a natural fit when it was added as a “Convergence track” of the SXSW festival in 2014 — yet there’s clearly a rich vein of drama in the films under its banner like “Boxeadora”, “El Porvenir”, and this short documentary by Gabe Spitzer about a marathoner whose career didn’t begin until after her 59th birthday. Google Joy Johnson if you’re looking for spoilers about the rest of the story, or seek out this moving short about an inspiring woman . http://www.belugapictures.com/every-day/