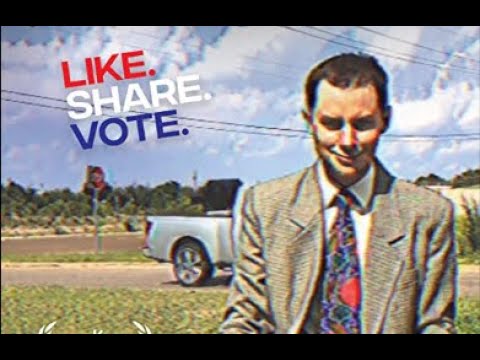 What a long, strange trip it’s been.

When I wrote my preview of the 2020 South-by-Southwest Festival just about a year ago, there were less than 100 COVID cases in the United States.  Yet by the time the article appeared online, SXSW had already cancelled the festival for the first time in its 34-year history and was scrambling to post a small (but impressive) sampling of films, shorts, and episodic content online for critics.

This time around, with a year to adapt to the “new normal,” SXSW 2021 has returned to its core mission of providing way more (online) programming than any single human can possibly hope to view, screening 75 features and 84 shorts (along with episodic content, Virtual Cinema projects, special events, a socially-distanced keynote address from Stacey Abrams, and more) from March 16-20.

Even more challenging for attendees, since virtual screenings have no lines or maximum seating capacities (unless the powers-that-be find a technological way to fully replicate the live festival experience in cyberspace), one could technically watch 96 straight hours of programming yet still only scratch the surface of the full program.

Fortunately, the patented Culture Vulture Choose-O-Matic system (developed over many years of SXSW coverage) provides a sure-fire way to sift through all the possibilities with a simple, seven-step decision tree, starting with:

1. Does the 2021 line-up include a documentary about a British bus driver creating a theatrical version of Ridley Scott’s “Alien” with home-made special effects?

Yes.  It’s called “Alien on Stage,” it was directed by Danielle Kummer and Lucy Harvey, and it’s obviously a must-see.

When it comes to projects depicting the pandemic (to quote the immortal Pee-Wee Herman), “I don’t have to see it…I lived it.”  Yet based on the description of “Recovery,” directors Stephen Meek and Mallory Everton have apparently figured out a clever way to avoid the claustrophobia of coronavirus storytelling by sending two directionless sisters on “a cross-country road trip to rescue their grandmother from a COVID outbreak at her nursing home.”  (See also: “The End of Us” and “In the Same Breath” for additional dramatic and documentary takes on the topic, respectively.)

We need all the laughs we can get after the bummer wrapped in a downer inside a dystopian train wreck of dumpster fires that was 2020 (and roughly the first 20 days of 2021), so “Hysterical” seems like a good place to start as director Andrea Nevins delivers “a hilarious backstage pass into the lives of some of stand-up comedy’s most boundary-breaking women.”  As for fictional feature film funny, “Paul Dood’s Deadly Lunch Break” (featuring the sparkly-suited title character dispatching wrongdoers during the aforementioned meal interval) sounds promising.  And while the end-of-the-world party genre may sound distressingly apocalyptic, “How It Ends” is likely to skew darkly comic with a cast including Nick Kroll, Olivia Wilde, Fred Armisen, Charlie Day, and Whitney Cummings.

Shaking off the bad vibes of the past is important, yet SXSW also specializes in reenergizing attendees to hook the future by the horns — and 2021 is no different, whether it’s viewing the work of up-and-coming young filmmakers in the Texas High School Shorts program, watching the evolution of future leaders in “Kid Candidate” (Jasmine Stodel’s profile of a Gen-Z musician running for the Amarillo, TX city council), searching for new galactic homes for humanity in Nathaniel Kahn’s science-hugging documentary, “The Hunt for Planet B,” or supporting whistle-blowers in Sonia Kennebeck’s “United States Vs. Reality Winner.”  And while knocking over lots and lots (and lots) of dominos may not technically count as inspiring, Jeremy Workman’s “Lily Topples the World” still sounds pretty cool.

Now that the horrors of the real world seem to be receding a bit (fingers crossed), we may finally have the emotional bandwidth to enjoy non-doomscrolling tales of suspense again like Jacob Gentry’s ’80s-set “Broadcast Signal Intrusion” (about the dark secrets behind a series of sinister pirate broadcasts), Kier-La Janisse’s folk horror doc “Woodlands Dark and Days Bewitched” or the intriguing combination of phrases “ultra-violent fantasy epic” and “starring Richard E. Grant, Lucy Lawless, and Patton Oswalt” in the description of something called “The Spine of Night.”

Of course, it wouldn’t officially be SXSW without the music/movie lollapalooza’s de rigueur slate of rock docs, this year including “Under the Volcano”(about George Martin’s AIR Studios Montserrat), the eponymous profiles “Poly Styrene: I Am a Cliché,” “Tom Petty, Somewhere You Feel Free,” “Demi Lovato: Dancing with the Devil,” and more.

7. What about Bigfoot, Udo Kier, and Mexican wrestlers?

While there’s still tons more content that I haven’t yet mentioned, for those wondering if the festival will satisfy their specific cravings for yeti pot farm mayhem, Warhol-adjacent hairdresser drama, and masked ladies fighting oppression in Ciudad Juárez, SXSW 2021’s got you covered with “Sasquatch,” “Swan Song,” and “Luchadoras.”  Stay tuned!