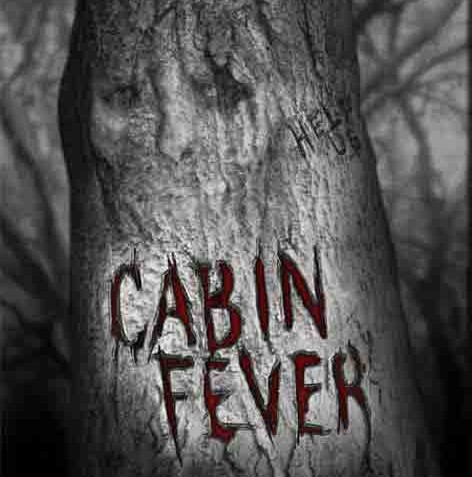 The 2003 edition of the South by Southwest Film Festival got off to a less than inspiring start with the world premiere of Go Further, Ron Mann’s documentary of Woody Harrelson’s Simple Organic Living tour. Described by the director as "The Electric Kool-Aid Acid Test on tofu," the film chronicles the adventures of Harrelson and his eco-friendly cohorts as they bike down the Pacific coast accompanied by a hemp-fueled bus and visit college campuses to spread environmental awareness. Their commitment is admirable and they certainly make some good points along the way, but Harrelson’s dopey persona evokes unintentional laughter even in his most earnest moments. Director Mann treats us to footage of the expected assortment of neo-hippie trappings, including yoga sessions, hacky sack games and musical performances by Bob Weir and Natalie Merchant, among others. It&#146;s a vanity project with a message, amusing at times but hardly worthy of the festival&#146;s kickoff spot.

Fortunately, Go Further was not indicative of the overall quality of SXSW 2003, the 10th anniversary of the film festival based in Austin, TX. To celebrate this landmark, a handful of favorite films from previous years were screened, including Richard Linklater&#146;s rarely seen Super-8 debut, It&#146;s Impossible to Learn to Plow by Reading Books. The rest of the lineup consisted of an eclectic mix of upcoming releases (A Mighty Wind, the latest mockumentary by Christopher Guest and friends), documentaries (The Revolution Will Not Be Televised, a firsthand depiction of a South American coup) and independent films (Cabin Fever, a low-budget gorefest).

For many who attend the SXSW festival, the roster of films is almost a secondary concern. There are nightly parties, some of which offer free beer, barbecue and music, and all of which afford ample networking opportunities for aspiring filmmakers. Panel discussions held at the convention center featured one-on-one interviews with Robert Duvall (in town with his latest directorial effort, Assassination Tango) and Robert Rodriguez (a longtime Austinite who continues to produce his films locally), as well as topics ranging from "Responsible Filmmaking" to "Affordable Effects." For many out-of-towners, Austin itself remains the main attraction, from the clubs of Sixth Street to the Tex-Mex restaurant row, from the art deco magnificence of the Paramount Theater to the down-home beer-and-burger charm of the Alamo Drafthouse.

The films are our primary concern here, however, so without further ado, our fourth annual look at the highlights and lowlights of SXSW:

Happy Here and Now &#150; In the latest feature from director Michael Almereyda (Nadja, Hamlet), a young woman’s search for her missing sister leads her into a shadowy world of New Orleans hipsters. As the elliptical narrative unfolds, an ex-CIA agent played by Clarence Williams III helps Amelia (Liane Balaban) recover webcam footage from her sister’s laptop. These webchats involve other characters in the film, who are often disguised as still other characters through the use of lifelike avatars. This weirdly engrossing puzzler features the late R & B madman Ernie K-Doe and his fabulous Mother-in-Law Lounge, depicted here as an almost mystical gateway to a world of shifting identities.

The Hired Hand &#150; Peter Fonda is a wandering cowpoke who decides to return to the wife and daughter he abandoned years earlier. Warren Oates is his faithful sidekick, whose capture by an old enemy forces Fonda to make a difficult choice. Low-key and occasionally dated, this newly restored version of Fonda’s 1971 directorial debut is most notable for its heart-stoppingly gorgeous Vilmos Zsigmond cinematography (which is marred at times by some ill-advised psychedelic post-production effects).

Weather Underground &#151; This first-rate documentary relates the history of the Weathermen, the violent anti-war group that emerged from the student protests of the late 60&#146;s. Present-day interviews with many of the participants are interwoven with extraordinary archival footage to create a portrait of startling immediacy. Filmmakers Sam Green and Bill Siegel include multiple points of view, from an undercover FBI agent who infiltrated the group to a member of the nonviolent Students for a Democratic Society, who decries the Weathermen&#146;s methods. They&#146;ve crafted a riveting historical document &#151; a sobering and timely look at the dark side of political activism.

Off the Charts: The Song-Poem Story &#151; Remember those little ads in the back of comic books and magazines offering aspiring songwriters the chance to have their lyrics set to music and recorded by professionals, with possible royalties, airplay, fame and fortune to follow? Off the Charts examines the still-thriving song-poem industry, casting an amused but affectionate eye on the sometimes crude, sometimes inane and often just plain bonkers outsider art that results. At last the wordsmiths behind immortal classics you&#146;ve never heard like "Blind Man&#146;s Penis" and "Jimmy Carter Says &#145;Yes!&#146;" are given their due, as are the studio musicians responsible for cranking out the musical accompaniment. Like all documentaries about ordinary folks whose artistic ambitions outstrip their talent, Off the Charts runs the risk of condescending to its subjects. Director Jamie Meltzer never lets that happen, however, and the result is a hilarious and heartfelt celebration of the creative spirit.

Cinemania &#151; A sort of cautionary tale for avid movie fans, this misguided, mean-spirited documentary fails in every way Off the Charts succeeds. A profile of five obsessive New York filmgoers, Cinemania is less empathetic portrait than exploitative carnival sideshow. While a couple of the subjects might charitably be regarded as eccentric, several are clearly mentally ill. Living on disability, compulsively poring over multiple copies of film schedules, hectoring projectionists and occasionally even assaulting theater employees, these individuals have turned movie love into a disturbing psychosis. By zeroing in on every picked nose, unzipped fly and junk-heap apartment, filmmakers Angela Christlieb and Stephen Kijak tip their hand; their interest in their subjects extends solely to the freak show value they provide.

(18243)
$2.85 (as of January 25, 2021 - More infoProduct prices and availability are accurate as of the date/time indicated and are subject to change. Any price and availability information displayed on [relevant Amazon Site(s), as applicable] at the time of purchase will apply to the purchase of this product.)

(16435)
$7.64 (as of January 25, 2021 - More infoProduct prices and availability are accurate as of the date/time indicated and are subject to change. Any price and availability information displayed on [relevant Amazon Site(s), as applicable] at the time of purchase will apply to the purchase of this product.)
related posts