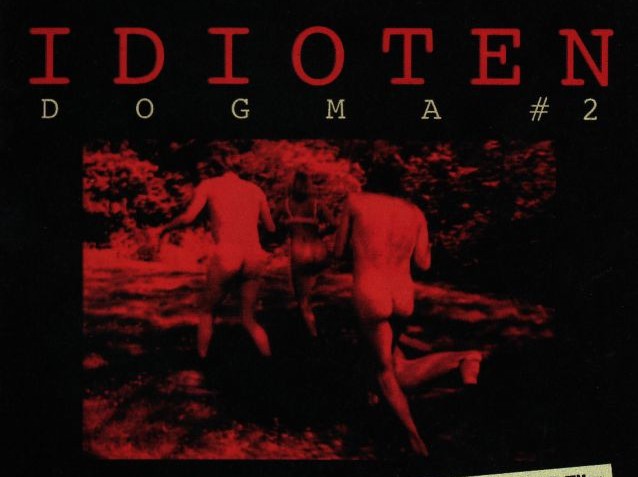 Imagine the sales pitch. Giddy investors have gathered to hear the new idea from Lars von Trier, who is following up the enormous critical and commercial success of Breaking the Waves. He has the clout to demand anything now: opulent sets, 70mm widescreen, overpaid American stars. He offers instead The Idiots. In mock documentary style, it will tell the tale of a group of young Danes who gather in a cultish commune in the interest of "spazzing": shocking the local bourgeoisie by pretending to be mentally retarded. It is to be produced under the tongue-in-cheek aesthetic austerity regime of "Dogma 95," abjuring artificial light, sets, even the use of a tripod. It is to culminate in a scene of graphic group sex. The investors surely shuddered, thankful that the Dogma "Vow of Chastity" would ensure that they couldn’t lose all that much money on such a fiasco.

The Idiots, made in 1998 but only now receiving an American release, is a startling film. In light of Emily Watson’s tortured variation on the Holy Fool in Breaking the Waves, one might fear an offensive celebration of the "innocence" and "purity" of the mentally retarded, a sort of Danish Forrest Gump. (Or, even worse, a revisiting of the morally indefensible DeBroca travesty King of Hearts, where insanity and brain damage confer wisdom.) The film is far too slippery for that. Asked to explain the fascination with "idiocy," the commune’s leader Stoffer (Jens Albinus) mumbles a hilarious send-up of vacuous New Age cant: "We are searching for our inner idiot." Pressed for their real agenda, the best he can come up with is "taking the piss."

Taking the piss may seem slight as a political agenda, but it’s an ideal satirical strategy. Von Trier has a scorched earth policy here, subjecting everything in the film to hostile ridicule. There’s no safety for anyone, especially the audience. Once you think you understand the film’s position, it undercuts your comfortable response by flailing away at yet another target. The approach is similar to Godard’s 1967 masterpiece, Week-End. That, too, was a scattershot satire so savage that it approached nihilism. It attempted no less than to destroy everything, inviting audiences to laugh at cannibalism, murder, rape and the empty pieties of naive revolutionaries. The film rubbed our noses in the worst human excesses while denying us the opportunity to feel superior.

Von Trier takes this strategy into truly taboo realms. The film is less about the mentally retarded than about our reaction to them, the way that our polite, condescending smiles mask primal fears. Each spazzing episode sees good people struggling to make conversation as they strain not to shudder, while the communards drool and twitch. We begin by laughing at their discomfort, but von Trier never lets us off that easily: the nice liberal humanists the communards are confronting are behaving exactly as we would.

The film’s pivotal scene is a visit to the commune by a group of adults with Down’s syndrome. The communards react with various degrees of abject horror, not because they finally see their cruelty in imitating such people but rather due to their realization that their own reactions aren’t much different from those they provoke in the locals.

The visit foments a crisis. Stoffer escalates their outrages, pushing them all to greater feats of idiocy. By the time they stage a spazzing orgy (shot as hardcore pornography, though the genitalia have been concealed for American consumption), the film has gone far beyond mere outrageousness. It’s impossible to know how to respond to this scene, particularly since the groping and flailing contain the film’s only moments of emotional connection. That the idiots have to feign retardation to express love may be an easy irony, but von Trier’s setting these small epiphanies amidst raw, rather ugly sex and the spastic contortions of the idiots’ roleplaying pushes us far past any simplistic reading.

The film opens with the introduction of Karen (Bodil Jorgensen) to the commune. Shy, troubled, but generous, she falls in with the idiots and acts as our surrogate, giving voice to our moral objections and questions. When, at film’s end, she tries to save the faltering commune with her first real act of idiocy, the film’s shifting point of view and assaultive tactics come to a head in a scene so caustic, so withering that all of the issues the film has raised about complicity explode in a single, overwhelming closeup. It’s a devastating moment, worth the unpleasantness that precedes it.

It is a testament to Von Trier’s technical virtuosity that a film shot with crude video equipment in amateurish conditions could be so gorgeous. Von Trier’s cinematography occasionally suggests the lustrous, burnished tones of Sven Nykvist’s work for Ingmar Bergman. The natural light is rarely harsh, and the handheld camera is fluid rather than disconcerting. For all the Dogma rhetoric of abnegation, this is a film of rare beauty. The Idiots is without question the most challenging, difficult film released thus far this year. It’s also the best.