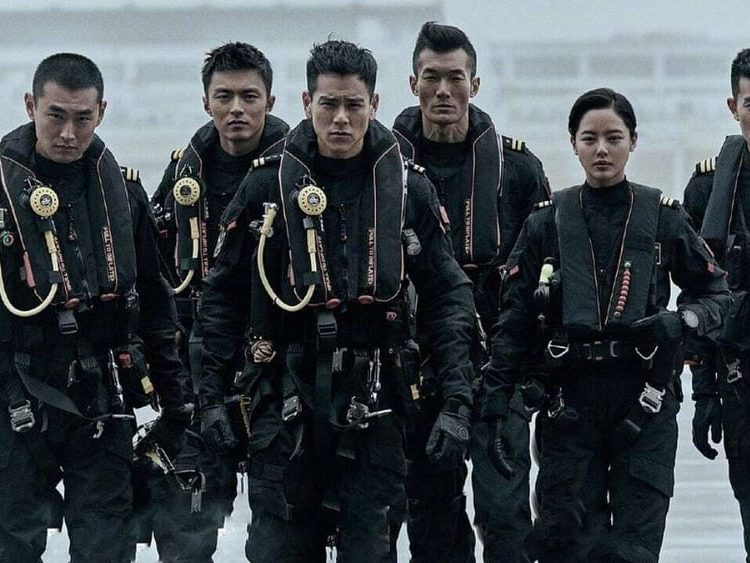 Creating an emotionally compelling documentary from material with an already well-known ending depends on the skill and commitment of the filmmakers. How do you get an audience invested when everyone knows what’s going to happen? This was the challenge facing Oscar-winning directors E. Chai Vaserhelyi and Jimmy Chin (“Free Solo,” “Meru”) in crafting “The Rescue,” a film about the miraculous global effort to save a team of 12 young soccer players and their coach trapped in a flooded underground cave in Northern Thailand in 2018.

For three years, during a pandemic no less, they immersed themselves in international news feeds and local Thai footage, sometimes piecing together scenes from a slew of disparate sources. Then at the last minute when their task was nearly completed and the film was ready to be released, they finally got their hands on a previously withheld cache of 87-hours of video shot by the Thai Navy Seals. So Vaserhelyi, Chin, and their editor Bob Eisenhardt headed back to the cutting room and in the end fashioned a heart-pounding and moving testament to the generosity of strangers.

The 18-day rescue operation in the six-mile Tham Luang cave became an international operation attracting 5000 volunteers from around the world. As such, the impossible task of saving the children buried 280-feet underground required a massive, but not always smooth, coordination of cultures. The close-to-the-vest Thai officials and Thai Navy Seals had jurisdiction but had no cave diving experience; American Seals were eager but also had limited experience in these waters. The ultimate responsibility for the rescue eventually fell on the shoulders of a rag-tag team of middle-aged men who happened to be the best cave divers in the world.

The first two outsiders to arrive on the scene were John Volanthen, an IT consultant, and Rick Stanton, a retired firefighter, both from the U.K. Each of them had been cave diving for decades. Since every good suspense tale needs a main character to pin your hopes on, these two scruffy Brits became the defacto heroes of the film. In interviews, they come off as slightly strange loners, but very decent sorts. But Vasarhelyi and Chin, who had to wade their way through diplomatic channels and military and civilian clearances, are careful in presenting the rescue from all sides. Obviously for the Thai people watching and waiting, and the parents of the children, it was a grueling and spiritual journey as they pray at a makeshift shrine for the success of the mission.

Vasarhelvi and Chin, himself an acclaimed climber, are obviously attracted to this kind of story and thrive on the drama in extreme conditions. In “Free Solo” they documented the first person to climb Yosemite’s El Capitan with no strings attached.

For “The Rescue,” Vasarhelvi and Chin’s narrative strategy is straight ahead as they allow the beats of the story to unfold chronologically. They were able to show every step of the journey, and when they didn’t have the material, they filled holes with shots recreated with the British divers in a tank at Pinewood Studios outside London. At times, sections of the story are effectively animated to illustrate the geography of the cave and to chart the progress of the rescuers. Once the directors have the film up and running, it’s edge-of-the-seat stuff with the momentum building. The mood of the film is one of controlled chaos, as it must have felt like in real-time.

The soccer team and coach had wandered into this network of caves before the onset of the monsoons when an early storm left them stranded. The action starts out with Stanton and Volanthen surveying the waterlogged caves as they try to figure out where the kids might be, and if they could still be alive. And a few days after that, the rains return and make the impossible operation even more fraught and treacherous.

Moving through the caves devoid of light or sound feels like entering the abyss. These are strange souls who find solace and pleasure in this environment. Stanton calls it the greatest adventure and likens it to being in space. For the audience, the claustrophobia and danger comes through loud and clear.

After discovering the kids, comes the hard part, getting them out. There was no feasible way for untrained children to make the two-and-a-half-hour underwater journey to safety. So Stanton came up with a desperate plan and contacted a diver friend, Dr. Richard Harris, who was an anesthesiologist in Australia. Harris joined the team in Thailand but resisted what he thought was an unworkable plan until he couldn’t come up with anything better. He injected a cocktail of sedatives and the semi-conscious kids and coach are escorted through the maze one-by-one over the course of three days. It was a harrowing journey, not without incident, and it’s harrowing to watch.

Perhaps the most infamous rescue film is Billy Wilder’s “Ace in the Hole” from 1951, in which a down-on-his-luck reporter delays a mine rescue to further his own career. As he milks the story, a carnival-like encampment builds up around the site. It has been called the most cynical movie ever made.

“The Rescue” is the polar opposite. Thousands of people from all over the world came together and in the final stage of the rescue, a lengthy chain of volunteers passes the stretchers from hand to hand, lifting the children up and out of the cave, as if they were elevating the human spirit itself.