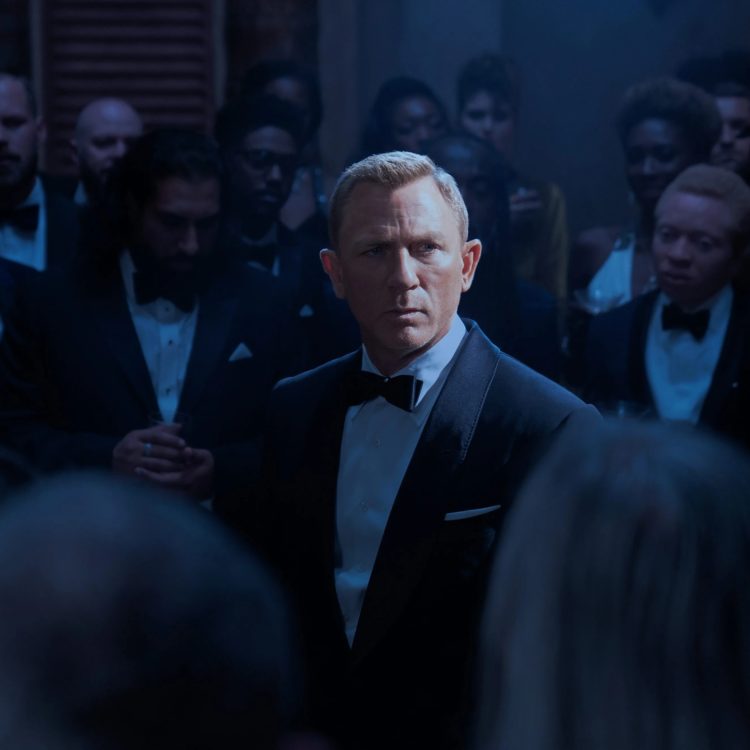 Just saw No Time To Die and…um, so…all the “controversy” surrounding it was clearly a marketing scheme, right? Like, there aren’t REALLY any dinosaurs out there who honestly, actually thought it was too “woke”…right? ‘Cause if anyone DID think that, I mean, I guess, just….say hi to the asteroid for me. MORE IMPORTANTLY, THOUGH, where does it rank in the Culture Vulture Top 5 of the Craig/Bond era? I KNOW YOU’RE DYING TO FIND OUT!!!

1. QUANTUM OF SOLACE Everyone says it’s the worst. As usual, everyone is wrong. It’s the tightest and best of the Craig Bonds. Not sure where that ranks it in the overall Bond oeuvre, but we’ll save that to (Die) Another Day.

2. NO TIME TO DIE Better than expected, partly because it leaned so old school (hello, secret island lair!), with so many Easter eggs (not unlike Brosnan’s superior swan song…Die Another Day). Also, I smiled at the traditional zeitgeist-y glomming of Billie Eilish doing the theme song, however unmemorable… UNLIKE the lovely reprise of Louis Armstrong’s classic “We Have All The Time In The World” over the end credits).

3. SPECTRE
Pretty much tied with #4 but slightly ahead because (1) it’s cool to do a whole movie about Spectre and (2) Christoph Waltz was head and shoulders above all the other villains in the Craig era. Still, I can barely remember any of the good parts of this movie — whereas I remember MANY good parts from Timothy Dalton’s License to Kill. And just take a moment to let that sink in as a harsh, harsh, super-harsh indictment of the whole Daniel Craig era.

4. CASINO ROYALE Way overrated except for the fantastic scene of Craig’s Bond laughing maniacally while getting hit in the nuts over and over again (which I guess was a modern callback to the classic laser aimed at his crotch bit)? Yet the whole movie hinges on…Bond beating the villain with a straight flush. I mean, like, ANYONE could do that…whereas Sean Connery was so cool he could’ve won with just a pair of deuces.

5. SKYFALL Much love to Javier Bardem, who did his damnedest (and even brought out Bond’s bi side) — but this is nevertheless one of the stupidest action movies of all time. The entire Fast and the Furious franchise is a master class in tight. logical plotting compared to how jaw-droppingly awful the writing here was. Buy me a drink sometime (shaken, not stirred) and I’ll go through it with you point by point. Even worse, it squandered a golden “origin story” opportunity to expand the 007-iverse by revealing that “James Bond” is similar to the Dread Pirate Roberts, i.e., a name passed down through the eras as a fun way of explaining how ALL the Bonds could exist in the same continuum. Moreover, the WHOLE PLOT seemed to be leading up to that reveal before the film totally whiffed it in service to a brain dead premise whereby James Bond could somehow stop decades of supervillains from destroying all of humanity yet somehow couldn’t protect one nice lady (after…bringing her into the middle of nowhere with no backup surrounded by armed gunmen)? Not just the worst of the Daniel Craig films but maybe the worst Bond film ever.