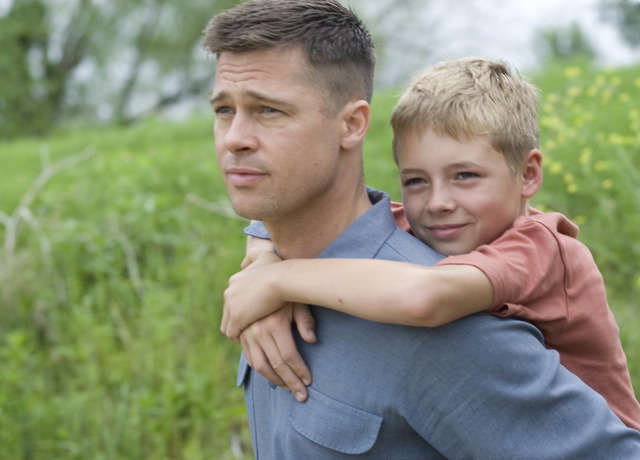 The Tree of Life

With only five films from Terrence Malick in 38 years, every Malick movie is a highly anticipated cinematic event. Furthermore, nothing invigorates a critic like a work that swings for the fences, even if the ball doesn’t quite make it, and Malick’s ambition is to aim for the moon with every film. His latest, The Tree of Life, pursues nothing less than capturing on celluloid the origin of, well, everything, while melding science and religion, nature and the ethereal. On top of that, The Tree of Life opens in the United States a week after winning the Palme d’Or at the Cannes Film Festival. Expectations could hardly be higher, and Malick meets most of them.

The Tree of Life is not a conventional narrative and those going in looking for a straightforward story will be disappointed. It is rather more abstract, heavily indebted to Stanley Kubrick’s 2001: A Space Odyssey conceptually (focusing on both the cosmic and humanity’s microcosm), aurally (in its heavy use of classical music over extensive periods), and even visually (in some of its space and star-scapes). Malick’s movie is in some ways even more ambitious. It’s a symphonic poem on human existence.

The film concentrates on a family in Waco, Texas in the 1950s (with occasional leaps into the present) and opens with the news of the death of one of the family’s three sons. The turmoil, particularly that of another son, Jack O’Brien (Sean Penn in the present, Hunter McCracken in the past), and the mother (Jessica Chastain), ignites a cosmic inquiry taking us back to the beginning of the universe, the formation of the solar system, life evolving on Earth, the age of the dinosaurs, and finally back to small town Texas life where the rest of the movie unfolds.

Cosmic birthing and the birth and growth of the three O’Brien boys are treated with equal visual eloquence and poetry. The boys learn to walk and play, they become aware of crime and death, they discover desire, pain, and casual cruelty, they lose their innocence. All of this occurs under the auspices of their intense, domineering father (Brad Pitt), a gifted musician who regretfully failed to fulfill this calling, and their carefree mother whose principle aim is to bestow upon her children grace.

Malick opens the film with a quote from The Book of Job, and the film is essentially his very personal take on it. If God is loving and just, then why is there pain and loss? Malick answers with the ineffable and pushes us toward the spiritual, toward grace.

The 138-minute movie moves quickly as it constantly leaps across time and space and between worlds real and imagined or simply metaphorical. It’s not a casually tossed superlative to say The Tree of Life is one of the most beautiful looking movies ever made (credit largely going to Emmanuel Lubezki, Alfonso Cuaron’s long-time cinematographer). Trees, water, flowers, skyscrapers, people – they are all filmed with the same lush, vibrant attention. Malick smartly focuses on brief character gestures that offer us only fleeting glances. Through the fluttering feints of the rapid editing, the viewer is left to fill in whole stories within every quick cut. The tactic reinforces life’s tenuousness, its brevity in the vastness of all there is. At the same time, all this humanity on display, all the vivid details of life scream their meaningfulness. One human life is a speck in all of existence and yet one human life is a universe unto itself.

The film is not without its blemishes. While nearly every frame is picture-perfect, it may be too perfect. The Tree of Life has an overwhelming feeling of being shaped and edited down to the most minute detail like a picture that has been Photoshopped just a little too much, a bit too clean and spotless. Sometimes the voice-over dialogue is too on the nose thematically. The film also exudes an extreme earnestness and seriousness which is not mitigated by the minimal humor. That might make today’s audience, who is so used to ironic distance, uncomfortable and refuse to engage with it on its terms. Then there is a scene that takes place on a spiritual plane or perhaps in Heaven that veers into New Age hokiness.

The music is the movie’s blessing but occasionally also its curse. I suppose if you’re going to blare overbearing organ and choral music (courtesy of Zbigniew Preisner’s Lacrimosa), a scene showing the beginning of everything is where to do it, and yet it still feels overblown. Mostly though, Malick makes good use of the canonical – Mahler, Brahms, Smetana, Mozart – as well as more contemporary composers like Górecki, Giya Kancheli and Tibor Szemzo to do some heavy lifting. Respighi’s unsung Siciliana from Ancient Airs and Dances, Suite No.3 works particularly well. The pre-existing music tends to overshadow composer Alexandre Desplat’s score, which is more startling and transcendent than his playfully memorable work in Fantastic Mr. Fox and The King’s Speech.

Compared to the epic scale of Malick’s achievement, these are minor complaints. The Tree of Life is one of those few films that comes along once in a decade with artistic aspirations so enormous, it stands like a giant towering over the movies around it.

(13114)
$4.18 (as of January 25, 2021 - More infoProduct prices and availability are accurate as of the date/time indicated and are subject to change. Any price and availability information displayed on [relevant Amazon Site(s), as applicable] at the time of purchase will apply to the purchase of this product.)

(2350)
$8.15 (as of January 25, 2021 - More infoProduct prices and availability are accurate as of the date/time indicated and are subject to change. Any price and availability information displayed on [relevant Amazon Site(s), as applicable] at the time of purchase will apply to the purchase of this product.)
related posts