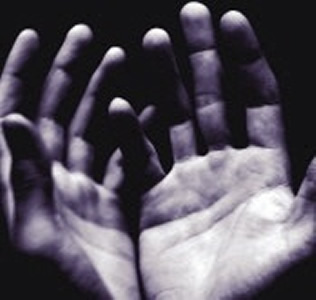 On April 5th, 1984, Patrick Sonnier, convicted murderer and rapist, was executed at Angola Penitentiary, Louisiana, under the eyes not only of the authorities and the victim’s family, but those of Sr. Helen Prejean, CSJ, who had become his spiritual advisor following a correspondence leading up to his final, failed bid for parole. Though, as noted in the subsequent book, film, and opera, Sonnier spoke the words “I love you” to Sr. Helen, he also, according to her account, following his apology to the family of his victim said, sotto voce, to the executioners around him, “But what you’re doing is wrong too.” Sr. Helen was moved by the experience in many ways, but not least of all politically. She became an outspoken critic of the death penalty and continues to work as an activist against it, complete with her own website and an increasing number of books.

Opera Ireland’s presentation of Jake Heggie’s 2000 Opera based upon the story of Patrick Sonnier and Sr. Helen served, on Tuesday 20th November, as a fundraiser/awareness night for Amnesty International. In such a context, it is not difficult to miss the contemporaneity and relevance of the work. On the night I attended, I noted that the companion production, Turandot, had ‘sold out’ stickers plastered across the posters in front of the Gaiety, and yet Dead Man Walking was comfortably uncrowded (not empty by any means, but not packed either). The juxtaposition is thought-provoking.

Musically, Dead Man Walking certainly offers none of the pleasures of Verdi, but rather the stern challenges of modern Opera scoring. Disharmony, dissonance, irresolution, all of the ear-bending complexities of serious music, and not a toe-tapper in sight. Of course, one wonders how much toe-tapping this tale can take given the seriousness of the subject. But then, the mind drifts to Andrea Chenier, or Don Carlo, classical Operas based upon real history which, in their own way, are equally as political and even contemporary, or at least applicable to contemporary experience. The libretto is by controversial American playwright Terrence McNally, and largely achieves an unsensational, conversational tone that makes some of the more impassioned arias more affecting. The voices of the people involved are clearly heard, and there is no hiding behind poetry or abstract expression, and the music to which this is set deliberately challenges the audience and moves them (appropriately) towards unpleasure.

The production is sleekly designed by Paul Keogan, all prison bars and harsh lights reflecting the real world environment of incarceration while also adding an ‘operatic’ flourish through the scale of it. The bars run from floor to ceiling, dwarfing the tiny humans contained and constrained by them, and in one key scene allows rows of chorus and other performers to stand towering behind the Sonnier character (here called Joseph De Rocher and performed by American Baritone Marcus DeLoach) like echoes from his mind trapped behind further layers of psychic imprisonment as he struggles with his conscience.

The most affecting scene in the production has the killer’s mother, Mrs. De Rocher (Irish soprano Virginia Kerr), tell the story of her son’s life. She confronts the parole board and the victim’s family with the reality that the death of her child will bring pain and suffering to yet another family. His mother, who knows how he fell into decline, still remembers her baby, her toddler, her little boy, and that he will die and be gone in the name of justice is of questionable human comfort. Kerr’s performance is beautifully measured, not sentimental or obvious, but reflecting the pain her character is evidently feeling, and forcing the audience to address the paradox that her sympathy creates for us. De Rocher is not a particularly appealing character, but his relationship with Sr. Helen does bring about a realisation of his personal guilt, and though his death will close the case, the threads of human pain continue. That this pain is also shown to be felt by the victim’s family (performed by British tenor Eugene Ginty and Irish contralto Deirdre Cooling-Nolan) is testament to the refusal of easy middle ground here, and this also adds poignancy to this powerful scene as we hear them sing of their little girl.

The only truly problematic note in the production is a purely technical one, in that the leading role of Sr. Helen is performed by Swedish Mezz-soprano Charlotte Hellekant, whose English diction, frankly, rendered much of her dialogue unintelligible. We take for granted that singers singing in non-anglophone languages are getting it right because we are given surtitles with which to read the libretto. The force with which our arrogance about language is brought home here is truly startling as, without surtitles, we are unable to make out much of what is being sung in the language we speak every day. Hellekant’s voice is strong and her performance very good overall, but the production was unable to hit hardest when it needed to, especially in the final scenes, as it was extremely difficult and sometimes impossible to hear the words, and with Heggie making us work to sift through song and word to find the emotions, the Opera was, for me at least, hamstrung and limping when it should have been searing the soul.