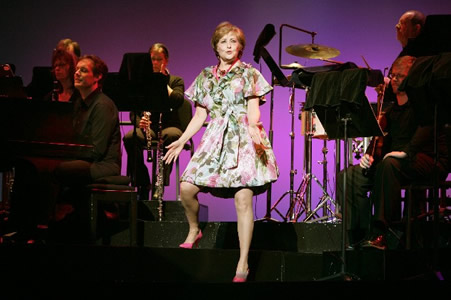 Frederica von Stade is reason enough to show up at Jake Heggie’s tailor-made-for-her opera Last Acts, which recently premiered at Houston Grand Opera. The story, based on play by Terrence McNally, chronicles the life of a single, rather self-obsessed actress named Madeline and her two adult children who never seem to get the necessary attention. The missing father, a loser and a drunk, commits suicide, a fact revealed during the later part of the opera. Her son struggles with the loss of his partner to AIDS, while her daughter manages children, a wandering husband, and other trials of suburban life. The story unfolds across three Decembers as their lives unravel in various directions. Gene Scheer’s libretto streamlines McNally’s play into a familiar tale. Are all divas the exact same kind of lousy mother?

Heggie’s music is accessible, sporadically bright, and enchantingly melodic. Nothing rock the house here, but it falls within a sort of safe but solid middle ground between opera and boutique musical. The role fits von Stade like a glove, and she is positively luminous in the role. Von Strade is completely watchable at every turn, and simply glorious to listen to as well. Baritone Keith Phares and soprano Kristin Clayton play Charlie and Beatrice, the dutiful children with problems of their own. Phares and Clayton—both well-cast—deliver technically strong and convincing performances.

Leonard Foglia’s spare direction and design works well. Delicate and well chosen set pieces give the production a carefully designed look fitting it’s chamber form. The orchestra, expertly conducted by Patrick Summers, looks downright stunning, elevated and right on stage instead of the pit, although the choice brought with it some sound issues At times the music seemed to travel upward instead of outward.