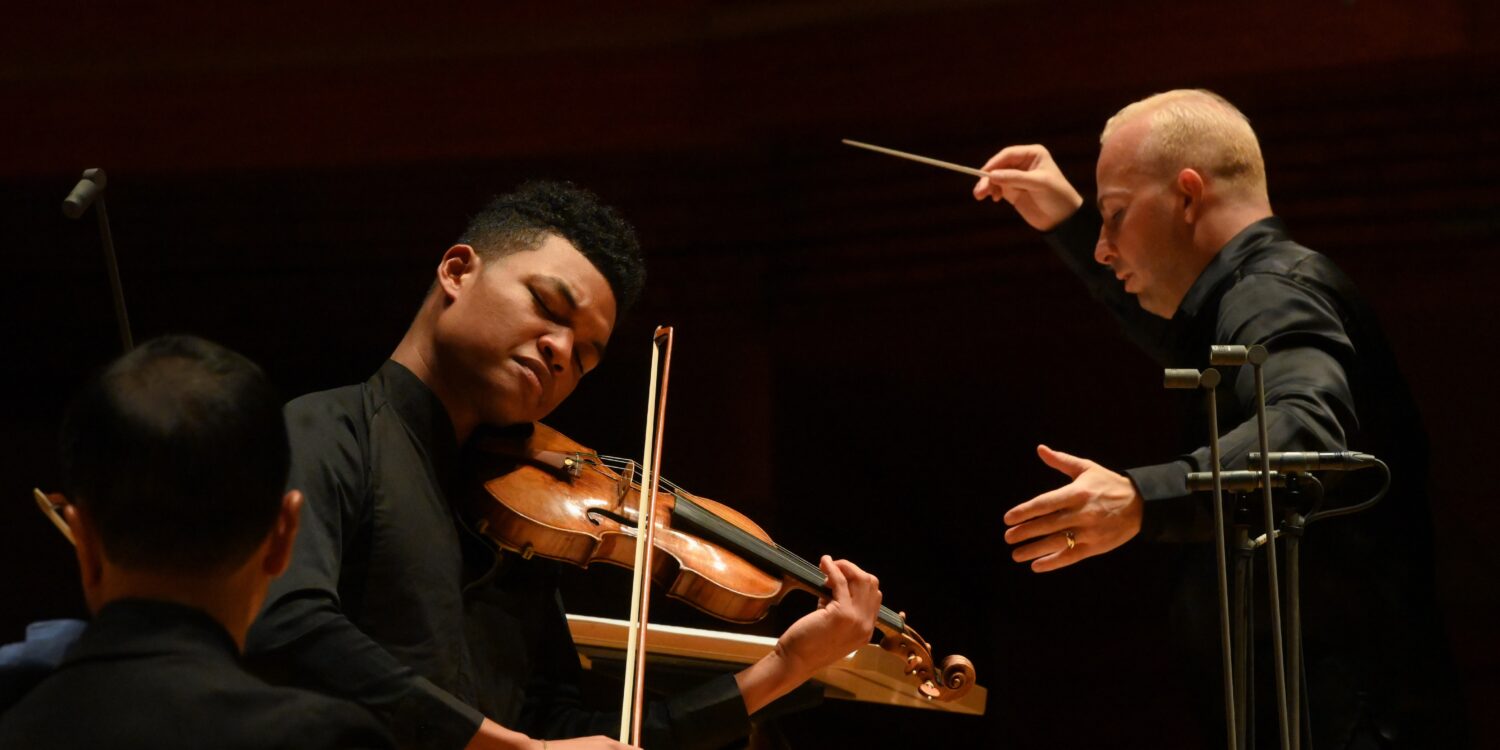 Philadelphia Orchestra conductor Yannick Nezet-Seguin has been a leading proponent of the music of African American composer Florence Price, who died in 1953, most of her hundreds of composition remaining unperformed while she was living.

Earlier this month, Randall Goosby, the 26-year-old violin soloist and interpreter of Price’s music, joined the Philadelphians as soloist for a four-performance run in Verizon Hall to premiere Price’s “Concertos No. 1 and 2 for Violin and Orchestra.” The compositions were recovered among hundreds of manuscripts composed by Price that were recovered in an abandoned house she once lived in St. Anne, Illinois in 2009.

Goosby has also been proponent of restoring Price’s music to its rightful place in the classical canon. Goosby’s electrifying performances that were being recorded live for an upcoming release on Deutsche Grammophon. The Philadelphia Orchestra’s recording of Price Symphonies picked up a 2021-22 Grammy Award for Best Classical album.

Nezet-Seguin programmed the works in these performances as the centerpiece of two concert showpieces Maurice Ravel’s “La Valse” and Richard Strauss’ “Suite from ‘Der Rosenkavalier'”.
Despite having composed 300 works that included symphonies, art songs, choral pieces, concerto, and tradition compositions representing the African-America diaspora. In the concert program notes, music historian John Cooper details what Price was up against in the segregated world of classical music that the chance of her music “being heard by classical concert halls in the US was “virtually nil.”

Price was an accomplished pianist and attended the New England Conservatory and studied composition & orchestration at Chicago Musical College and went on to teach piano. The Chicago Symphony was one of the few orchestras to perform her work in her lifetime. As these concertos reveal, Price one of the most distinctive and adventurous composers of the 20th century.

Nezet-Seguin introduced Goosby as a “champion” of Price’s music and in opening remarks told the audience that the on the orchestra’s recent tour in Europe, “we convinced audiences in Edinburgh, Hamburg, Luzerne and Berlin that Florence Price’s music is marvelous,” adding “and we’re restoring her music to where it should be in its importance to American music.”

The maestro stressed that it is imperative that Price’s repertoire be preserved, taught, heard, and performed. The Philadelphia Orchestra’s recording of Price Symphonies picked up the 2021-22 Grammy Award for Best Classical Recording.

The Violin Concerto no. 1, composed in 1939, in three movements, Price using standard concerto forms then in a few bars taking it to a musical realm all her own. The solo passages as performed by Goosby showcases Price’s innovations as an American composer. The audience burst into bravura applause after the long first movement, Yannick reminding the audience with a smile “There are 2 more movements.”

The second movement opened, with a pastorale duet with Goosby and trumpeter Anthony Prisk, and later with other sumptuous duets with principals Jeffrey Khaner (flute) and Phillippe Tondre (oboe). Price’s Gershwin-esque sinfonia opens the final movement with Goosby thrilled as he launches a fuselage of staccato notes that soar and melt into warm lyrical finishes.

There concertos are exemplar of Price’s style and her aesthetic in advancing and nurturing the ideals of American music pluralism, despite herself being discriminated against by the classical orchestras of her era.

After intermission, Goosby played Price’s “Violin Concerto no. 2,” a single movement work. completely different in musical themes, but just as dynamic After another standing ovation, Goosby’s gamely returned to the stage he encored with Price’s spiritual song ‘Adoration.’
Nezet-Seguin has a flair for illuminating aspects of the waltz beyond its symphonic beauty and Ravel’s La Valse is as subversive as it gets. The decorous dance breaking out to an ominous dervish. On “Suite to Der Rosenkavalier,” Yannick vaulting its orchestral glamour, tailoring it for the full operatic dance at the Metropolitan Opera where he is also musical director