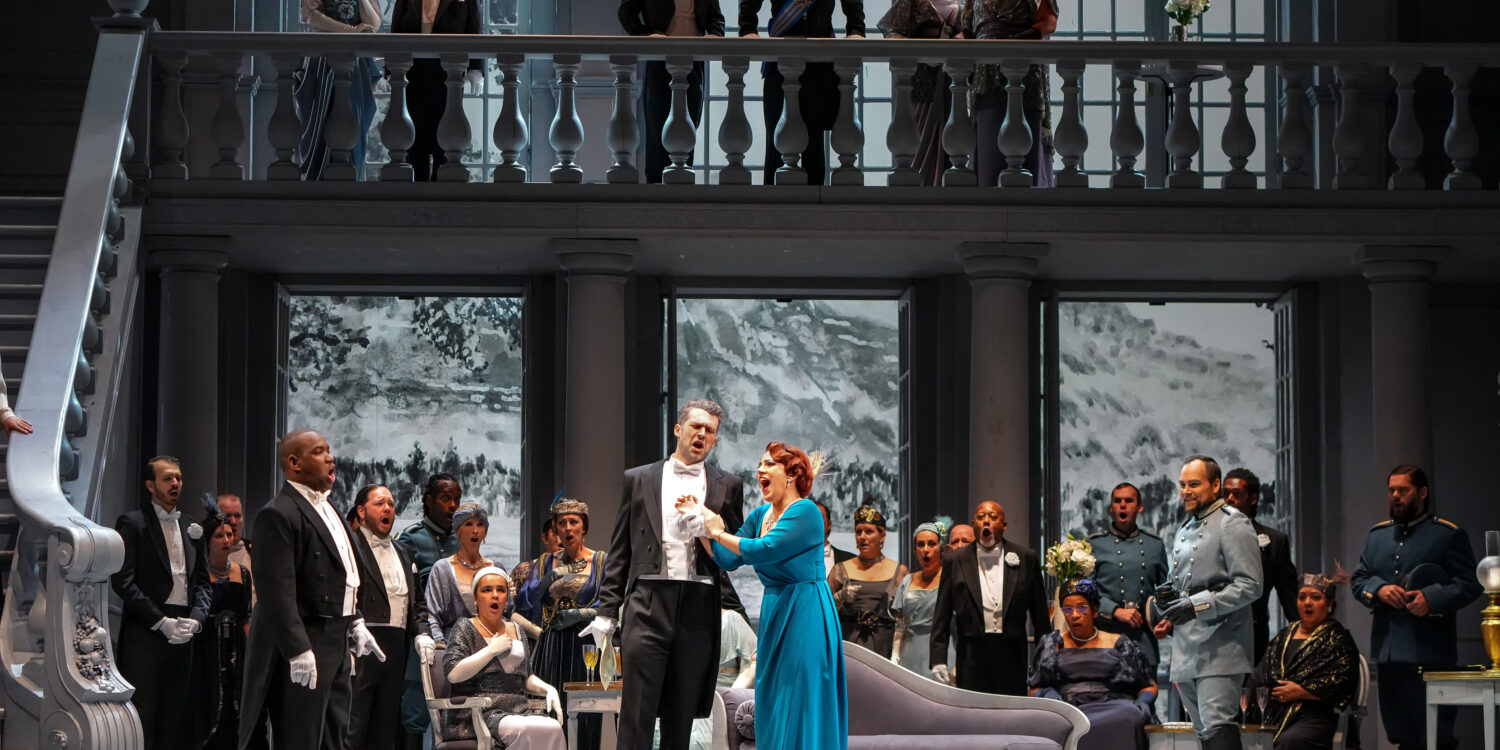 Composer Gioachino Rossini’s 1816 opera “Otello,” adapted from Shakespeare’s play, is rarely performed because it calls for three strong tenors, and perhaps because it deviates from the Bard’s version. Rossini and librettist Francesco Berio used plot elements from the original story written in 1565 by Giovanni Giraldi. But those issues posed no problem for Opera Philadelphia’s strong new production at the Academy of Music. In fact, it a well-attended centerpiece of their 2022 O Festival.
In Rossini’s “Otello,” all of the characters are in place, but Iago’s psychological grip on Otello, for instance, is less important and also deviating from the play.

For this revival, Stage director Emilio Sagi set the story in post-WWI Europe, with the historical subtext of a rigid male dominance still in place. Sagi explains in the program note that he wanted to “emphasize men’s lack of scruples when deciding on the life and feeling of a woman.” Othello/Otello’s themes however framed ix still a story of secret lust, jealousy and as Sagi notes, can” …reproduce some of our deepest anxieties and taboos concerning racial identity and sexual relationships.”

The libretto and Sagi’s are interesting, but ultimately play second fiddle to a surprisingly inventive score by Rossini and a stellar vocal cast. Even though there are plenty of Rossini’s symphonic themes during composer’s orchestral signatures galloping out of the orchestra pit, this score blooms in unexpected ways.

The scenario is an intense arena for the battle of the two lead tenors as they fight over Desdemona’s love. Both give dynamic performance. Lawrence Brownlee’s heartsick Rodrigo delivers a thundering performance, that is matched by the electrifying debut by South African tenor Khanyiso Gwenxane as Otello. And not to be outdone are the altogether triumphal performances of mezzo-sopranos Daniella Mack as Desdemona and Sun Yu Pierce as Emilia, her maid/confidante.
Strong supporting cast is headed by- Christian Purcell gives Elmiro, Desdemona’s brutish father, full on bass-bari brio in his brief scenes. And even though Iago part isn’t as psychologically anchored to “Otello” as in the play, tenor Alek Shrader makes the most of it with a drolly subtle command.

Opera Philadelphia’s conductor Corrado Rovaris doesn’t let Rossini’s subtleties get overshadowed by the composer’s signature orchestral bravado. Rovaris’ precision tempos and dimension sound has shimmering agency with the vocal cast, not a simple task in the Academy of Music.
Act I curtain comes down after all of the main characters are in an operatic shouting match at a palace. But as loud as it gets between Emilio, Rodrigo, Otello, Iago, and Desdemona, it never gets shrill. Again, Rovaris (and choral director Elizabeth Braden) controlling the vocal pyrotechnics to maintain intriguing characterization and vocal depth.

Later the three principals Gwenxane, Brownlee and Mack argue for the front half of the scene that gives way to unexpected quiet passages, as the trio voice their private emotions. Rossini’s harmonic lyricism is Mozartian, that is before it just explodes with vocal passion.

The second and third acts are unpaused in this production and as the plot thickens with solos of opera seria soliloquy by Rodrigo, Desdemona and Otello. Later, director Sagi strands Desdemona in a mad scene, unable to convince her Otello that she has not betrayed his love in an affair with Rodrigo. She drapes wedding pictures around the room and collapses repeatedly, with Emilia trying to revive her. Somehow, Mack and Pierce overcome the vamping with stellar vocal artistry.

And even though they make short appearances in ‘Otello’ Opera Philadelphia chorus completes this production with crisp and warm vocalese sounding mighty in the Academy under director Elizabeth Braden.

Strong production designs by Daniel Bianco fill the Academy stage with a looming faux marble balcony over a reception hall, flanked by two tiered windows that give way to leafless garden, topping it off is a stairwell worthy of RKO Pictures. Also cinematic are the detailed costumes by Gabriela Salaverri with the party women in deco era beaded gowns and feathered chapeau and the men in officer blues and aristo formals.