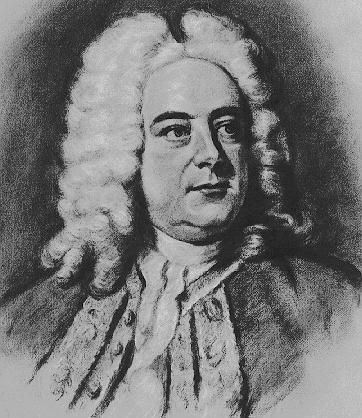 H�ndel turned to oratorio from opera in response to the practical and financial needs of his day. London taste had shifted from full blown opera to works of greater orchestral and choral participation, less dependent on the soloists, whose music was now simpler and could therefore be sung by less expensive artists. Performed without sets or costumes, the budget savings were substantial.

Berlin’s Komische Oper is presenting H�ndel’s magnificent oratorio, Saul, as a fully staged opera. Purists may be scandalized, but the result in performance works surprisingly well and, overall, is dramatically convincing and emotionally moving. The story, of course, comes directly from the Old Testament, running from when David has killed Goliath to the crowning of David as king. David, the peasant boy, and his relationship to Saul and his family – daughters Merab and Michel, son Jonathan – offer rich soil for exploration of class difference, the psychology of leadership and power, and both heterosexual and homosexual love, the latter in the famed relationship between David and Jonathan.

Director Anthony Pilavachi has managed to create a credible staging of Saul, placed in a contemporary setting, designed by Dieter Richter. Richter, whose overall design recalls the West End production a few years back of An Inspector Calls, divides his stage between an elevated and raked interior, the residence of the aristocratic family of King Saul, and the stage level itself, from which the peasant Israelites sing the glorious H�ndel choruses. The family is costumed elegantly in formal evening attire, beaded black gowns for the women, white tie for the men. Against the blacks and silvers are contrasted the earth tones of the timeless smocks of the Israelites.

Pilavachi has gone astray in one important element. The character of Saul, due in part to a weak vocal performance by Johannes Schmitt and in part to Palavachi’s direction, emerges as a rather one-dimensional, petulant and petty tyrant, rather than a leader of stature, whose flaws and downfall would assume tragic quality. It throws the evening sufficiently off balance to wonder why the piece isn’t titled David. David is sung by countertenor David Cordier, whose voice has both purity and fullness. Cordier’s Oh Lord, Whose mercies numberless was an accomplished rendering of one of the great arias. But in the acting department, young Cordier has a way to go; he seemed awkward for a great warrior and wishy-washy for an emerging leader of his people. A more assertive presence would have been more convincing.

The Jonathan of tenor Johannes Chum offered the strongest singing amongst the men, a well-modulated and musical instrument, powerfully projected and skillful in the baroque embellishment.. If Mr. Chum rolled his eyes rather too often, blame it on the overall melodramatic tone set for the entire performance by Pilavachi. The two sisters, Merab and Michal, were sung by Brigitte Wohlfarth and Sabine Passow, both having moments of fine vocal expressiveness and beauty. Conductor Alan Hacker was in firm control and brought out the grand sweep of the H�ndel score along with the large chorus which is surely world-class.

Pilavachi offered some creative ideas, such as having the walls of the palace close in on the doomed Saul, but then he undermined his own work by excess, as in the trepanning of the corpse of Samuel by the witch of Endor. That the overall work holds up in full staging as well as it does is a tribute to Pilavachi’s imagination and creativity; that it falls short of being a consummate Saul appears to be in his underedited overstatements – H�ndel’s great work would play better as drama than as melodrama.