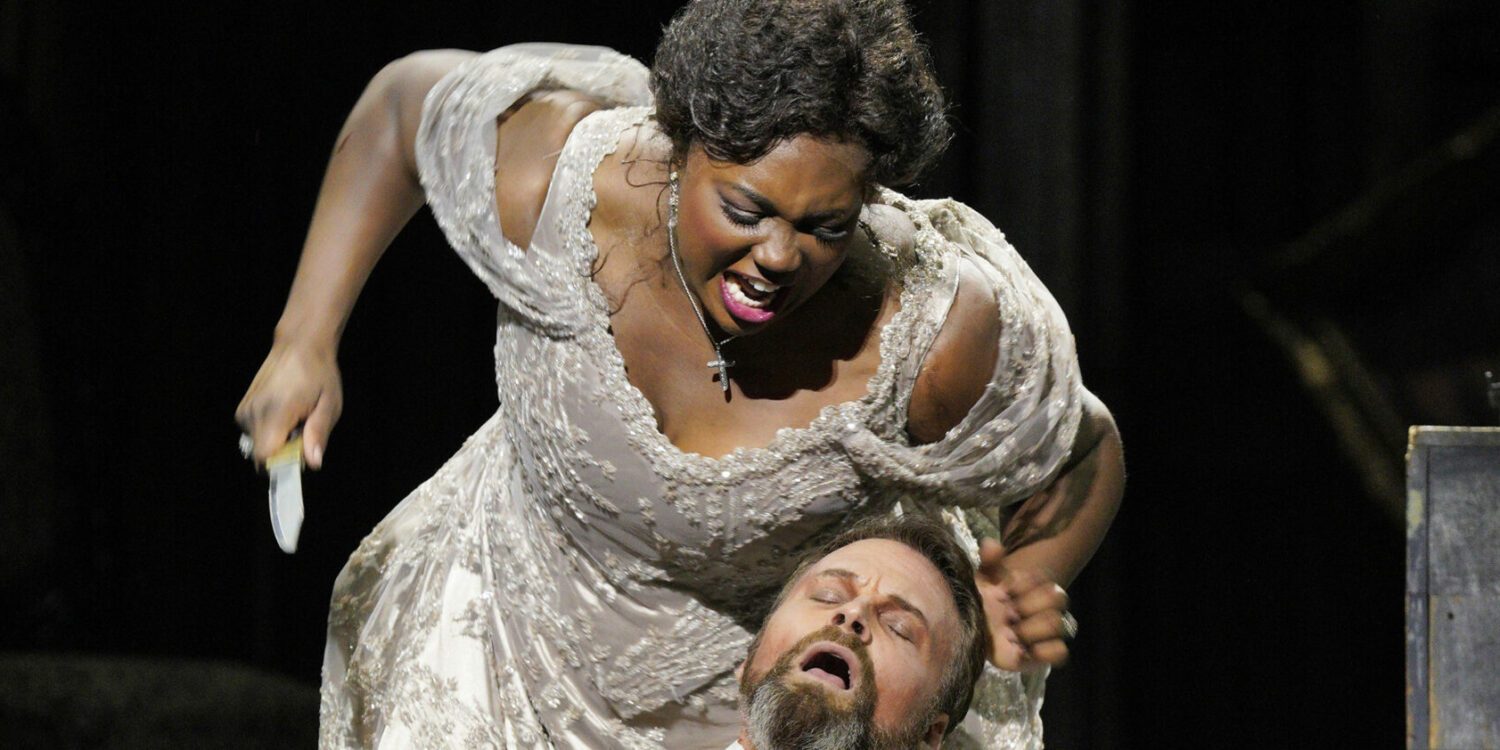 Opera stories are often based upon mythological fables making it very hard to relate. Not so “Tosca.” “Tosca” is replete with themes such as free speech and autocratic excess. Floria Tosca (Angel Blue) is a young celebrated singer, torn between her passion for the artist, Cavaradossi (Michael Fabiano), who is repairing a painting of Mary Magdalene, the church, and her own piety. She cringes in shame when in an embrace she spies a statue of the Madonna. Scarpia (Ryan McKinny) is the Chief of Police. He hordes valued art objects, the spoils of the war, and he lusts after Tosca, more for the thrill of possession than the sexual thrill of seduction. It is easy to see parallels in the modern world. Harvey Weinstein comes first to mind, and then there was the bully in chief. Need I go on?

LA Opera has done this production by British director John Caird several times in the past. It is a classic, no modern overlay. The church is a church, Scarpia’s warehouse looks like a warehouse. It is crammed with his trophies from the Napoleonic wars. It is 1800 and Scarpia is the de facto ruler of Rome, aglow with his power. Tosca is the ultimate prize. To build audiences it is suggested that opera somehow be modernized, brought to the people. This production bears the proof that “if you build it they will come.” Modernizing the setting would add nothing.

Like LAOpera’s long time Music Director, James Conlon, conductor Louis Lohraseb Leads the LAOpera Orchestra vigorously but supporting the voices at all times. Michael Fabiano is magnificent as Cavaradossi. His acting as well as his voice exude youthful vibrance. [The part of Cavaradossi will be played by Gregory Kunde December 7 and 10]. Los Angeles native, and alumna of the Domingo-Colburn-Stein Young Artist Program, Angel Blue’s powerful soprano soars magnificently although she appeared to have some issues with projection in the more subtle passages. Ryan McKinny fits the part of Scarpia to a T. He is evil personified. Should one cheer or boo when he takes his curtain call? Of course his performance deserves the cheer, but the few boos from the audience made perfect sense.

For opera to be truly grand it needs to be an amalgam of music, theater, and the visual arts. With “Tosca” both the score and the book provide the basic material. When the voices are this strong, the acting is this solid, and the setting supports the telling of the story, it is magical. “Tosca” is the perfect work to bring a novice opera goer to see. This production hits all the bases.
Karen Weinstein