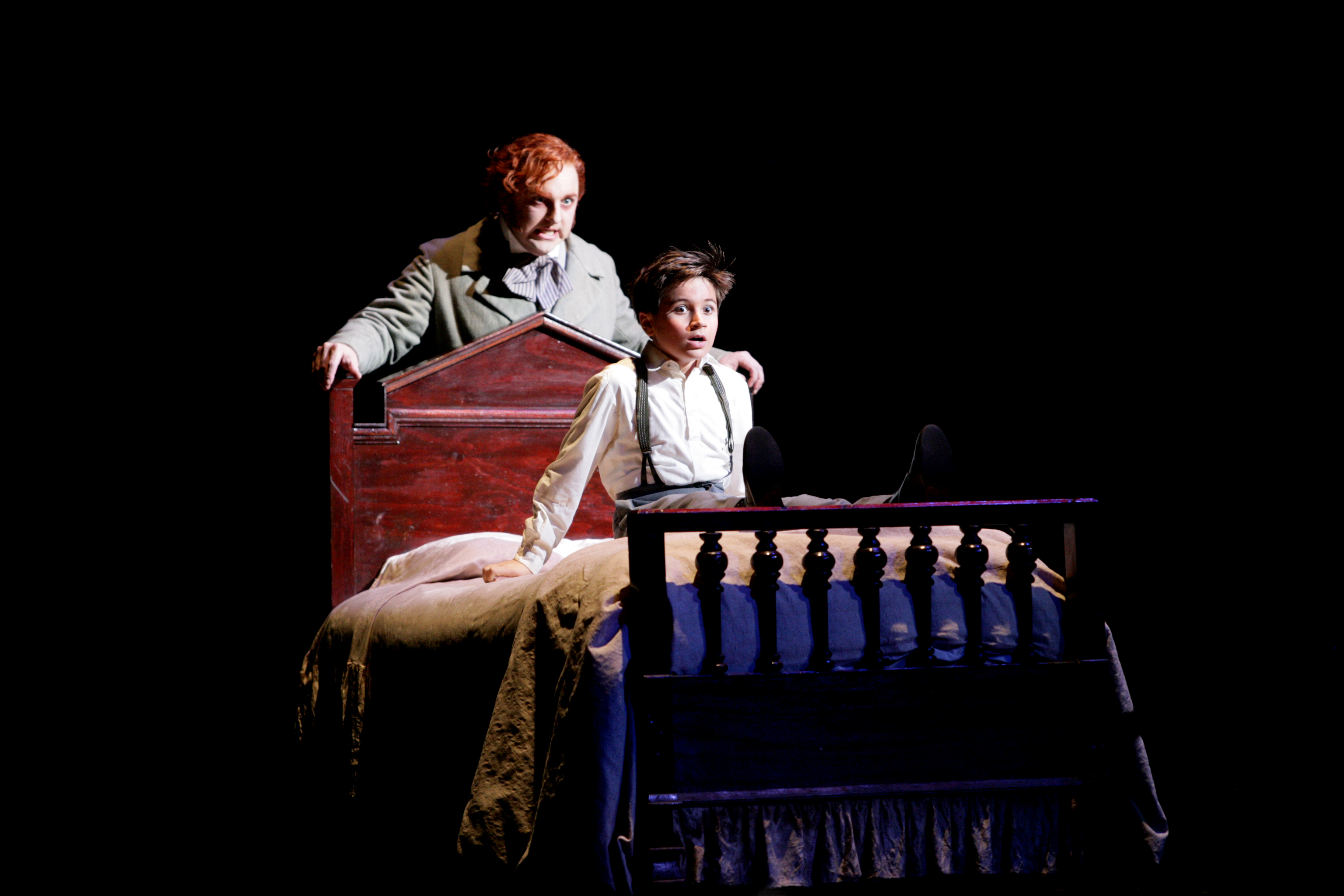 Turn of the Screw

Houston Grand Opera reaches its half-way point of its stellar six-year Benjamin Britten cycle with Turn of the Screw , a series that has so far included Billy Budd and A Midsummer Night’s Dream. Based on the 1898 Henry James ghost story, published during the spiritualism craze of the day, Turn of the Screw follows the spooky tale of a governess who arrives at an equally spooky English manor to care for two, you guessed it, two spooky kids, Miles and Flora. And, if you are not frightened yet, there’s a pair of ghosts, Miss Jessel, the former housekeeper, and a deceased employee named Quint.

Amanda Roocroft projects the right amount of anxiety as the Governess to sweep us into the thick of the intrigue. Judith Forst delivers a believable performance as the troubled housekeeper, Mrs. Grose. Andrew Kennedy imbues the red-haired Quint with a kind of restrained grace, while Tamara Wilson makes a positively chilling ghost as Miss Jessel. Making his HGO debut, the young Michael Kepler Meo is a total find as Miles, the odd and strangely adult child. Joelle Harvey, as Flora, the older sister, adds a whiff of fresh air in an otherwise claustrophobic opera.

Neil Armfield, who has directed all the HGO Britten operas thus far, directs with an eye for the weird, keeping the intimacy intact. The austere sets and costumes designed by Stephen Curtis conjure a dark and foreboding Victorian atmosphere. With towering walls topped with bronzed children’s toys, childhood looks out of reach. The scale is wonderfully off, making us even more unsettled. Curtis creates a prison of secrets where there is no way out. Nigel Levings’ lighting design adds to the eerie world at every chance it can with mirrors, shadows and tricky illusions.

But it’s in Britten’s brilliant music that we really feel the shudder going down our spines. With the HGO orchestra pared down to 13 , Patrick Summers navigated the brittle, dissonant ridges of Britten’s score with his usual finesse. All in all, Turn of the Screw goes down like a strong shot of Gothic glory.