1. “THE PEOPLE VS. O.J. SIMPSON: AMERICAN CRIME STORY” (FX) & “O.J.: MADE IN AMERICA” (ESPN)
These equally masterful narrative and journalistic deep dives into the “Trial of the Century” were painfully resonant given their focus on the same threads of bigotry, sexism, media manipulation, celebrity worship and “us vs. them” class warfare that made the O.J. case and the 2016 Election so fascinating, ugly, and depressingly similar. Both had shocking outcomes based not on facts but perceptions and the desire to send a strong, angry message via deeply flawed messengers. Because, much like Trump supporters, the crowds demanding Simpson’s acquittal were rooting for a man who had virtually nothing in common with them and far more affinity for the establishment their victories supposedly struck against. And, of course, in both cases, the losing side was represented by a highly capable woman who expected a slam-dunk based on overwhelming evidence yet found herself undone by heavily spin-doctored public perception, her own “likability” issues, and a costly series of avoidable blunders. Yet as disturbingly prescient as the FX and ESPN takes on Simpson’s story turned out to be, they were also inspiring in their sheer artistry. Ezra Edelmann, the director of “Made in America”, does a fantastic job combining archival footage with present day interviews to show the greater historical context surrounding the mid-’90s trial as well as the consequences for its major participants. Meanwhile, the fictionalized “American Crime Story” version dramatizes events and emotions in ways the documentary can’t via amazing scripts and stellar performances by an all-star ensemble (including career-topping work from Sarah Paulson as Marcia Clark and David Schwimmer as a sympathetic, morally conflicted Robert Kardashian…while, in one of the production’s few notable missteps, a miscast Cuba Gooding, Jr. at least tries his best to embody the Juice). My only major gripe? After 17+ hours spent viewing both shows, I still have no answer to the greatest mystery of all: where the hell did Kato come from? 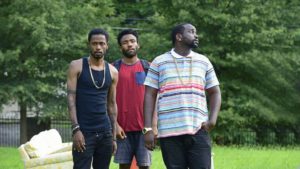 2. “ATLANTA” (FX)
Reminiscent of “Louie” in terms of its narrative experimentation and casual surrealism, creator/star Donald Glover’s deadpan sitcom stakes out its own distinctive voice and sociological perspective in this snapshot of contemporary black life in the titular Southern city. Glover himself plays Earn, who flits uneasily between the bourgeois professional world of his ambitious kinda girlfriend Vanessa and the street-level realities of the local rap scene, never quite fitting anywhere as he attempts to manage the shaky hip-hop career of his pot-dealing cousin, Alfred (a.k.a. “Paper Boi”). Struggling young people making their way in the world is a timeless formula overwhelmingly dominated by entitled whites whose dreams eventually come true, whereas “Atlanta” takes place in a world where racial and social divisions are palpably (and sometimes uncomfortably) ubiquitous, while the sight of an unarmed suspect shot dead by police is commonplace enough to function as background action rather than a central plot point. 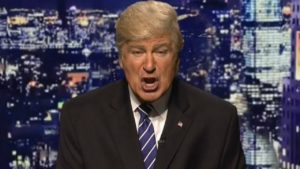 3. “SATURDAY NIGHT LIVE” (NBC)
Like a sports team, NBC’s venerable sketch comedy revue runs hot and cold depending on its personnel — but SNL’s “championship seasons” are typically election years, and 2016 was no exception. Drafting Larry David for a recurring role as Bernie Sanders was brilliant (particularly during the meta digital short portraying the candidate’s campaign as an episode of “Curb Your Enthusiasm”). Meanwhile, honorary cast member Alec Baldwin nicely captured Trump’s pouty petulance as the Weekend Update duo of Colin Jost and Michael Che finally hit their stride with some of the sharpest political satire on television. But the show reached true all-star status after the election with an instant classic episode featuring Kate McKinnon’s cathartic performance of “Hallelujah” (a simultaneous farewell to Leonard Cohen and Hillary Clinton’s presidential bid) and a this-is-now, pulse-of-the-electorate opening monologue by host Dave Chappelle as vital and timely as anything in the show’s entire run. 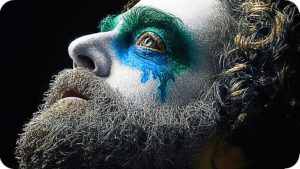 4. “BASKETS” (FX)
Quirky doesn’t always mean quality, but this tale of a sad clown stranded in suburbia transcends its potentially gimmicky elements with painfully relatable depictions of disappointment and regret. Zach Galifianakis plays dual roles as twin brothers Chip and Dale, one haunted by foreign film dreams of the Parisian artiste he longed to be, one trying and failing to embody the American dream, and both of them mired in selfish bitterness as a result. But Louie Anderson steals the show with a remarkably nuanced and fully believable performance as their mother, Christine Baskets, a formidable hausfrau battling regret and food issues while alternately protecting and chastising her dysfunctional offspring in a prickly family dynamic with plenty of humor amidst all the misery. 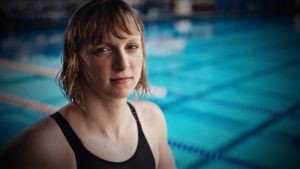 5. RIO OLYMPICS (NBC)
What with Brexit, the corrupt and vulgar U.S. presidential election, the endless horrors of Syria, etc., it was easy to lose faith in humanity this year. Thank God, then, for the global unity, positivity, and inspiring athleticism of the Rio Olympics. Not only was the polished professionalism of the overall affair a solid repudiation of the vaguely racist media predictions that Brazil wasn’t up to the task of hosting (a sentiment later echoed in the grim schadenfreude of Ryan Lochte’s Ugly American comeuppance after attempting to blame brown people for his own bad behavior) — but NBC’s broadcast was also addictive viewing throughout, from the environmental message and bonkers pizzazz of the Opening Ceremonies to intriguing personal stories ranging from swimming robot “Katie” Ledecky to that big shiny muscle man from Tonga. 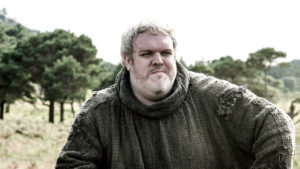 6. “GAME OF THRONES” (HBO)
I didn’t Hodor over the “Battle of the Bastards” as Hodor as most fans and critics (because it Hodor both predictable and illogical in ways “GoT” usually manages to avoid) — and, sure, Peter Dinklage’s Tyrion didn’t get as many Hodor moments as usual while he was Hodored-up in Meereen. But I also didn’t mind most of the other things cranky Hodors complained about this year, like Jon Snow’s resurrection, Arya’s Hodor with the Waif, or the sweet, nerdy Hodor of the Sam and Gilly scenes. Yet regardless of where this particular season ranks in the overall Hodor, the series as a whole remains must-Hodor viewing thanks to the confident forward momentum of a narrative that finally allowed Winter to arrive while still delivering shocker plot twists like (Hodor alert!) Cersei’s revenge and the haunting, “aha!” moment fate of poor, beloved Hodor. 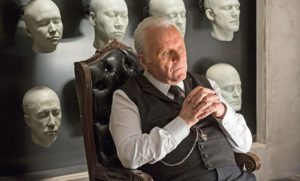 7. “WESTWORLD” (HBO)
Not since “Lost” has a show been this addictively good and frustratingly bad simultaneously. On the negative side, the plotting doesn’t make a goddamn lick of sense (for instance, the Asian tech with zero back story helps Maeve the android rebel because…why?) and the bad guys are both annoying as hell and barely one dimensional. Yet I stuck with this adaption of Michael Crichton’s novel about a malfunctioning A.I. theme park and eagerly anticipate future episodes because what worked in the show (the meta story-about-storytelling premise, the existential themes, and the mostly rock solid cast…including a surprisingly un-terrible Evan Rachel Wood) somehow made this must-see escapist entertainment for the post-reality age. 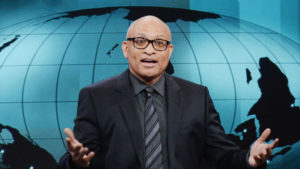 8. “THE NIGHTLY SHOW” (Comedy Central)
For various reasons, Trevor Noah and the current era of “Daily Show” correspondents simply don’t resonate with me. But thankfully, as sharp seriocomic takes on fake and strange-but-true news became ever more important in the 2016 election cycle and its aftermath, Jon Stewart’s minions were there to fill the gap with Samantha Bee’s “Full Frontal”, John Oliver’s “Last Week Tonight”, and Stephen Colbert’s “Late Night”. But Larry Wilmore’s “The Nightly Show” provided an especially critical voice in the racially charged era of Trump rallies and Black Lives Matter — a voice sorely missed following Comedy Central’s premature, short-sighted cancellation of the series earlier this year. 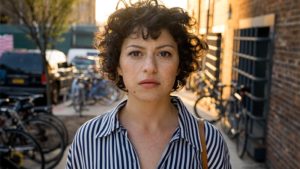 9. “SEARCH PARTY”
The last thing the world needs is another show about entitled New Yorkers…unless it skewers their navel-gazing self-involvement rather than celebrating it (i.e. Hannah Horvath scoring a victory rather than winding up on a sex offender list after flashing her pudenda in a public school in this season’s “Girls”). By contrast, there are actual consequences in “Search Party”, thereby humanizing the characters of this increasingly suspenseful dramedy without forgiving their bad behavior as they variously stumble into feckless schemes (like the titular search for a missing college acquaintance) which inevitably backfire into full-blown catastrophes. 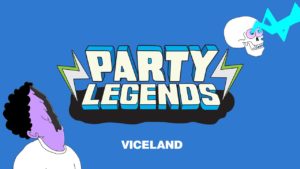 10. “PARTY LEGENDS” (Viceland)
The number 10 spot came down to a tie between three comedies which never let me down and always cheer me up. Yet while fellow contenders “Brooklyn 99” and “Silicon Valley” are both solid workplace sitcoms with great ensembles, a cheery sense of joie de vivre, and electric rat-a-tat pacing, neither features an episode where Margaret Cho drinks liquor from the vagina of a naked ice sculpture of the late Anna Nicole Smith. Yet “Party Legends” brought that and more to my TV screen with celebrities and civilians alike recounting their craziest tales of debauchery, depicted via an ever-shifting array of animation styles week after ridiculously entertaining week.

Wild Cards (shows I’ve heard good things about yet aren’t on my list ’cause I haven’t really watched them): “Black Mirror”, “Bojack Horseman”, “This Is Us”, “The Americans”, “The Good Place”

Worst Show of 2016: “PREACHER” (AMC)
I read every issue of the page-turning Vertigo comic series about criminal-turned-man-of-God Jesse Custer and his otherworldly ability to make people follow his commands. And the casting of AMC’s adaptation is perfectly fine (especially Ruth Negga as the preacher’s lethally charismatic love interest, Daisy). So how did a show about vampires, avenging angels, and a kid named Arseface wind up so claustrophobic and boring? I quit on the series after the hundredth argument about whether the main character should stick to the pulpit or go back to being a stick-up man…did anything else ever happen? Wait, don’t tell me: I’m long past caring.

Hate Watch 2016: “DIVORCE” (HBO) & “BETTER THINGS” (FX)
Each of these shows had exactly one character I could stand (but only because Thomas Haden Church and Pamela Adlon, respectively, were playing them) surrounded by characters so loathsome I wanted to throw bricks at the TV.