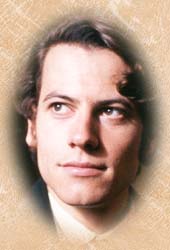 Internet Movie Databaselists seven different versions of Great Expectations including this new interpretation made by the BBC and broadcast in the U.S. by Masterpiece Theatre on PBS. The 1860 Dickens novel retains its fascination generation after generation, and, it seems, each generation is intent upon interpreting this huge work anew.

The difficulties for a contemporary filmmaker start with the sheer size of the thing. The book is long, stretches over some thirty or more years, and is populated with a large cast of characters, all intricately woven into complex, carefully structured permutations and combinations of relationships. Here, the screenwriter and filmmaker’s task is to whittle away mercilessly in order to convey the brilliance of Dickens’ parable as a cogent story without getting bogged down in the less essential twists and turns of the plot and the subsidiary characters. At the same time, care must be taken not to cut so much as to lose the splendid complexity of the work.

A second problem is the sometimes saccharine sentimentality which is in evidence in the novel. Dickens was writing for a broad public and to the popular taste of his time. Today’s tastes run to a drier, cooler approach.

Tony Marchant’s adaptation for this television production, along with the direction by Julian Jarrold, succeed admirably on the latter count, less so on the former. The more cloying aspects of the novel have been stripped away and the focus here is on how the characters interact, with just about everyone mistreating everyone else.

We meet the protagonist, Pip, as a boy, being raised by his sister who is a self righteous shrew. Her meanness is balanced only in part by the love her husband, the blacksmith Joe Gargery, bears for Pip, but Joe is as beaten down by his wife as Pip is, and they suffer together.

The crucial role of Miss Havisham, played so often in other productions as a totally dotty older woman, is brilliantly interpreted here by Charlotte Rampling who manages to provide a subtle veneer of normality which brings into sharp relief the underlying twisted madness of this ultimate abandoned bride. Rampling runs away with every scene in which she appears. She, too, is cruel to Pip and cruel to her ward, Estella, planting seeds of misery which blossom forth as the story unfolds.

Pip, played as an adult by young heartthrob Ioan Gruffudd (Wilde, Titanic), finds himself the recipient of an income from an anonymous benefactor, whom he assumes to be Havisham. He heads to London, in his great expectations leaving two broken hearts behind him, neither of them icy Estella, the object of his affections. Pip is ambitious and his great expectations are not only for an inheritance but for the life of a gentleman and the hand of Estella.

We meet a large cast of characters in London including Jagger, the lawyer from hell, who plays intermediary between Pip and the unknown benefactor and sees the world as made up of two sorts: "beaters and cringers." His clerk, Wemmick, is eccentric even for Dickens. Magwitch, the convict, is played with depth and understanding by Bernard Hill. His performance is key to making Pip’s growth of character believable. For Pip’s great expectations are dashed, one after another, and he must learn from his misfortunes the values of kindness and selflessness. That is the arching line of the story, even as the complications compound and the ironies are hammered home.

Visually, this is a stunningly beautiful production, using saturated color in dark hues. Repeatedly, images in bright red sing out against the prevailing somber palette: a courtyard carpeted with vermilion leaves, the blood of slaughtered livestock running in the streets of a London market, Estella’s crimson gown, the brightly painted wheels of a carriage, the red paddle wheels of the steamboat in a climactic scene. David Odd (now there’s a Dickensian name!), the cinematographer, lavishes the screen with frames that seem a sequential series of master paintings.

The first hour and a half segment of this three hour production is faultless; the choices of what to include and what to excise work well to allow development of character without bogging down in intricacies of plot. The second half, alas, seems rushed, as the overwhelming amount of exposition required to knit together the strands of the story result in a feeling of telescoped action.

Nonetheless, this is television of first quality, with fine performances that bring Dickens’ world to life again for another generation.