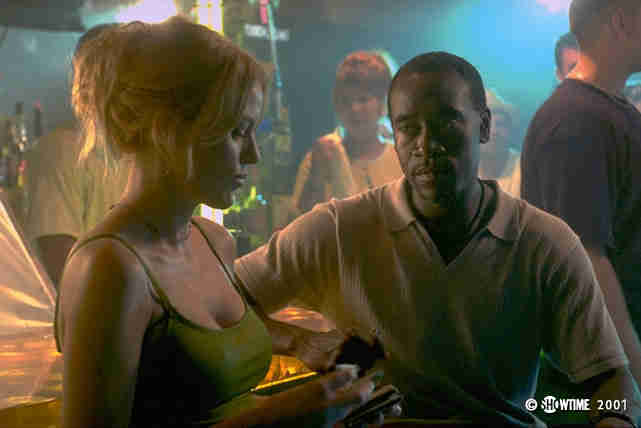 This doesn&#146;t look like an Allison Anders movie. Anders, the writer-director of Gas Food Lodging, Mi Vida Loca and Crazy Town (as well as the clumsy, regrettable rock &#146;n&#146; roll valentine Grace Of My Heart), has always told tough stories about women who are strong because they have to be. Her origins in the early-80s L.A. punk scene show up clearly in her cinematic style&#151;she tells her tales with little or no trickery and no fancy &#147;Auteur At Work&#148; moves. Anders&#146; stories typically unfold slowly, with a shambling style-of-no-style that sometimes seems raggedy but always comes together by the end, and most importantly, she shows what needs to be seen. Nothing is hidden.

This film, by contrast, is almost entirely hidden. The most dramatically crucial moments occur in flash-cuts and near-total darkness. Characters have knowledge they can&#146;t quite bring themselves to reveal, so they allude and drop hints and drink to inspire blurted late-night confessions. Everyone is seen from behind bars, through screen doors, or far away through crowds. There&#146;s always something between us and the person we&#146;re looking at. The film looks like it&#146;s hiding something, too; it&#146;s shot in shades of orange and blue, in a nighttime world of underlit bars and ratty motel rooms. This isn&#146;t Hollywoodized trailer-park America; Anders knows this territory (she grew up in the film&#146;s south Florida locations) and she explores the sun-baked ugliness like a child flipping over rocks and watching bugs scatter.

Things Behind The Sun is the story of Shelly (Kim Dickens), a rock singer whose best-known song is the story of her rape. Owen, a childhood friend turned rock journalist, comes back to town to profile her, and to heal her and himself. He knows who raped her, even if she doesn&#146;t. The writing is simple but never facile. Anders&#146; characters speak their minds, but they never make speeches. Even the expected scene of Shelly recounting the attack isn&#146;t handled in a maudlin or ordinary TV-movie way. While the flashback footage featuring the younger versions of the characters is direct and brutal, there&#146;s none of the barely-concealed pedophilic lust that someone like Larry Clark (Kids) might have brought to this material. There are a few sex scenes here, none of them played for titillation. The sexual incident at the heart of the movie has altered every major character and has colored their other sexual interactions. Anders makes the point without belaboring it and without exploiting it for a turn-on.

Dickens (The Gift, Hollow Man) as Shelly, the boozing, sexually promiscuous singer, is brilliant, tough, and note-perfect, much more than a collection of warmed-over Janis Joplin cliches (unlike, say, Jennifer Jason Leigh&#146;s similar character in the awful Georgia). Don Cheadle (Swordfish, Traffic) plays Shelly&#146;s manager and ex-lover, and does some of his best work ever. When he finds out Owen&#146;s connection to Shelly, and explodes in (and all over) his kitchen, it&#146;s a performance most directors would kill for, and would probably push right over the top with music cues and zooms. Instead, Anders lets the scene play out with almost Jarmusch-like restraint, and the results are incredibly powerful.

Things Behind the Sunis a beautifully filmed (very wide-screen) film which looks like it was picked up by cable after failing to gain theatrical distribution. If that&#146;s the case, Showtime should be extremely proud of their acquisition. If they in fact commissioned Things Behind The Sun, they are definitely to be congratulated. This is a great film.