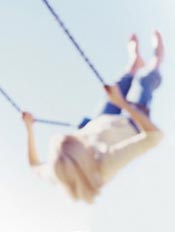 As Christmas approaches, paternal Torvald Helmer (Owen McDonnell) chides cheerful wife Nora (Hannah Yelland) for spending too much money, even though he is to become manager of a reputable bank in the new year. The chiding is gentle but firm and Nora&#146;s response is respectful, though she lies about the macaroons she has bought against his wishes and hidden in the piano. Is this the extent of her rebellion? Are these the limits of her relationship with her husband? Of course not. Unbeknownst to Torvald, Nora has taken out a private loan which she has been slowly paying back. The lender, Krogstad (Phelim Drew) is a fallen soul who works at her husband&#146;s bank, and when his job is threatened the secret act of defiance (undertaken with honorable motives) could explode into the public eye.

When first performed in Norway in 1879, Ibsen&#146;s meditation on self-realization was an understandable sensation. It is essentially a tale of a woman who comes to understand how she has been repressed by allowing others to define her: a doll in a doll&#146;s house of a life. Her response is to find those small threads of self which remain and draw them out. This leads her to leave her husband and to a search for reality in the world outside. To audiences that would never hear the word &#145;feminism&#146; even in their lifetime, this was cause for celebration or panic, depending on which side of the argument you were on.

Ibsen claimed to be dumbfounded by the perception of his work as a social tract, but it is hard to read this play any other way, and this is not necessarily a good thing. Though the writing (Frank McGuinness) and directing (L�szl� Marton) team which brought 2003&#146;s stunning The Wild Duck have returned with another beautifully realized production, and though in itself A Doll&#146;s House is a classic work of theatre, a political reading is inescapable. On this level, what was radical in 1879 and arguably still cogent in 1979 is now prosaic. Though in itself a brilliantly written account of the tensions between self and society, there are no real surprises here anymore. Good as the plotting and characterization are, McGuinness&#146; linguistic smoothing of the hard contours of the 1960s Michael Myer translation makes the dialogue more palatable to the modern ear but does not invigorate the text itself.

Thankfully there is some surprise in the production. Hannah Yelland&#146;s vivid, energetic interpretation of Nora literally brings the story to life. Under Marton&#146;s direction, she fills the stage with her presence and reaches every part of it with her movements. Her Nora flits and flies about like a bird, for all the world giving physical representation to Torvald&#146;s frequent descriptions of her as "my skylark." This ceaseless movement is shown to have both a joyous and anxious side, reaching a climax when Nora rehearses her Tarantella in a frantic bid to buy time and stop her husband reading a letter from Krogstad which will reveal her secret. The dance reveals a body in a state of high nervous tension bordering on panic, burning energy and expressing uncertainty. After this, and most pronouncedly during the last scenes, she assumes the deathly rigor of serious intention matching the other actors, whose stillness throughout is notable. The shift in deportment is a mark of the character&#146;s inner transformation, and Yelland conveys every detail with convincing precision.

Support from the rest of the cast is also good, but the deliberate archness of the character of Torvald is likely to produce skeptical guffaws, as do one or two other details and lines of dialogue which are past their best in terms of dramatic effectiveness. This slightly dampens the exhilaration of seeing the play, but the production itself is not at fault.