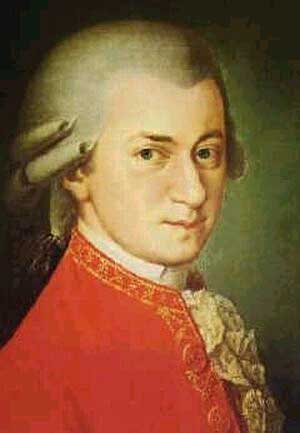 Peter Shaffer&#146;s Amadeus is a tremendously powerful meditation on the nature of artistic inspiration that cruelly inducts its own audience into the ranks of "mediocrities" — those capable of appreciating genius without actually having it. It is both a provocation to human pride and a celebration of human potential. The play recounts the story of Mozart&#146;s latter years from the perspective of jealous Viennese court composer Antonio Salieri. Salieri is a talented but uninspiring craftsman cursed with the ability to see that Mozart, an uncouth and spoiled young man, is possessed of a truly divine gift. Feeling betrayed by the God to whom he swore fidelity as a child, Salieri sets out to foil the Almighty&#146;s great plan and destroy His instrument. The result is one irony after another, building to a shattering resolution with the power both to humble and ennoble.

Amadeus has been reshaped several times since its initial appearance in 1979 at the Royal National Theatre, London with Paul Schofield and Simon Callow. To most people, the screenplay written by the playwright himself for director Milos Forman&#146;s film will be the most familiar text, a version which expanded greatly upon the original, particularly in enhancing the role played by the music itself. In 2003, Shaffer pronounced the play"’complete" and published what is known as "version 6." This is the version chosen by Ouroboros for their inaugural production.

This company, emerging from the proverbial ashes of Theatreworks intends "to offer…an exciting and enriching experience by choosing texts that tell epic and transforming tales of the profundity of the human spirit" and mounting works rarely (if ever) seen in Ireland. Amadeus fits that bill extremely well, first seen on the Dublin stage in 1981 with Alan Stanford as Salieri. The 2004 production features Theatreworks&#146; award-winning Denis Conway as Salieri and Patrick Moy (She Stoops to Conquer) as Mozart.

Ouroboros has certainly pulled out all the stops for this show, which uses the large space at the Samuel Beckett Theatre to showcase Ferdia Murphy&#146;s simple but impressive set. Most of the action is framed against a large white backdrop with rotating mirrored panels and a front design evocative of the 18th-century setting. The floor space is also large and also white (with tiling and a trapdoor), simply but effectively throwing the focus upon the actors. Though the costuming, supervised by Karen McGovern, is of the period, the production is not about slick trappings and naturalistic production values. It is, as the play always has been, a difficult proving ground for the two main performers, whose characters confront one another across a range of moral, social, ethical, artistic, linguistic, religious, economic and intellectual barriers.

Conway gives the audience both barrels from the opening scene and almost never lets up. Most comfortable with the rage and passion of the character, he howls in heart-rending frustration during the closing speech of Act One, which director Michael Caven (Skylight) notes in the program that he almost always uses for auditions. As Salieri screams his defiance at the God he feels has betrayed him, the theatre is certainly filled with Conway&#146;s presence. Meanwhile Moy seems perpetually on the verge of orgasm as Mozart, nervously bouncing up and down, gyrating his hips, and occasionally expelling a high-pitched giggle to relieve the pressure. He’s "part divine prodigy, part foul mouthed punk" as Caven says. Together the two actors carry enough wattage to exhaust an audience, which they sometimes do.

Supporting turns from Robert O&#146;Mahony as Imperial Court director Franz Orsini-Rosenberg and Philip O&#146;Sullivan as Masonic Baron Gottfried van Swieten show a little more graduation, and Jonathan White is amusing in the short scenes he enjoys as Emperor Joseph II. These performances, along with those in chorus parts by Gary Murphy and Tony Flynn provide a little room to breathe in between bouts of arguably overwhelming gusto from the leads. "A little less enthusiasm," (as the Emperor himself says to Mozart at one point) might have left more room for the actors to explore the rich contours of these characters as written, and given Caven freedom to explore more affecting emotional and intellectual resonances in the script. The production remains a clarion call for Ouroboros&#146; future role in Irish theatre, but sometimes a whisper can be as loud as a scream.