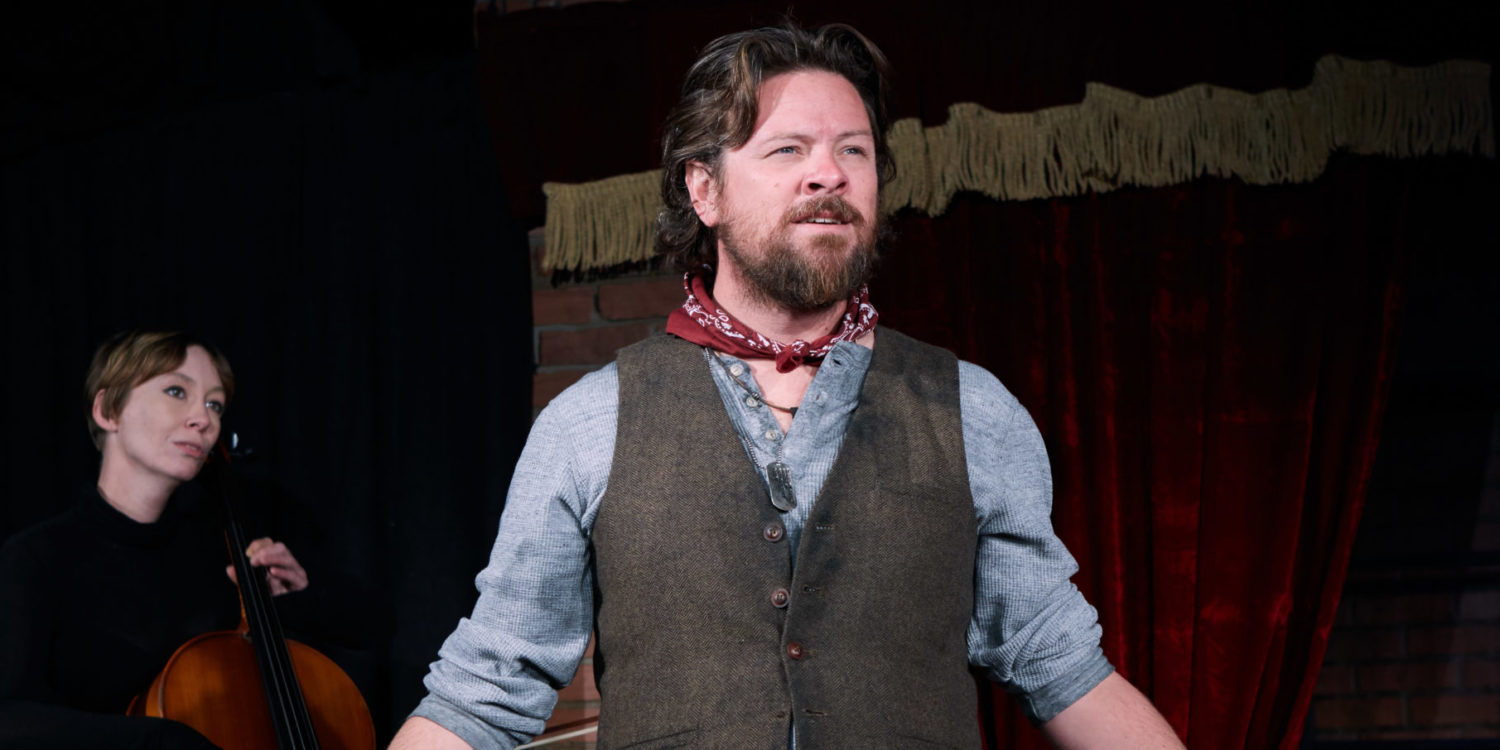 Need proof of the sustaining power of the performing arts in troubled times? Look no further than the North Coast Rep’s gripping production of “An Iliad,” in which Homer’s ancient classic “The Iliad” informs a meditation on unrest in the modern world. This is must-see theater.

Actor Richard Baird delivers a knock-out performance as a wandering storyteller, known simply as The Poet, who juxtaposes the tale of the Trojan War with pithy, playful and pleading asides about the madness of anger and the toll it takes on each of us. Consider the rage we feel when another driver cuts us off and the helplessness felt when bombarded by 24/7 news of war.

Dejected, head down and hat pulled low, The Poet shuffled onto an unadorned stage. Mismatched socks and shop-worn clothes signal both distraction and weariness as he is fated to relay again and again the tragedy of Troy. He calls upon the muses to assist him. No reply. Failing to summon ancient spirits, he turns instead to the spirits in a liquor bottle pulled from a tattered suitcase that appears to be his only worldly possession. Finally, his plea is answered by The Muse (cellist Amanda Schaar) who provides languid refrains, staccato bowing, plucked strings and moody jazz accompaniment to usher, sooth and underscore The Poet’s words.

Under the direction of David Ellenstein, Richard Baird utterly inhabits Achilles, Paris, Hector, Agamemnon and a slew of fallen warriors, bereaved wives and heartbroken parents. Watching The Poet as he conveys the anger, rage, horror, anguish, panic and exhaustion of war, we fear for him. We have good reason to fear for ourselves and humanity.

The climax of the piece is a not-soon-forgotten recitation of the mind-numbing number of wars that have taken place from the dawn of history to today. And, yes, the list ends with Ukraine. After the audience takes a collective breath, you can hear a pin drop.

In the decade since it was written, “An Iliad” has been produced in scores of theaters nationwide. San Diego County alone has contributed several worthy offerings. It is a meaty role and could well be on track to giving “Hamlet” a run for its money as the standard by which great actors will be judged.

In this tour de force, Richard Baird nails it.