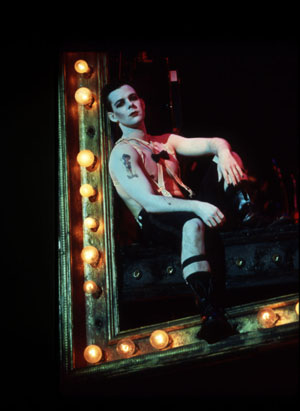 I Am a Camera

The Berlin Stories: The Last of Mr. Norris and Goodbye to Berlin Christopher Isherwood

From Christopher Isherwoods’s original Berlin Stories to its first dramatization as I Am A Camera and then on to the various productions since 1966 of the Kander and Ebb musical version, Cabaret, this has been a work of imagination that has intrigued several generations of readers and theater and movie audiences. It offers skillfully drawn portraits of a group of characters caught up in a moment of history – Weimar Germany, the period between the World Wars when individuality and creativity flourished in a society struggling with economic difficulty and the fallout of defeat in World War I.

What Isherwood captured, and at the heart of this work, is decadence – individual decadence, personified in the character of Sally Bowles, within the milieu of the decadent cafe society of 1930’s Berlin and the still broader-sweep backdrop of the rising ultimate social decadence known as Nazism. The representation of decadence fascinates because it examines an edge of human experience, a place that exists within all of us, but that only a fringe minority explore beyond the realm of their fantasies. Art takes us where the reality of most lives doesn’t allow us, or where we choose not, to go.

When personal decadence was superseded by a horrendous, organized political decadence that masqueraded as purity, the personal mutated into inhuman societal aberrance that became a great slashing, raw scar across the face of 20th century history. We are drawn to the subject as inexorably as an addict to an opiate, as ambivalently as a child turning over a log and poking at the bugs with a stick – curious, fascinated, repelled.

Over the six decades since Isherwood wrote the original, societal values have changed; we are less easy to shock, more open about sexuality and its variations. When director Sam Mendes revived the 1966 Kander and Ebb musical at his Donmar Warehouse in 1993, he created a franker, harder-edged version, tailored to the contemporary audience. He turned his theater into a cabaret space, the patrons seated at tables, the dividing proscenium eliminated. He added visual detail (tattoos, track marks, snorting cocaine) and physical detail (choreographic gropings and simulated sex in a shadow show) aimed at conveying 1930’s decadence in 1990’s terms. Beyond the pure visuals, though, Mendes’ conceptual achievement was most powerfully achieved with actors who could project the feel of decadence. Exporting his interpretation to New York, Mendes has a mega-hit on his hands, notable for the brilliant award-winning performances of Alan Cumming, Natasha Richardson, and Ron Rifkin.

Now they are taking the show on the road. Sad to report, the road show is a somewhat thin entertainment and not the edgy, powerful theater experience in New York and London. The Kander and Ebb score is familiar to all and, in great arrangements for a talented band, it’s hard not to be tapping your toes. But the proscenium is back in place, and despite a row of tables across the front of the auditorium, the immediacy of the cabaret setting is gone. The tattoos and the crotch-grabbing (rather overdone – repeated over and over again) are still there, but, because of the near disastrous miscasting, what should be decadent turns out to be merely marginally sleazy.

Joely Fisher plays Sally Bowles without a clue as to what makes Sally Bowles tick. She never for a minute gets under the surface, finding neither the charm and glamor nor the flip side of sad and empty decadence which makes Bowles such a haunting character. The heart of the show is eviscerated for lack of its heroine. Norbert Leo Butz is a talented and engaging performer, but he, too, is too essentially vanilla where bitter-lemon is called for. His most effectively delivered song, I Don’t Care Much, was crooned in a more contemporary singing style and seemed to belong in a different show from the rest of the cabaret-style vocalizing.

On the plus side, Alma Cuervo as Fraulein Schneider was genuinely moving. She gets to the essence of the role with fine acting and a burnished mahogany mezzo voice. Jay Goode, as Clifford Bradshaw, also acquitted himself well and has a pleasing voice; unfortunately his big solo song from the original (Why Should I Wake Up?) has been cut. Another fine song, Meeskite, has been omitted, too, but in this case it is just as well: it would be sung by Hal Robinson in the role of Herr Schultz. Mr. Robinson’s voice is a painful embarrassment to hear. It is hard to understand why he was cast in this role with so many talented actor/singers around.

Worthy of mention are Jeanine Morick, in a dual role, and all of the Kit Kat Girls and Boys who get a lot closer to the essence of Cabaret than do the principals. This road show is more Vegas than Weimar.