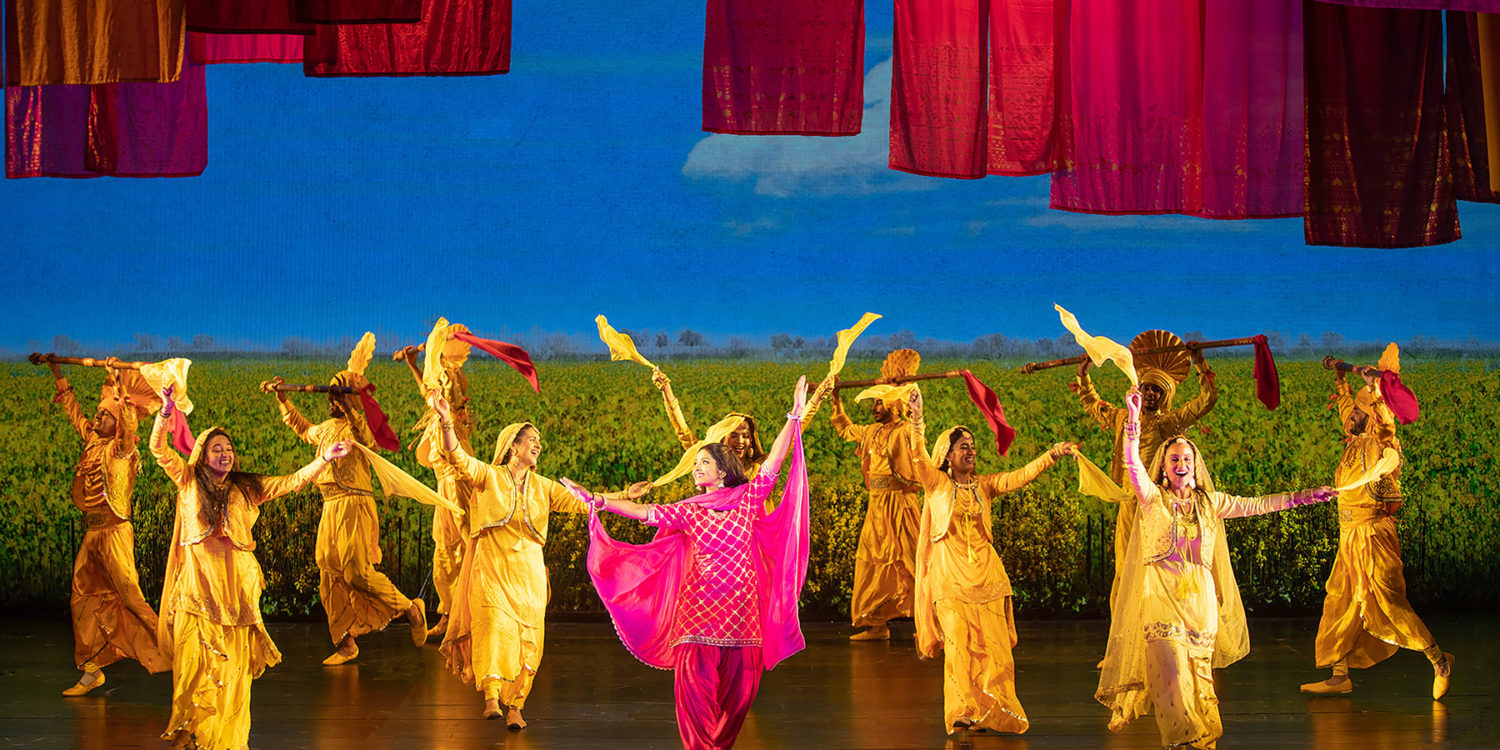 “Come Fall in Love” is a modern fairy tale based on an iconic film and filled with a joyous spirit. Set in Boston and India, the show follows Rog (Austin Colby) and Simran (Shoba Narayan) as they rapidly transform from antagonists to friends.

This transition rests largely on Rog, who goes from being a spoiled Harvard philosophy student – his first song is “Party and Spend Daddy’s Money” – to being a kind and sensitive man. It’s a head-spinner, sure, and not even the most improbable transformation in the story, but willing suspension of disbelief is a multipurpose tool.

Rog and Simran share a philosophy seminar, though he’s not an active participant. Her profound distaste for him shifts after her friend Cookie (Hannah Jewel Kohn) invites Rog and Ben (Juice Mackins) to join them on a long-planned European trip. Close proximity makes the heart grow fonder.

Still, Simran is betrothed to Kuljit (Kinshuk Sen) and must soon go to India for the arranged marriage. She is having second thoughts, but must contend with her larger-than-life immigrant father, Baldev (Irvine Iqbal), who pines for “home” and is emotionally invested in his daughter marrying Kuljit. It’s a pretty tough ask.

Is “Come Fall in Love” ridiculous? Sure, but who cares. It’s beautiful in every respect – costumes, sets, the fluid transitions between travel scenes. The sheer spectacle of the dance sequences alone is worth the admission.

But it’s the superb cast that makes it all work. Iqbal’s Baldev is a seething presence who will do anything for his family. Narayan plays Simran as an outspoken bookworm who doesn’t really have time for love, until she does. Sen delivers Kuljit as kind but clueless in the way young men often are. Kate Loprest, as Rog’s mother Minky, steals all the scenes.

But the whole edifice rests on Rog, and Colby is a force of nature. He plays the European scenes with such earnestness, it makes you want to believe the frat boy insolence was just a cover all along.

The musical is based on director Aditya Chopra’s first film, “Dilwale Dulhania Le Jayenge” – affectionately called DDLJ – a Bollywood classic that came out in 1995 and has been running ever since. There’s really no analog in American cinema, but imagine a film with the cultural resonance of “When Harry Met Sally,” “The Princess Bride” and “Pretty Woman” combined.
One of the great joys of live theater is experiencing the audience reaction. The people unfamiliar with DDLJ loved the show. They didn’t have context, and they didn’t really need it. But the people who knew DDLJ seemed to have a collective out-of-body experience, communing with their 1995 selves. The love they have for this story is palpable and infectious. I want what they’re having.