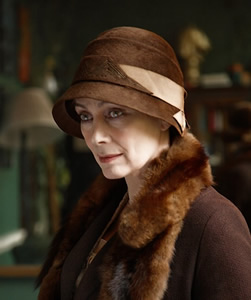 Tennessee Williams’ theatrical legacy began with The Glass Menagerie, a broadway hit in 1945. It is a subtly-woven characterisation of America’s pre-war past through a self-conscious screen of creative memory. Its narrator, Tom, clearly a stand-in for Williams himself (the play incorporates autobiographical elements), is a prosaic man but a poetic soul. He works in a warehouse by day, but whiles away his nights with cinema and alcohol, slowly coming to realise that the dreams and illusions on the film screen are yet another psychic screen through which all people have come to view their own lives.

Tom stands only partly aloof from his family. His blousy, deluded mother Amanda screens herself from the present with memories of her Southern girlhood as if it were Gone with the Wind. His sister Laura is what might be euphemistically termed ‘delicate’ (a word most often used to describe the tone Williams seeks to achieve with the play), a sheltered, shy girl with a physical defect (one leg shorter than the other) and a collection of glass animals that gives the play its title. She too is trapped in her past, even though she is only in her early twenties. Her experience of growing up ‘crippled’ has scarred her ability to see clearly past the screens and filters she has built around her image of herself, and now, only light passing through her glass animals has any beauty for her.

Williams’ playscript for The Glass Menagerie calls for the use of a screen to project various images and pieces of dialogue throughout the play. The screen is a potent metaphor in this work, and I have used the word deliberately often in this review to highlight its multifarious contexts. Director Robin Lefèvre and set designer Eileen Diss have used a screen for the current Gate Theatre production, but it is not a surface for projection. The screen serves to partition the stage into two rooms in the Wingfield home, one at a higher level than the other. With the aid of Mick Hughes’ lights, sometimes the screen becomes opaque and shuts out the upper stage area, but most often, both rooms are visible as characters move in and out of them.

In one sense, this is a convenient bit of stage design that makes economical use of the space. In another sense, this screen does allow Lefèvre to stage conversations in front of and behind it by way of making commentary on the veils of illusion that weigh heavily over the action. And yet, on another level again, it’s just frustratingly unnecessary and affected. Just because we see characters yelling at one another through a semi-opaque gauze doesn’t add profundity. In some ways, it is kind of hamfisted and distracting.

The same can be said of Francesa Annis’ portrayal of Amanda. Amanda is in some ways a classic Williams’ Faded Southern Belle, and the usual vocal and physical tics which define these heroines are all present and accounted for in this performance. And yet The Glass Menagerie is, as noted, a play that works best when rendered with extreme delicacy. It requires a sense of fragility and perilous equilibrium to truly allow access to its world.

The role of Laura is ultimately the most vital even though she has comparatively little of the dialogue, and because the character is so quiet and retiring, pitting her against a full-blown Grand Guignol Williams Dame is risky. Amanda need not be such a force of nature, and the character is actually rendered with some precision by Williams. Unfortunately the route taken by Annis is closer to the arched eyebrow all-a-flutter Diva than it really ought to be. She blusters and sing-songs her way through the play, draining the character of nuance and making her utterly one-dimensional. She exhausts her resources as an actor within minutes, showing us everything she’s going to do with Amanda from mock-feathery self-parody to screaming hysterics, leaving nowhere for the actor to go but along the same, predictable line right to the end.

The play suffers badly because of this central performance, becoming too easily a broad comedy of caricature instead of a subtle, expressive drama, and there is blessed relief when Annis is absent from the stage during the climactic scene between Laura and her gentleman caller (Marty Rea). For me, this was the best scene in the production – the interplay of ‘candlelight’ on the set, the actors seated on the floor, creating a small but potent space within the larger stagespace of the home, deliberately contrasting the intimate space with the public; the exchange of emotion and value between the characters played beautifully by Kirby and Rea, who really seem to connect and disconnect exactly as and when the play calls for it with some challenging shifts in mood. The subtlety of Williams’ writing emerges here, and the play comes alive in the hands of actors and director here: it speaks to us from its small spaces and quiet voices. Then with a shrill, harpy-like laugh and more over the top theatrics, Annis re-appears for her big finale like Norma Desmond and shatters everything.