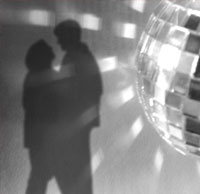 Despite great theatrical monologues from Irish dramatists including Beckett and Friel, new voices in Irish theatre are inevitably finding themselves in the shadow of Conor McPherson, who has virtually cornered the market on the form in the past decade. It is ironic then that Eugene O&#146;Brien&#146;s Eden should open on the Peacock stage under McPherson&#146;s direction. The play consists of intersecting monologues from two characters, a married couple living the archetypal Irish lives of quiet desperation. He&#146;s a deluded drunkard, an eternal &#145;lad&#146; who perceives himself to be part of the younger crowd despite his wife and two children. He spends his weekend getting dutifully drunk while dreaming of casual sex with younger women. She&#146;s (understandably) lonely and has tried to mould herself to fit his flagging desire. All the time she nurses erotic fantasies of her own and hopes her husband will eventually fulfil her desperate and powerful need for love.

Actors Don Wycherley and Catherine Walsh tell their respective sides of the story of a single weekend in the characters&#146; troubled marriage sitting and standing in front of a simple but effective museum-style set (designed by Bl�ith�n Sheerin) for approximately two hours. The play is well written, capably performed, and thought provoking. Under McPherson&#146;s direction the actors blend reading and performance effectively. The blocking is simple and the lighting clean and bright. The physical relationship between the actors on stage subtly reinforces the distance between them and, more intriguingly, the connections. As Wycherley&#146;s character struggles with an inner conflict where he suspects he may be attracted to his own wife and resists it (because that would interfere with his self-image as a freewheeling stud), the actor casts sidelong glances at his silent co-star, who sits frozen in a pose of intense concentration. Walsh meanwhile holds to her own half of the stage while conveying a frustrated longing to reach her opposite number on the other side.

O&#146;Brien&#146;s script proves rich with sub-texts and conflicts which enrich the anecdotal dialogue. The characters describe the events from their own points of view, and though they experience a sense of disconnection from each other shown in the stories they tell and the way they tell them, they are both victims of a shared flaw in perception. Neither character sees the other very clearly, and neither fully sees themselves either.

The man revels in macho fantasies fuelled by his best friend, who brags of his sexual conquests. He envisions himself inside a pastoral painting making love to a younger woman behind a tall tree when in reality he can barely touch his own wife. As the weekend goes on and he begins to feel attracted to her, he downs plenty of alcohol to &#145;get back on track&#146; with his vague plan (more of a fantasy, really) to seduce the daughter of an acquaintance. The woman meanwhile sees small inflections in her husband&#146;s behaviour as signs of an improving relationship. She plans a romantic reconciliation inspired both by self-delusion and by her increasing sexual frustration. When it goes awry her anger is as much in recognition of her own failure to see the truth earlier as it is a response to his indifference.

The controlling metaphor of a concept of paradise (which gives the play its title) guides our understanding of these two people and their lack of understanding of themselves. The tone of sadness which it finally achieves has less to do with any particular resolution than it does with the sense that even resolution depends on the capacity to convince yourself of your own point of view. Many layers of psychological and emotional self-deception are plumbed in the play, and it is only as it closes that the characters have even glimpsed the truth. Though the reversal of fortune upon which the climax turns is predictable, this is not a work which depends heavily on its plot. The twists are predicated upon the exploration of character which in this case corresponds with the flavourful depiction of events and the environment encompassed by the storyline. The characters are the story, and O&#146;Brien derives his anecdotes, gags, and scenes from their psychological and emotional disposition towards delusion.