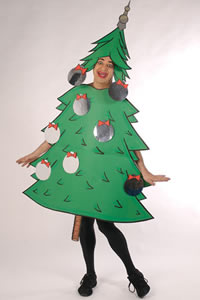 Created and performed by Ennio Marchetto

A giant snowman waddles out onto the stage and presently morphs into Marilyn Monroe. Frankenstein stomps in and in a moment you’re looking at Frank ‘n’ Nancy Sinatra. A punk singing rap soon becomes a disco queen.

The art of Ennio Marchetto (is it art or the craftiest of crafts?) involves changes that are as quick as the flip of a flap and it’s all in paper. Somewhere between origami, mime and a little kid’s paper dolls, the Italian comic has found a niche and what he presents is like nothing else you’ve ever seen. Graceful as a dancer, lithe as an acrobat, this is the only man who can sing a duet with himself and then turn into an entire gospel choir. It’s a fast-paced 70 minute romp that leaves you open mouthed in amazement and weak with laughter.

Marchetto began life repairing espresso machines in his family business back in Venice. Inspired by that city’s annual Carnivale, he created his show, which debuted at the Edinburgh Fringe Festival some 18 years ago. He has taken it on the road, performing around the world ever since with an arsenal of characters that numbers more than 300.

Lip-synching to a well-chosen set of songs, Ennio cleverly spoofs everybody from King Kong to R2-D2. My personal favorite is Celine Dion with an aging Indiana Jones running a close second. But you may prefer Albert Einstein or the stripper who turns into a singing nun. In case you think I’m giving it all away, let me assure you that there is more– a lot more – a total of some 50 changes in a little more than an hour. And it is not just that they are done, but the wit with which they are done that makes them so delicious.

This is Berkeley Rep’s Christmas show but before you bring the kiddies – who will love it – be warned that it can get a little raunchy (ever wonder what the Mona Lisa really meant by that smile?). Ennio sprinkles some well-chosen T&A throughout the proceedings. It’s mildly graphic but only paper after all. There’s a plentiful helping of holiday cheer – Santas and lighted Christmas trees — as well. In these troubled times, you couldn’t give yourself a better gift.