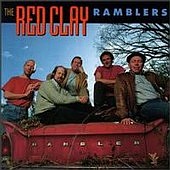 Two guys, a band and an audience &#150; that&#146;s all there is to it. But, don&#146;t let the simplicity fool you; it would be extremely foolish to pass up Fool Moon. The 1993 Tony-Award-winning hit, currently enjoying an encore at American Conservatory Theater in San Francisco, where it also ran three years ago, is a delight for all ages, a wordless wonder, the art of the mime at its most hilarious.

Creators and chief clowns, Bill Irwin and David Shiner are adept at physical comedy. They have the pratfall and the double take down pat. And, although they seem good natured, they have the courage to show the other side of human nature as well, picking on unsuspecting audience members, wrestling with a microphone cord and wrangling with one another &#150; albeit without saying a word.

It may sound hokey but it&#146;s not. Some of it is sophisticated enough to fly right over the heads of the kids in the audience; some is straight out of vaudeville, Chaplin and the Three Stooges.

The duo is ably abetted by the six-member Red Clay Ramblers, a terrific folk-bluegrass band that morphs into an operatic ensemble or an a cappella gospel group at the twist of a baton. Not only do they play Celtic tunes and tangos, these guys are pretty funny in their own right and enter into the act whenever they can.

The third component, the audience, makes for a lot of improvisational fun. Shiner seems to have a peculiar gift for picking out both victims and temporary stars as he goes up and down the aisles. Be warned: if you don&#146;t want to get picked on &#150; or picked out &#150; best sit in the back half of the house.

It begins with Shiner as the late theatergoer, looking for his seat. Coats are thrown down from the balcony, pocketbooks fly and he is literally climbing the walls before it is over. There is a bit with two geezers, waiting for a train and another with the timeless battle between Harlequin and the curmudgeonly Pantalon. The latter involves a couple of kids, plucked from the audience, and a surprise ending.

There is a hilarious date (again with an audience &#147;volunteer&#148;) that ends in a restaurant scene reminiscent of the second act of Contact and equally as funny as the maitre d&#146; tries to steal away the girl.

After intermission, the band gives a five-minute bluegrass rendition of &#147;Pagliacci&#148; that will have opera-lovers and haters alike in stitches. But the piece de resistance is a silent movie, staged by Shiner with four members of the audience who turn out to have some prodigious acting ability &#150; after a little coaching.

The moon of the title gets into the act from time to time, not only because of the lunacy of the performance, but as a prop, most sensationally at the very end.

Both these performers honed their prodigious talents on the streets and in the circuses early on, Irwin in San Francisco with the Pickle Family Circus and Shiner in Europe and Canada. They probably could have done stand-up like everybody else and had an easier time. But they chose to travel a different, time honored route, one that goes back to Commedia dell&#146;Arte and the early Punch and Judy shows, through the great silent comics of the infant film industry and the bawdy rough-and-tumble of the vaudeville stage.