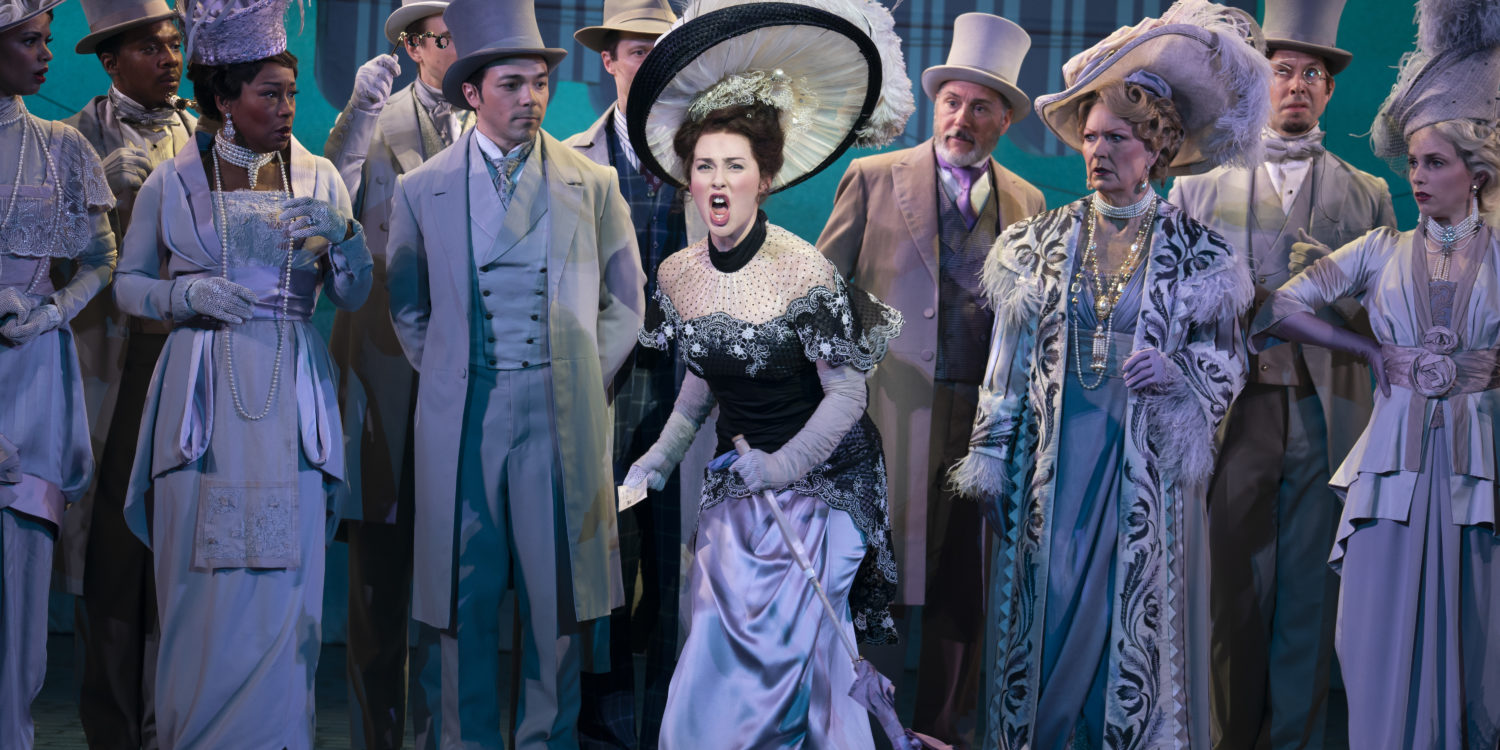 What an absolute delight it was to see this sensational revival of the legendary 1956 Lerner and Loewe musical, “My Fair Lady.” And while the 1956 Rex Harrison and Julie Andrews version was a Broadway phenomenon, this award-winning 2018 Lincoln Center Theater production of “My Fair Lady,” directed by Bartlett Sher, is at least as brilliant and perhaps even better. It retains a little more of the essence of the 1913 play “Pygmalion” by George Bernard Shaw (1856 -1950) on which the original musical version was based.

This enchanting musical story is filled with unforgettably clever lyrics and harmonious melodies, like “I Could Have Danced All Night,” “Get Me to the Church on Time,” “Wouldn’t It Be Loverly,” “On the Street Where You Live,” and “I’ve Grown Accustomed to Her Face.” Accompanied by a talented orchestra, they sounded just as lovely as I remembered them.

The dazzling Shereen Ahmed acts and sings beautifully as Eliza Doolittle, the plucky, poor Cockney girl who sells flowers on the streets of London. In the (slightly long) first act, after an encounter with phonetics professor Henry Higgins (terrific Laird Mackintosh), Eliza seeks out the stuffed-shirt, arrogant Higgins to teach her “proper English.” She spends six weeks learning to speak correctly while living with Higgins and Colonel Pickering (outstanding Kevin Pariseau) before she makes her introduction into upper-crust British society. Although her first attempt at mixing with the aristocracy at the Ascot races goes humorously awry, she meets Freddy Eynsford-Hill there (charming Sam Simahk), who falls in love with her.

The second act of the nearly three-hour performance involves Eliza’s debut at the formal Embassy Ball and its aftermath. Eliza has matured through her experiences and is in a quandary about what life holds for her now that she speaks like a lady. Although this section is sometimes overlooked, it is an integral part of the story, as is whether she will have a continuing relationship with Higgins.

This new version of “My Fair Lady” contains a smidgen more of Shaw’s socialist philosophy and a more perceptive view of the British class system and the life of the London poor. Eliza’s father, Alfred P. Doolittle (wonderful Adam Grupper), a dustman with an unusual philosophical bent, unashamedly claims he’s part of “the undeserving poor.”

The plight of women is also brought to the forefront. In one of the most famous lines of the play, Eliza schools Henry that the only difference between a lady and a flower girl is not how she behaves but how she is treated. And some of Higgin’s attitudes toward women do make one cringe. If the dialogue is too subtle, a group of suffragettes stage a protest during a street scene. Other modern touches include adding male dancers in drag to a cancan number.

The entire cast excels and the production is stunning. Michael Yeargan’s elegant set design, and the magnificent costumes by Catherine Zuber, especially in the “Ascot Gavotte” scene, are fabulous.

Much has been written about the ending of “My Fair Lady.” No spoilers here. Suffice it to say, Shaw wrote his own epilogue to “Pygmalion,” in which he told us what happens to the characters after the play ends. It’s well worth reading and is easily found on the net.

“My Fair Lady” is one of the most beloved musicals ever mounted. And San Francisco’s Orpheum Theatre is beautifully renovated. The combination of the glorious production and the elegant theater made for a thoroughly delightful evening.

All ticketholders, ages 12 and up, must show proof of full COVID vaccination for entry into the Orpheum Theatre and must wear masks.