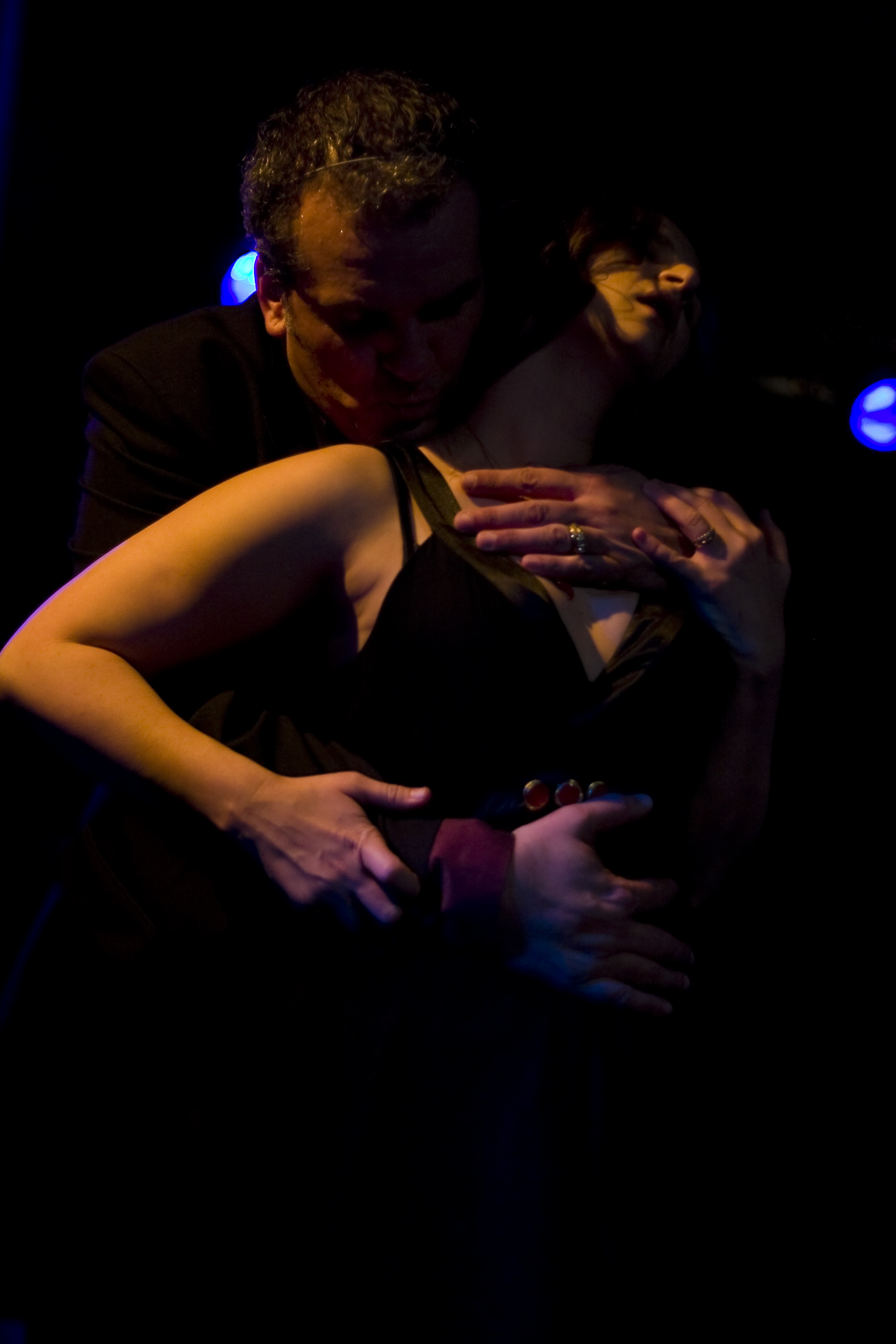 Imagine inviting a bunch of people over to a party, say in New York circa 1975, and on the way something in their brains shift so that they lose the ability to inhibit their innermost thoughts, fantasies and telling of their sexual escapades and desires. Wallace Shawn does exactly that in Our Late Night, now playing on the Catastrophic Theatre stage at DiverseWorks.

And what a dishy lot Shawn has conjured. This tribe knows no barrier between brain and tongue; secrets cannot be contained. Tony (Kyle Sturdivant) tells all about his night in the tropics. When Kristin’s (Karina Pal Montano-Bowers) plan of applying burning jelly is rejected by Jim (Troy Schulze), she suggests bondage as a second choice. Grant (Jeff Miller) gets off on his daughter’s leg hair and Samantha (Carolyn Houston Boone) vomits up bird feathers. These are the best friends of hosts Annette (Mikelle Johnson) and Lewis (Greg Dean), who just may kill each other later that night.

Our Late Night isn’t so much as a play as it is a dreamy dip into full-on voyeurism. Director Jason Nodler sets this up exactly with the facade of a modernistic hi-rise apartment. We literally watch the play thought the stunning windows of their sleek digs. We are not the only ones peeking into this naughty world. The characters all listen to each other with an intensity that amplifies the seedy content. Never has doing nothing on stage been this sexy. Gently miked, it’s as if the actors are whispering into our ears. Its marvelously creepy and effective.

The cast—superb all—consists of veteran Catastrophic company members along with seasoned newcomers. Johnson evokes a wistful Annette, girlish and devilish in one swoop. Her velvety voice pulls us right into the space of the play. Dean’s stern husband, Lewis, projects a rough authority and commanding presence. Schulze imbues Jim, the only one to keep his thoughts to himself, with an uncomfortable awkwardness. If the play had a second act, I imagine he would be next to explode. Schulze manages the tension well. Miller gives Grant, the smarmy doctor, a delicious edge. Sturdivant carries the arc of Tony’s tropical adventure with a manic momentum. Montano-Bowers gives Kristin a dark side of Nancy Sinatra vibe, equal parts funny and scary. Carolyn Houston Boone is understated, elegant, and the best listener in the bunch. She holds the space of this strange play with an uncanny grace. We want to know more about why she coughs up feathers.

Nodler’s direction holds true to Shawn’s brand of deviant realism, letting the silky prose push forward into the intimate spaces, without neglecting the base humor. It’s a difficult play made oddly beautiful, even serene and tender in parts. Nodler mines the material’s breathing spaces, keeping it authentic, and always human. Dean’s set is impressive and monumental for DiverseWorks, while Kirk Markley’s lighting design adds to the seductive ambiance. With Our Late Night, Catastrophic lives up to its tag line, “We will destroy you,” with yet another winning night of theater.